Bolwarra is the local Aboriginal name for the plant. Eupomatia from Greek eu, meaning well developed or good and pomatos, genitive of poma, a cover, because the flowers have a kind of cover over them; laurina from Latin laurus the Laurel.

There is also another related species endemic to Australia, E. bennettii, or small bolwarra. 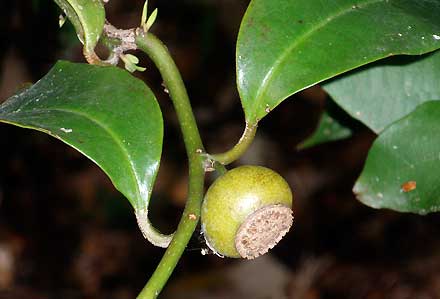 In spring and summer flowers appear all along the stems with a distinctive ether-like perfume, each lasting only one day. These are very primitive flowers, one of the reasons this is an interesting plant.

The flowers are pollinated by small brown weevils which are attracted by the perfume. They feed on the densely packed staminodes and in so doing transfer the pollen to the stigmas. 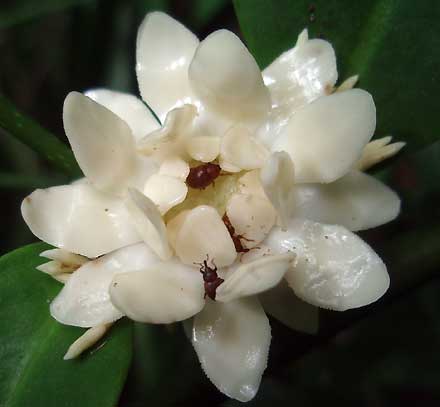 This photo shows the underneath of the flowering and the cup that swells to become the fruit after the primitive petals fall off. 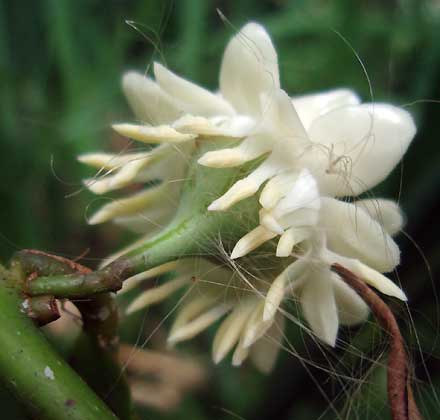 This photo shows the flower buds before opening, rather attractive conical spahes with rounded ends. 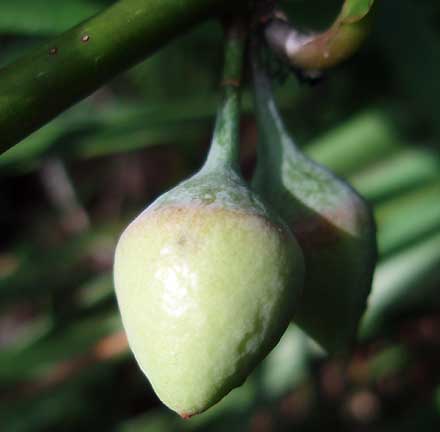 Bolwarra can be found along creekbanks throughout the Enoggera catchment. It can grow thickly, so much so that some bushcarers at first think it might be weedy. 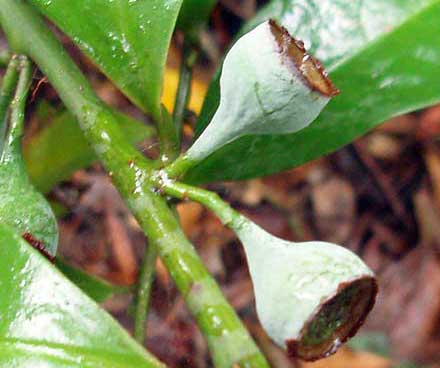 The fruit (a berry globose to urn-shaped, 15-20 mm diameyer, green turning brownish) has a cap on the outermost edge which falls off to leave a flattish scar.

The sweet pulp of the green fruit is edible but full of seeds which should be reserved for propagation. Fruits are ready to eat when they are soft to squeeze. The seed germinates after 3 – 5 months. 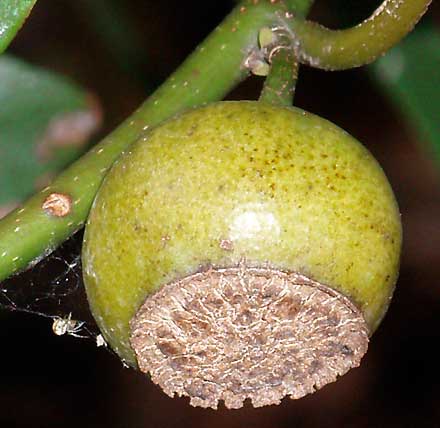