SOWN and Queensland Corrective Services (QCS) have a nursery partnership program through which high-demand native species are propagated and grown on at the Arthur Gorrie Correctional Centre (AGCC) before distribution around South-East Queensland. Since 2012, this nursery partnership has produced more than 830,000 native plants for distribution through the SOWN nursery, local government authorities and other catchment groups.

In 2022, the SOWN-QCS nursery partnership program is in the process of transitioning its location from AGCC to the Borallon Training and Correctional Centre (BTCC), which has an existing nursery program.

A nursery partnership was first trialled in 2009 by Brisbane City Council to supply native plants to southside Habitat Brisbane groups. In 2010 SOWN became involved and since then a small group of dedicated staff and inmates have worked with SOWN to expand the nursery, increasing propagation capacity and variety of plants by many times. SOWN nursery manager, Dick Harding, has run the partnership program since 2010 with Kobus Havenga from QCS.

A large proportion of the plants propagated are Lomandra sp. which are in high demand for SOWN planting projects. These hardy native plants help stabilise creek banks and create a buffer to filter water as it flows into the creek. With the QCS partnership program handling most of our lomandra production, SOWN volunteers are able to concentrate on seed collection, cuttings and other strategies to increase the nursery’s biodiversity. 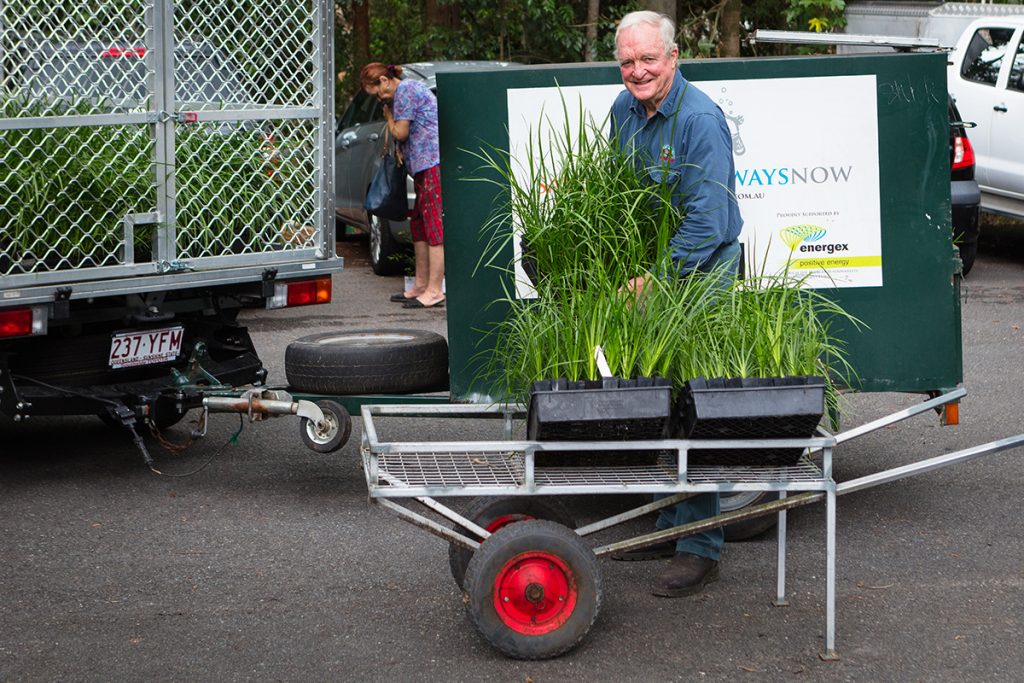 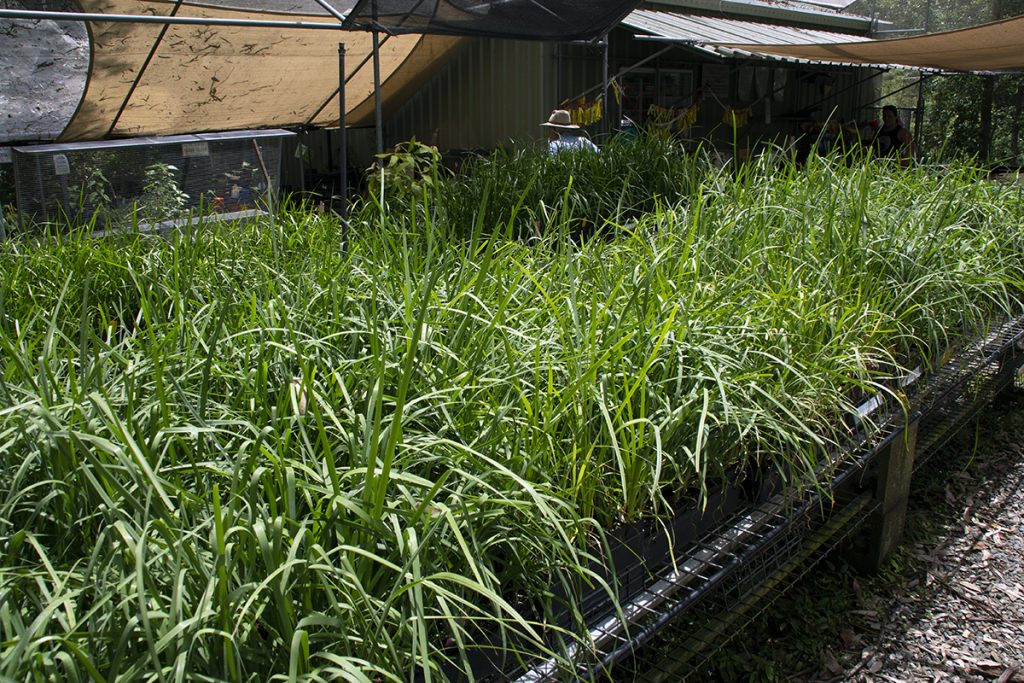 How the partnership works

SOWN volunteers collect seeds from a variety of local native plants. Some of these are germinated at SOWN’s nursery and taken to the correctional centre as seedlings to be transferred to 5cm tubes – so called ‘potting-on’. Other seed is supplied direct to AGCC to germinate in their greenhouse. Another chore done ‘inside’ to free up volunteer time is used tube washing.

When the tubestock plants are ready to plant, SOWN volunteers visit the prison to collect and deliver them to the SOWN nursery and other catchment groups. During the 10-year life of the project, the AGCC workshop has also made native wildlife nesting boxes, bred red-claw crayfish for Australia Zoo, grown koala food plants, and made steel benches and wire mesh trays for carrying tubestock for SOWN. SOWN provides plant tags and books on native plants for the prisoners to learn about the plants they are helping to grow.

The benefits of this partnership for both the prison community and SOWN make it a multi-dimensional project with huge benefits to the South-East Queensland community and the environment. Because of this, in 2014, the partnership program won the Healthy Waterways community award and the overall Minister’s prize. Doing something worthwhile and making a contribution to the community gives prisoners a boost. Inmates involved in the nursery program have the opportunity to gain formal qualifications in horticulture.

In the first few years of operation, SOWN substantially funded the nursery partnership program. Subsequent discussions with Queensland Corrective Services have secured ongoing funding for the expenses of the partnership.

In 2019, SOWN purchased a purpose-designed trailer, in conjunction with Paten Park Native Nursery, to transport plants from AGCC to our nursery. Funding from Brisbane City Council’s Environmental Grants program contributed significantly to the purchase of the trailer.

Recent negotiations with QCS have secured funding for our move to BTCC in 2022, including the construction of a new greenhouse and covered grow-on area, and ongoing funding for the operation of the nursery partnership program. 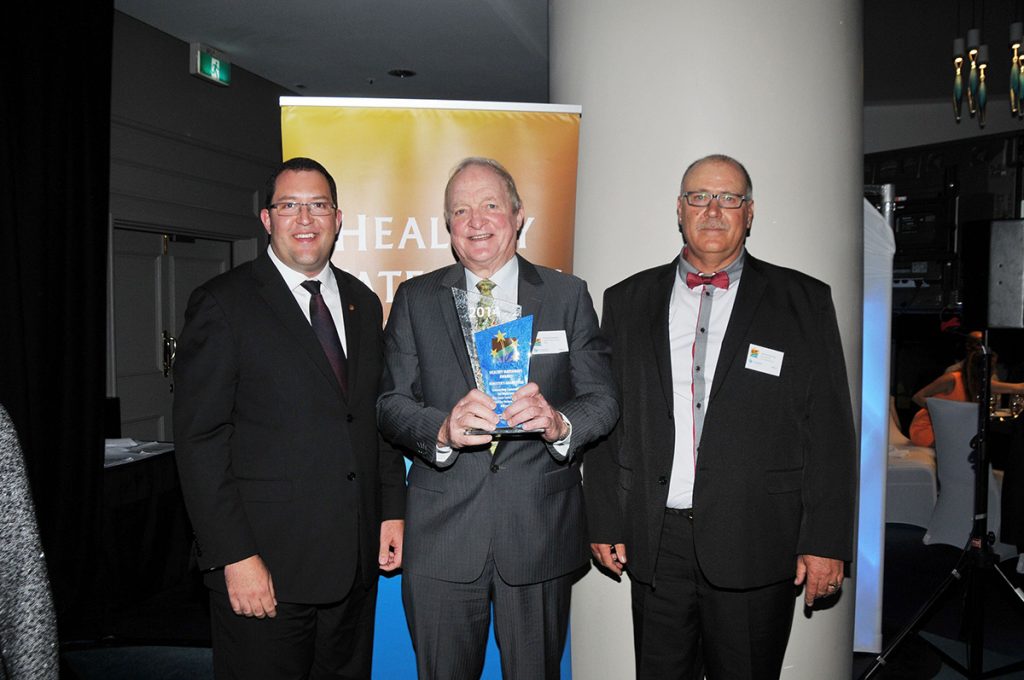 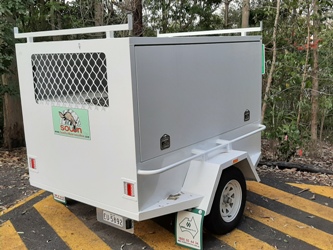