SOWN President Renée McGlashan said Aidan hosted a planting event on Sunday 24 April in Glen Harding Park on the bank of Ithaca Creek where the transformed weed tree is located.

Aidan had teamed up with arboricultural company Habi-Tec, Brisbane City Council’s Habitat Brisbane program and Gardening Australia’s Jerry Coleby-Williams who joined with the local community to plant 250 native species around the base of the tree.

Prior to the planting, Habi-Tec removed the crown of the tree leaving the trunk and major branches. Holes were drilled in the wood to create wildlife hollows.

“One of the brilliant things about Camphor Laurels is that their wood is soft. They often produce hollows at the age of 30 years whereas a native Eucalypt will take 100 years to produce equivalent hollows,” he said.

Aidan said the hollows were various sizes to accommodate species as diverse as possums, gliders, microbats and native bees.

The teenager has become an enthusiastic bushcarer after living near Ithaca Creek all his life.

“I saw the creek was not well looked after. It was full of weeds and I thought I could do something here,” Aidan said and so he became a bushcare volunteer.

A neighbour introduced Aidan to the Gardening Australia team which led to the Camphor Laurel project.

Renée said Jerry and Aidan made an inspiring duo.

“Their combined enthusiasm for plants is inspiring and infectious.

“Thank you Jerry for your time and being available to come along and join in this event. Thanks also to Paten Park Native Nursery for coming along to help and our incredible Habitat Brisbane Officer, Jodi Rees,” she said.

The story will feature in a future Gardening Australia episode. 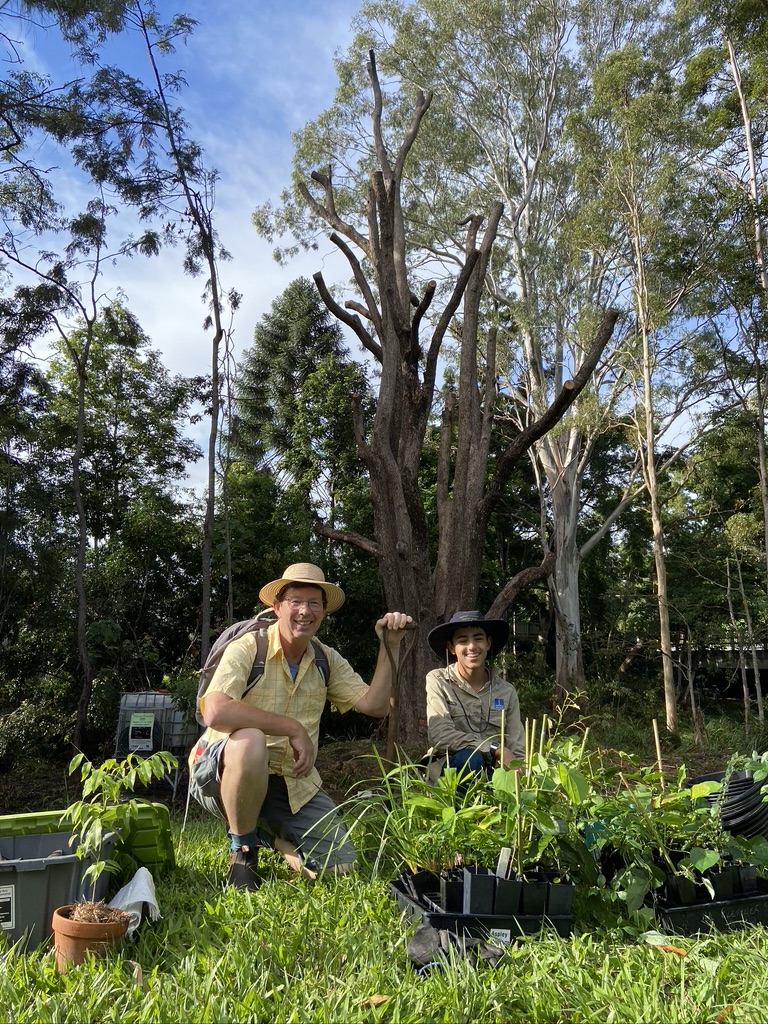 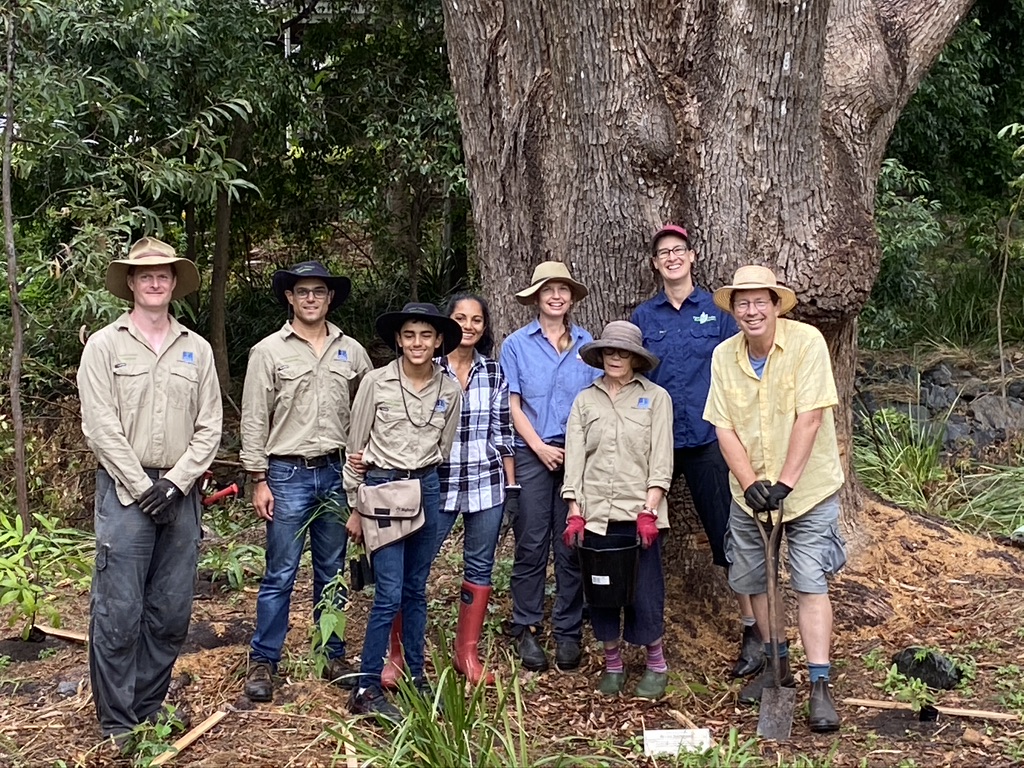 Some of the volunteers at the planting on 24 April.