← SOWN shortlisted for NRMA People's Choice Award Seed to collect in July →
No, this is not watermelon. It is a cat’s claw tuber painted with herbicide containing red enviro-dye. Isn’t it pretty!

While working in St Joseph’s Forest, SOWN’s commercial arm, Creek Rescue and Catchment Care (CRACC), experimented with differing methods of treating a dense infestation of Cat’s Claw Creeper opposite Carwoola, on a slope with good remnant vegetation. Spraying a foliar spray over the Cat’s Claw wasn’t an option, because there were so many good plants under it.

CRACC targeted the biggest vines first, some as thick as a man’s arm at the bicep, to rescue the Grey Gums, Spotted Gums, River Red Gums and Tallowwoods along the slope. The vines were cut with a pull saw and painted with neat herbicide.

Then the massed vines over native shrubs were removed carefully, cut down low and painted with herbicide. In some areas the Cat’s Claw was a continuous carpet. In these areas CRACC tried two different methods to see which might work better.

In one area the catsclaw was scraped back with a pullsaw leaving some broken stems poking through the surface. These exposed stems were then treated with a spray of Glyphosate herbicide at a rate of 10 parts water to 1 part herbicide.

In another area the tubers were exposed, then cut across the mid section and painted with neat herbicide with added red dye and penetrant. They looked to strange and bizarrely attractive CRACC called Mark Crocker who came out to take some photographs. The photos below are the result. 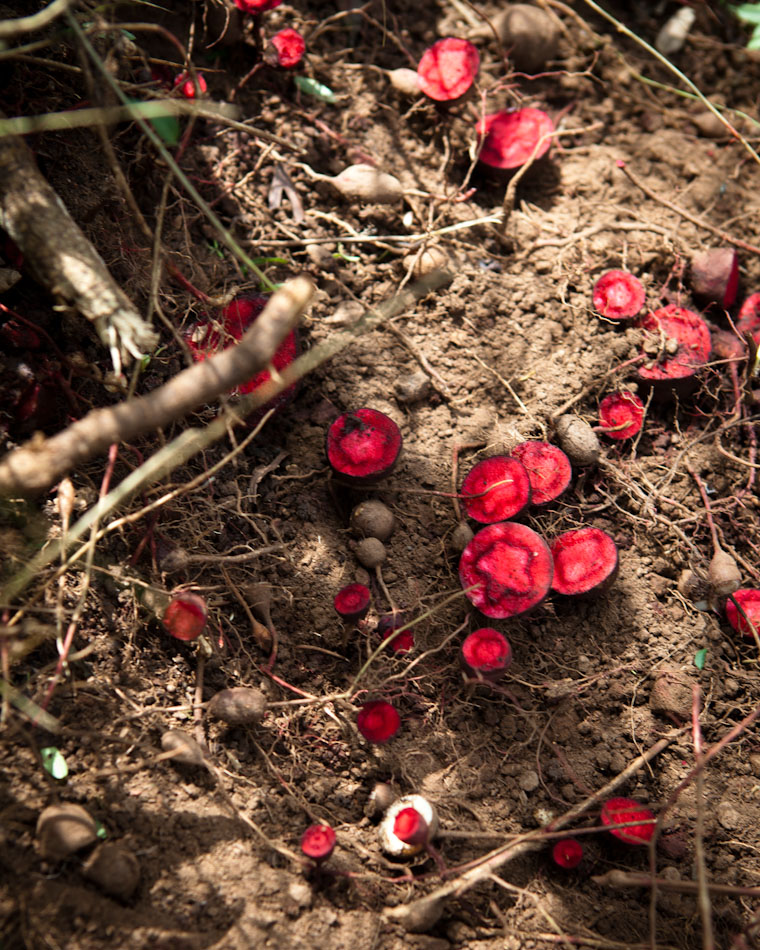 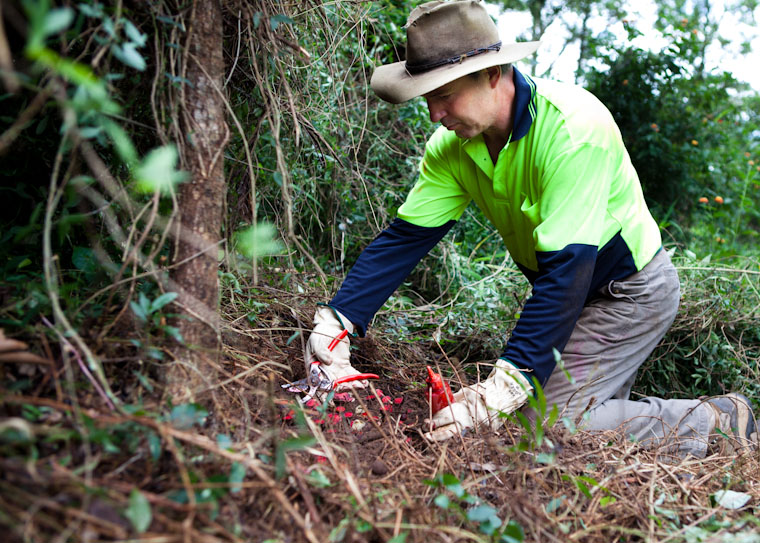 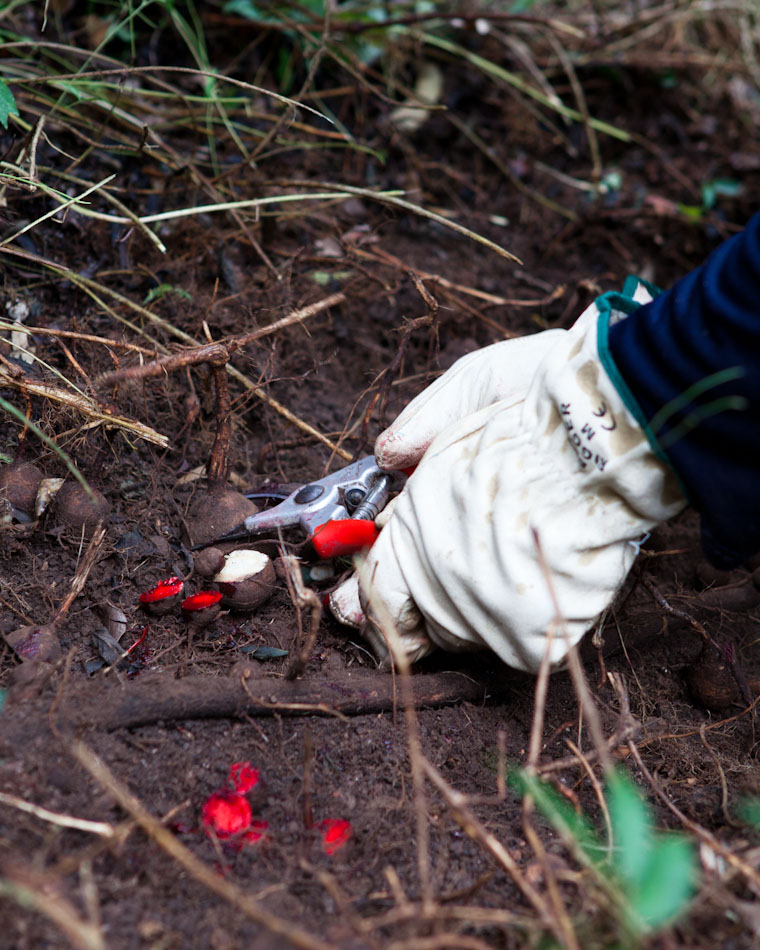 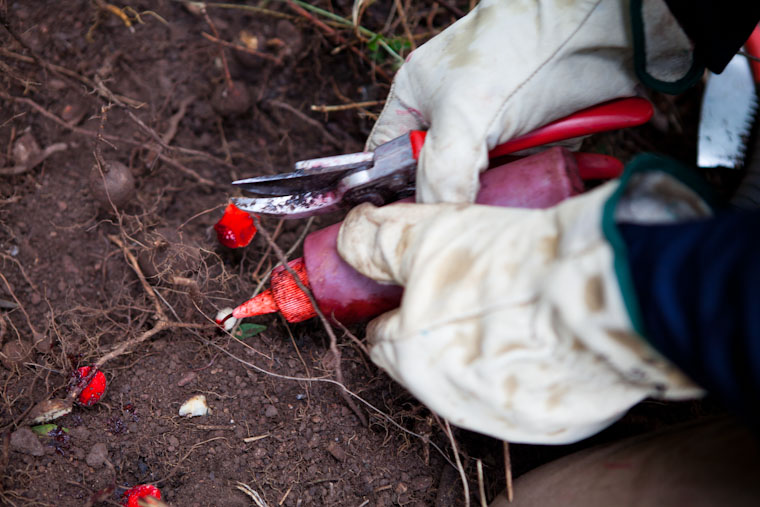 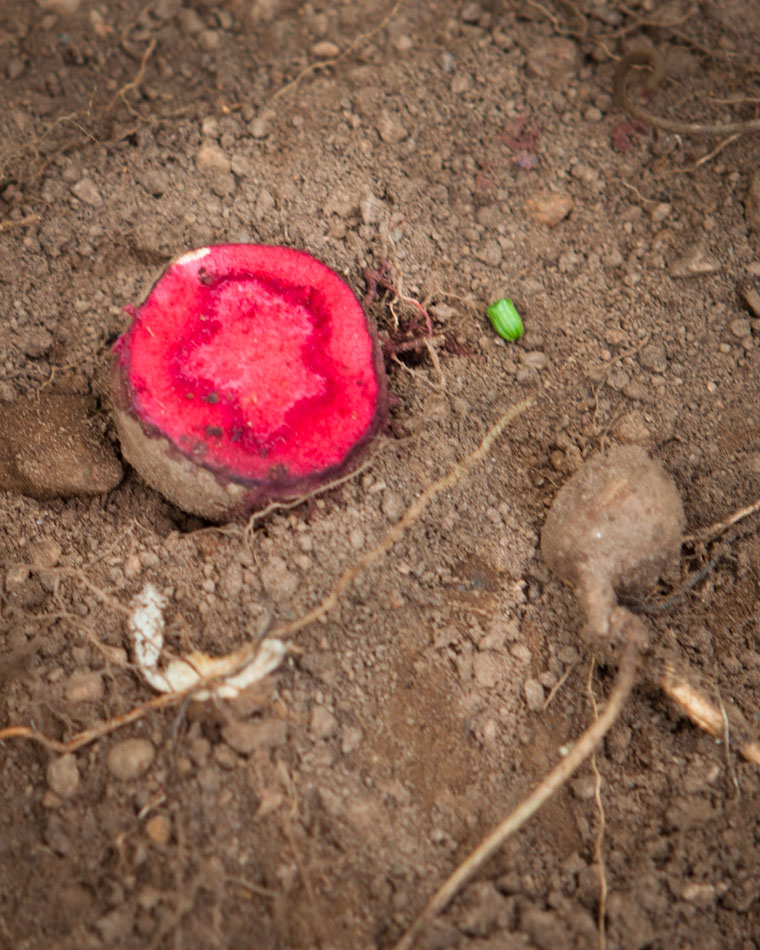 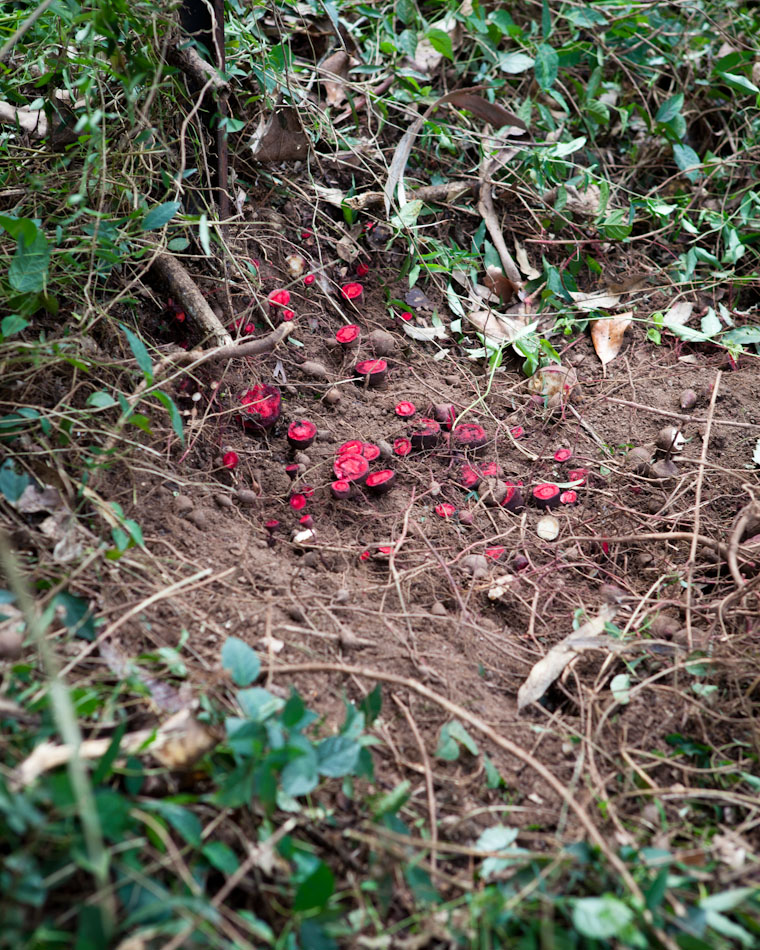 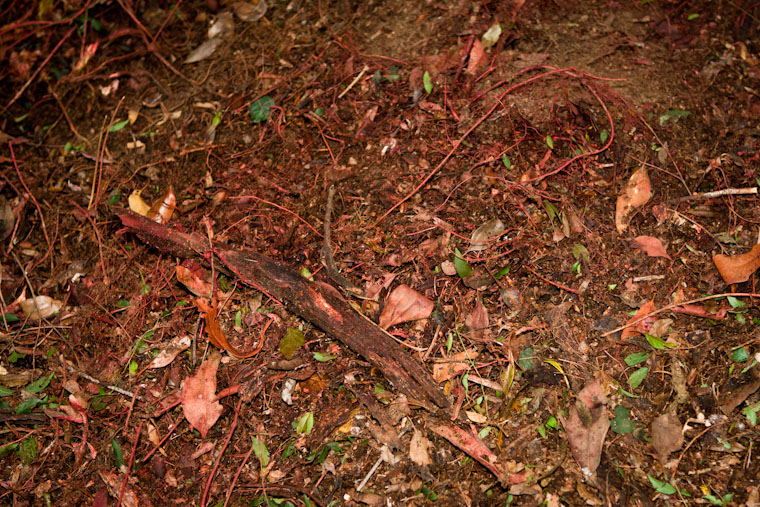