The Watercress Farm Bushcare Group site extends for 600 metres along the southern side of Enoggera Creek, near Allamanda Street, The Gap.

When Mick Bruhwiller moved to the new Watercress Farm estate in 1993, he and his neighbours realised the potential of the mown creek bank along Allamanda Street. We wanted to create a buffer zone of trees between the creek and the footpath.

The group decided to do a plan for Council to get their support. With Brisbane City Council backing and a staged approach, the community got behind the project. At the first working bee the whole estate turned out to plant more than 700 trees.

Running working bees every 6 weeks or so, Watercress Farm Bushcare Group took 15 years to complete stage one. Trees and other native plants were well established along the creek bank and the site was looking good. Then the Gap storm caused major havoc in 2008. “There was no foliage on the trees. The weeds came up. It kept us pretty busy cleaning up,” Mick says.

Since then the group has worked to keep the weeds under control and extended the site all the way to Payne Road. Mick estimates they’ve revegetated the creek bank with between 8,000 and 10,000 native plants.

These days the core group is five local families who work hard weeding and planting and then enjoy a get together after the working bees.
Mick says working with his neighbours to create a rainforest park has been extremely rewarding.
“It’s the satisfaction it brings you to look at the bush, to have your grand kids running through the bush. Here we are living in a city and right on our front doorstep is bushland flora and fauna. It’s good to get out there in the bush. I love doing it,” Mick says.

The work of the Watercress Farm Bushcare Group has created a community and a riparian rainforest park along Enoggera Creek.

For more information about Watercress Farm, contact Bob Granger on 0413 310 867. 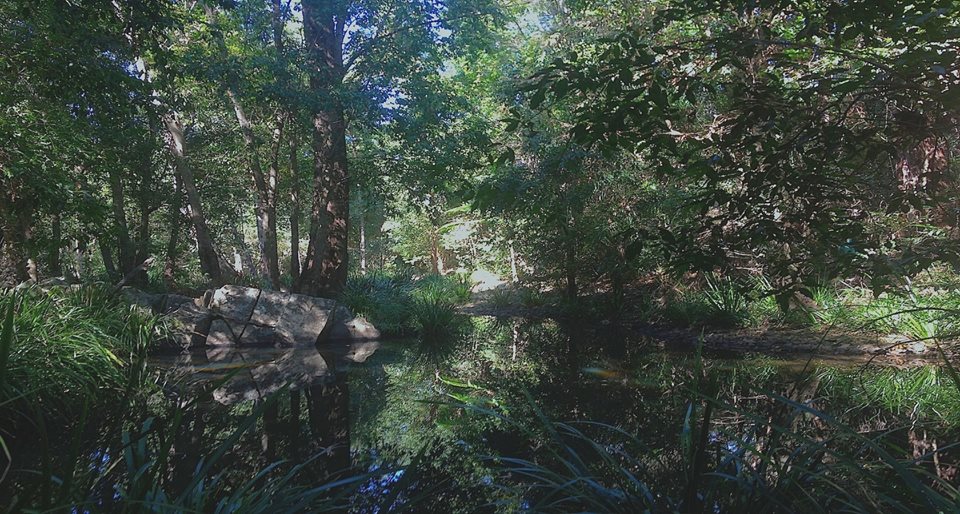