Where Fish Creek meets Enoggera Creek, Walton Bridge Reserve is an urban rainforest in the heart of The Gap. The site has been a reserve since the nineteenth century and contains an important patch of remnant dry rainforest. It is linked to the Enoggera Army Barracks, which contains large areas of relatively undisturbed dry sclerophyl bush. The active Walton Bridge Reserve Group meets 4pm on the first Saturday of every month except January. In 2010, the group began restoring the Fish Creek corridor between Lochinvar Lane and Glenella Street which became the Glenella Street Park bushcare site. For more information phone Anne Jones on 0438 047 910, or check out the group’s Facebook page. 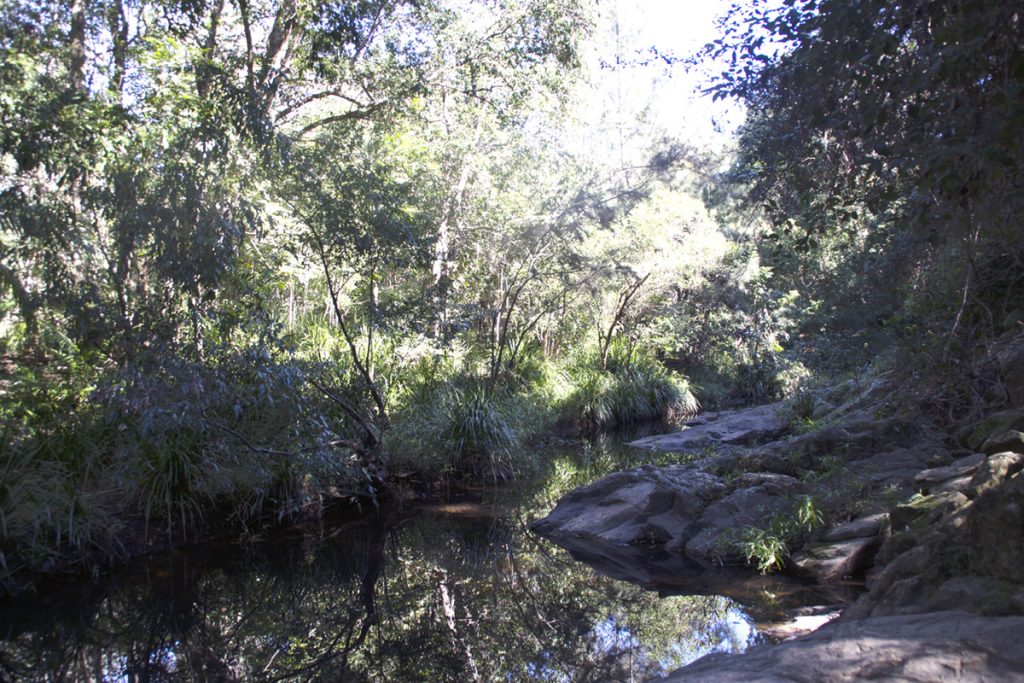 Walton Bridge is a popular recreation spot with a history. It has been a meeting place for the local indigenous people and a rest area for bullock teams traveling west. The junction of the two Creeks, Fish and Enoggera, was an important meeting place for Aboriginal people.

In 2003 Robert Whyte, along with Mark Crocker and Anne Jones, decided to do something about the rampant weeds at Walton Bridge Reserve. When they first started you couldn’t get to the creek, there were so many weeds. There was head-high cane grass Pennisetum purpureum at the Rita Huggins’ Memorial. Upstream near the bridge there were masses of elephant’s ears Colocasia esculenta. Then there were vines over everything. Balloon vine Cardiospermum grandiflorum, devil’s fig Solanum chrysotrichum, caster oil plant Ricinis communis, Chinese elm Celtis sinesis, privet Ligustrum sinense, camphor laurel Cinnamomum camphora and ochna Ochna serrulata – Walton Bridge had all the bad weeds.

The group started clearing cane grass along the creek bank, working a few hours every day for four months. Once the weeds were gone, a natural sandy beach reformed. They discovered remnant bush that had never been fully cleared. That meant they could learn more about the local native plants. After six years Walton Bridge was recovering well, but that’s when the drought ended. The area was hit hard by flooding. Up until that point, the group had been planting with no understanding that they needed to be looking at flood maps. It was a tough learning experience. The plants which couldn’t survive flooding were lost. They were replaced with more flood-tolerant species. More than 10,000 plants have been planted at Walton Bridge since 2003.

In 2017, Rob published A Field Guide to Spiders of Australia which included numerous specimens photographed at Walton Bridge. 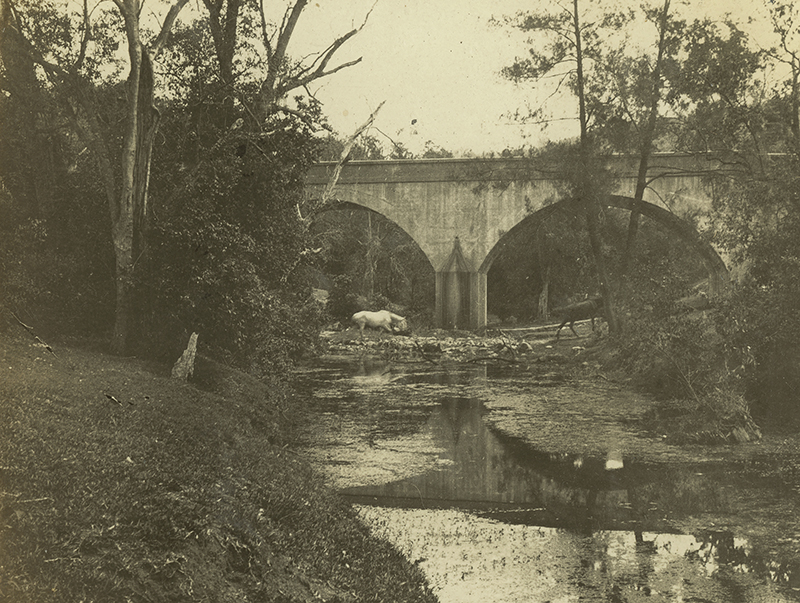