← SOWN Finalises Catchment Plan Donate to the SOWN Environment Fund →
The Founder and Patron of SOWN Brian Hallinan has died. SOWN President John Abbott writes “Cr Steve Toomey rang me late this afternoon [Wednesday 3 November] to let us know that Brian Hallinan passed away last night. He did not wake this morning and died peacefully in his sleep. Although he had some recent illness and injuries, and bruises to show off, many of you will remember that he was in good form when he visited SOWN for morning tea recently. So this is a shock … I am so pleased that we were able to recognise his role and long contribution in our history book in 2019.” 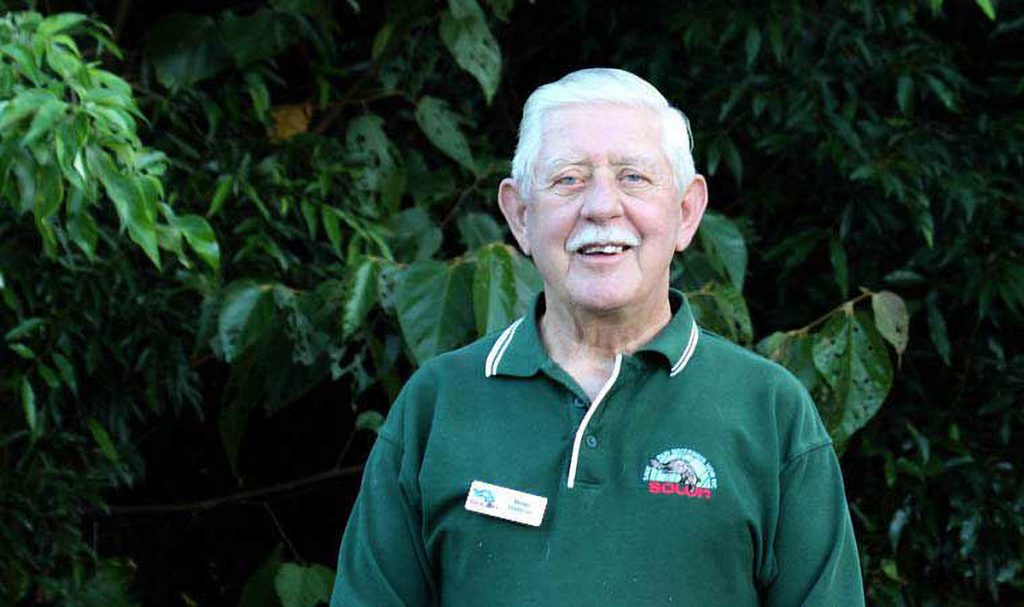 Funeral: Brian’s funeral service will be held at 10 am on Friday, 12 November at the Sacred Heart Catholic Church, Camp  Mountain Road, Samford.

Brian was such a great ideas man and his legacy to the residents of the ward and also Brisbane are amazing. He was a greenie long before it became a popular term. Firstly he was an effective local councillor good at delivering the basics that BCC delivers. The ward was in pretty good shape when I became Councillor. I liked the fact that I could seek his advice and that he never once gave me any gratuitous advice.

Beside the most important project in setting up SOWN which changed the way the community valued our creeks, was his fight in 1988 to stop the development of the land in Whitehead Road which backed onto Mt Coot-tha. He pitched the concept of a bushland levy to buy environmental land to Lord Mayor Sallyanne Atkinson and the rest is history. That block was the first purchased with the levy. The other legacy was the bikeways. I’m so glad that I got the chance while he was still around to name the first bikeway in The Gap after him. Without his vision Twahame Cottage wouldn’t be there as the home for Men of the Trees, SOWN and the Paten Park Native Nursery.

Lastly he was very much a Rotary-Lions man and was responsible for the first Australia Day Citizenship held away from City Hall hosted by Ashgrove-The Gap Rotary.

It was a great joy and privilege to continue his work, particularly SOWN which I consider the most important ongoing community project in The Gap. I consider myself very fortunate to have known Brian. 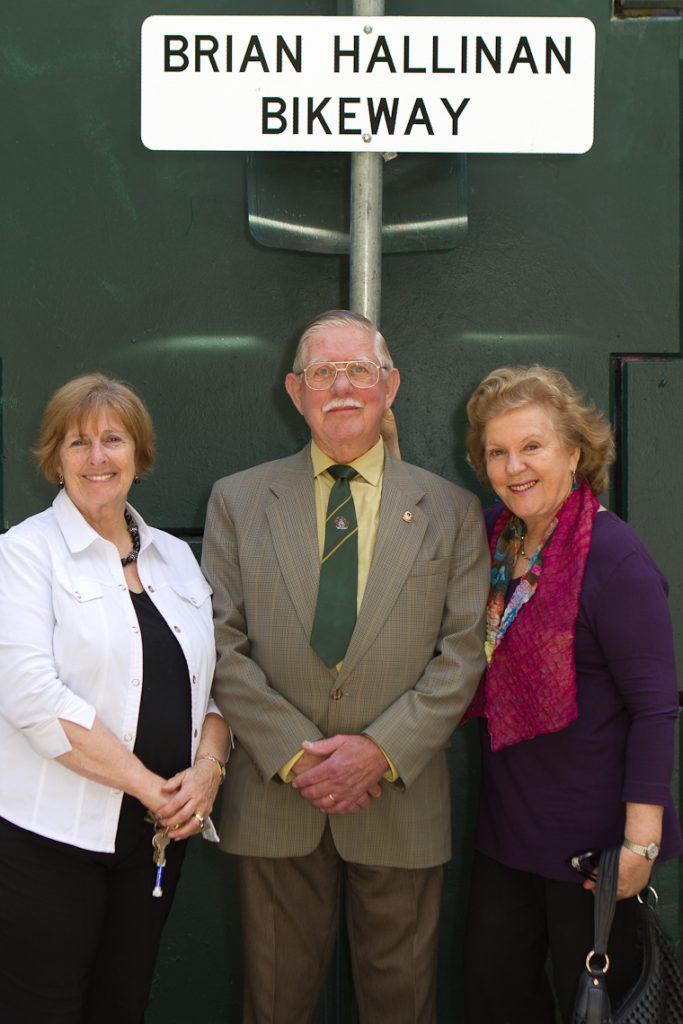 Brian was a wonderful alderman and a sterling contributor to both his city and his ward. SOWN owes its existence and strength to him and he will be sorely missed. As someone who had much to do with him in the foundation days I shall miss him as a mentor, guide and mate. 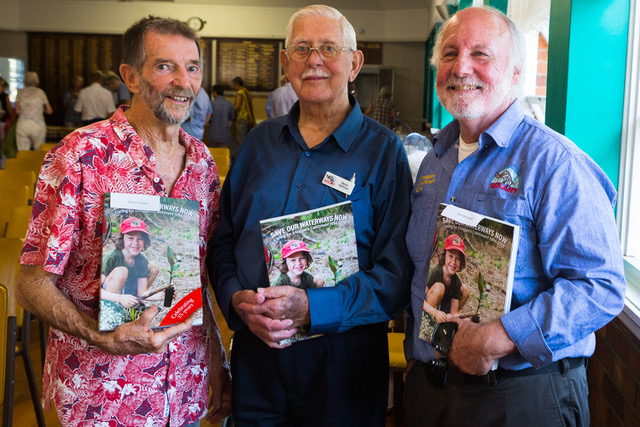 Trevor Ozanne, Brian Hallinan and Bob Whiteman at the launch of Save Our Waterways Now: Caring for Enoggera Catchment 1994-2019 in 2019. PHOTO: Mark Crocker

By September 1993, Brisbane City Councillor for The Gap ward, Brian Hallinan, had become concerned that the Council was treating Enoggera and Ithaca Creeks merely as drains for the speedy removal of stormwater. He was critical of the bulldozer methods used to clear the creeks of weeds, without realising that those weeds, though mostly exotic, were the habitats of many species of native birds, animals and reptiles.

Brian’s plan was to establish a community-based organisation, which would provide the knowledge, energy and enthusiasm, to carry out the rehabilitation of the creeks and gullies in the Enoggera Catchment. As a member of Men of The Trees, Brian sought their help to set up a catchment organisation. With Men of the Trees as the auspicing body, Brian applied to the Federal Government to fund a project which would kick-start on-ground restoration work in Enoggera Catchment. To his delight his application was successful and the project received $174,000 in funding from the National Heritage Trust to pay for a coordinator, equipment and expenses.

In order to tap into local knowledge of the creek system, Brian invited the existing Enoggera Creek Association to form the nucleus of a steering committee to manage the project which he called Save Our Waterways Now (SOWN).

EXCERPT: Save Our Waterways Now: Caring for Enoggera Catchment 1994-2019 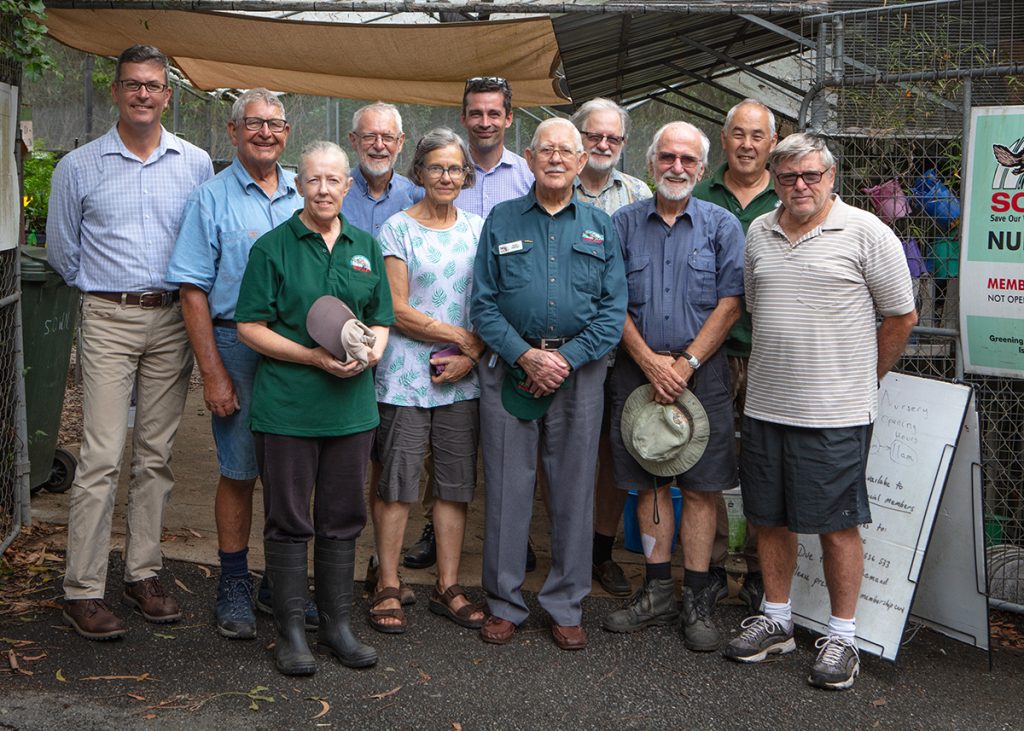 Talking Creeks was an oral history project in 2010 that documented how SOWN was established. Brian’s interview revealed that behind this practical exterior there lurked a colourful life story. Listen to the Talking Creeks interview with Brian Hallinan. 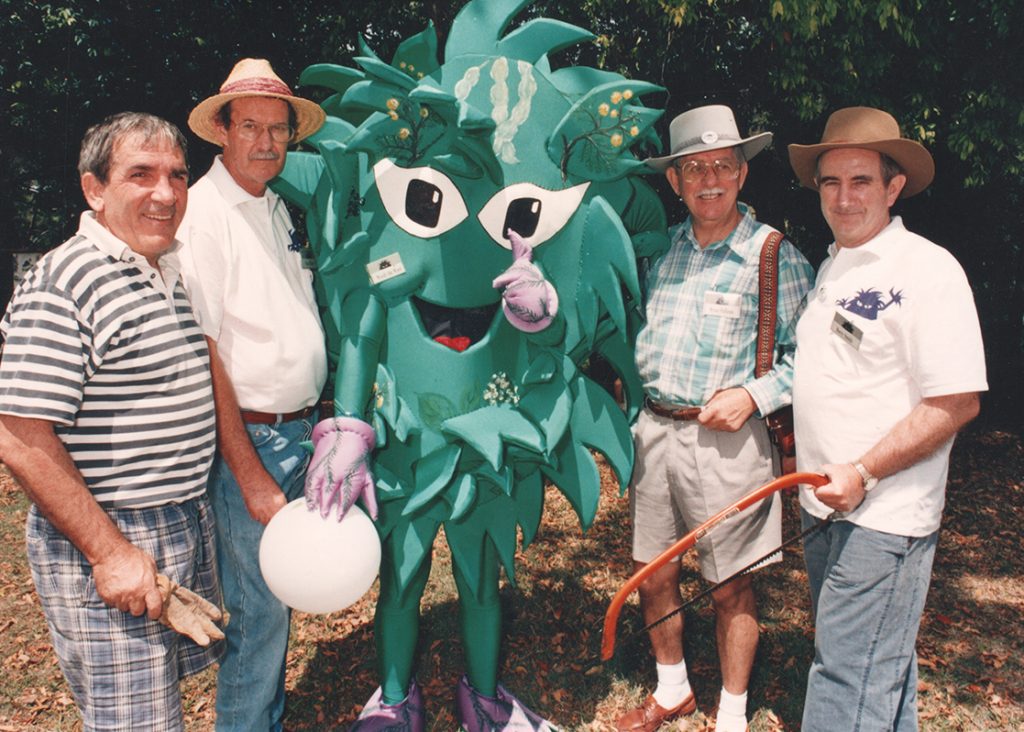 Brian Hallinan is shown here at Weedbusters Day at Yoorala Street West with Woody the Weed in 1996. PHOTO: BCC

Brian was a visionary thinker who recognised the value of the natural environment and believed in the value of community action. In 2006 when SOWN first established a website, Brian was keen to learn about the new technology and how it could further SOWN’s goals. 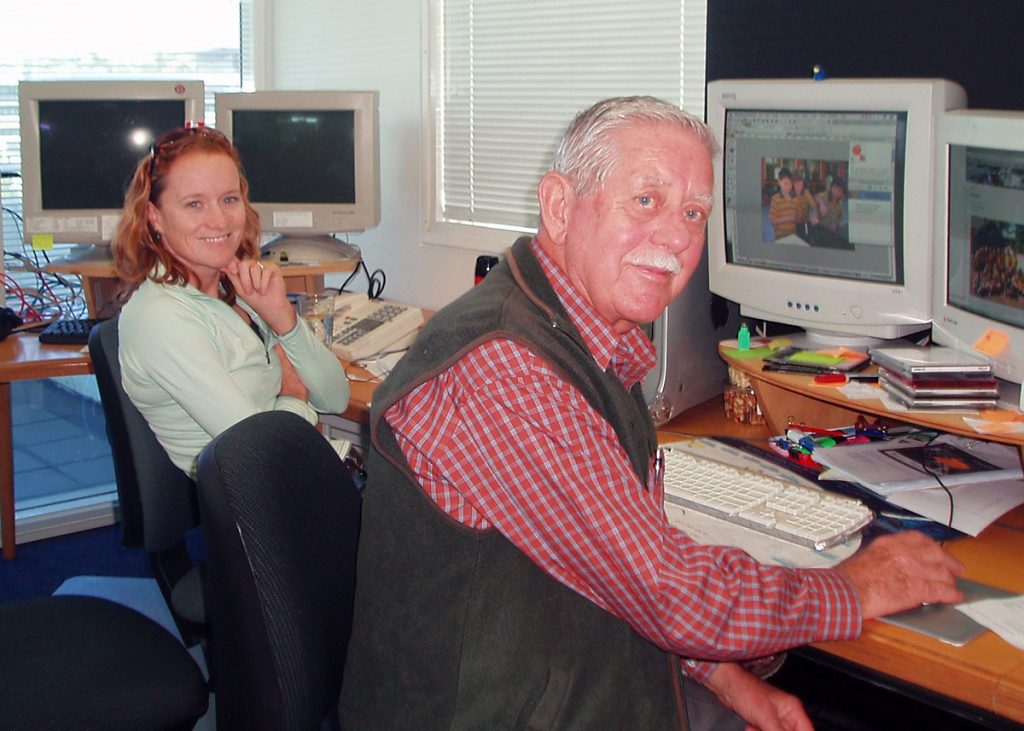