A parrot common to the eastern seaboard of Australia, ranging from Queensland to South Australia. It is also found around northwest Tasmania. Its habitat is rainforest, coastal bush and woodland areas. Probably the most colourful and noisiest creature on earth! Dark blue head and stomach, a bright green back, tail and vent, and a red breast and beak.

Rainbow lorikeets feed mainly on pollen and nectar, and possess a tongue adapted especially for their particular diet. 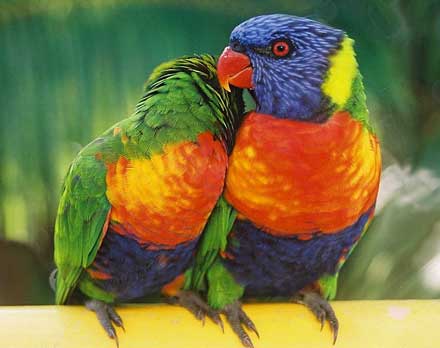 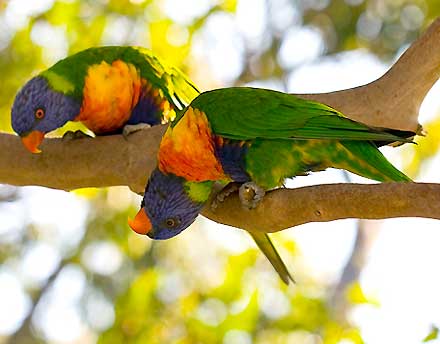 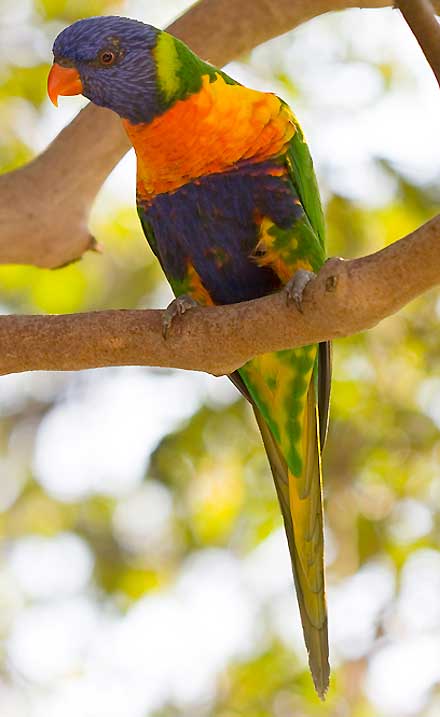