← Thunbergia alata (ACANTHACEAE) Black-eyed Susan Sphagneticola trilobata (ASTERACEAE) Singapore Daisy →
Since it was first found growing in a drain in Toowong, this plant has popped up in several new locations around Brisbane including in Ithaca Creek and Enoggera Creek.

Thalia is an aquatic, upright, emergent perennial with 1 m long arrow shaped leaves on thin stems. It forms dense clumps to 3 m tall and has the potential to become another environmental weed which will choke waterways and exclude habitat for native fauna. 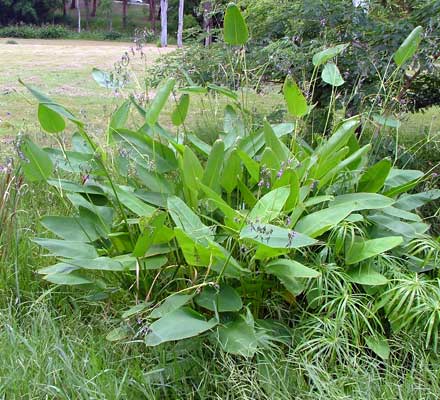 Thalia can be easily identified by its attractive purple and white flowers, which are borne on zig-zagged stalks at the top of the stems. 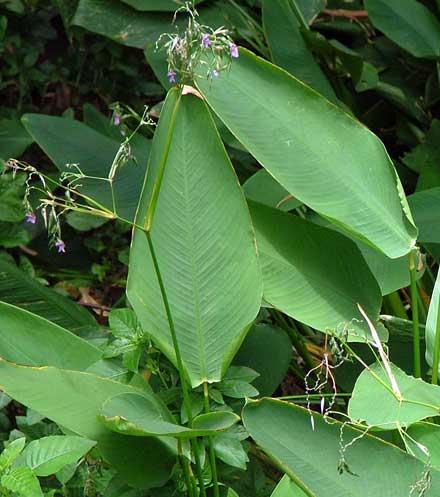 It flowers and fruits through summer and autumn and can spread through vegetative clumping and seed dispersal along waterways. 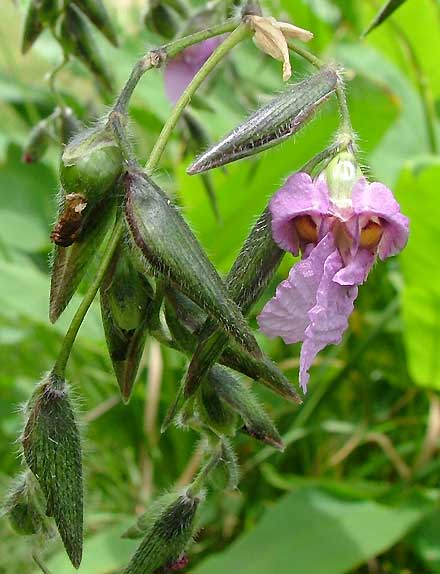 If you find Thalia in your waterway, report it to local council. It can be treated effectively by cutting and painting with Roundup biactive, which is registered for use in a waterway. 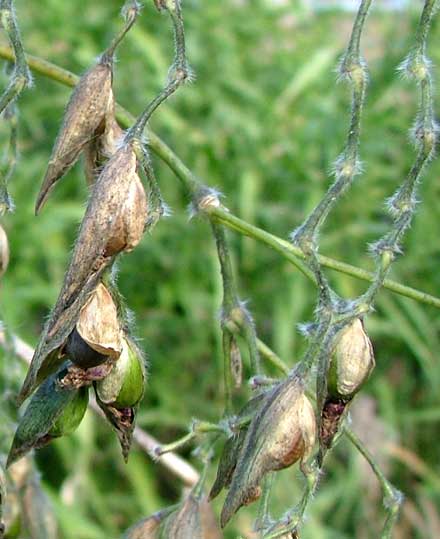