This wasp-mimic fly has dark colour wings, yellow and black bands body and large eyes. It mimics a wasp or bee, but is a Dipteran fly. 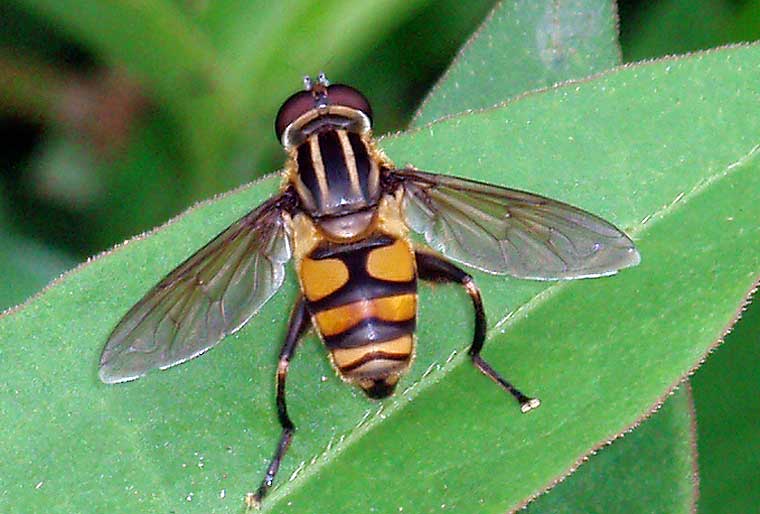 Wasp mimic, often seen hovering near flowers. They feed on nectar and help to pollinate flowers. The brown larvae feed on aphids and pupate on plant stems. This seems to be a male. 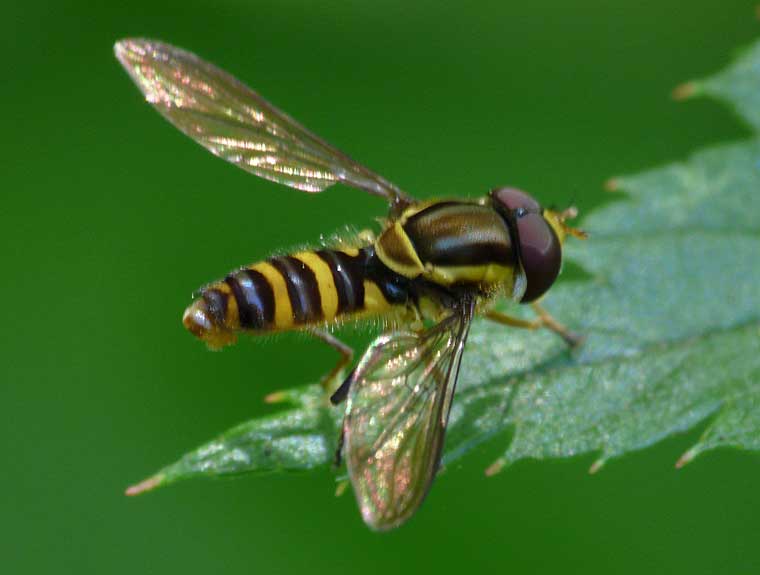