Stonebrook bushcare group acknowledges the traditional owners of the land for which we now care. The aim of the group is to care for this site and to keep noxious weeds under control, encourage regeneration and plant sympathetically when the climate permits.

There’s no escaping the fact that Stonebrook bushcare site is actually an old local dump site and most of the original bush was badly affected or destroyed. Older neighbours say that one part of the site was regularly burned by bushfires.  Nevertheless there are some lovely remnants such as Backhausia myrtifloria, Alyxia ruscifolia and Acacia bakeri.

Four town house complexes have been built within close proximity to the Stonebrook bushcare site so it’s pleasing that locals seem to respect what we are doing.

Our small, hard-working group meets on the third Sunday of most months at 0830 in winter and 0800 in summer. Working bees are cancelled in high temperatures and when it rains. We welcome new members.

Just six months after she moved to the Stonebrooke development in 2010, Maggie Magafakis volunteered at an Ithaca Intact planting event on National Tree Day little realising her life was about to change. The planting was going to need a local person to look out for it and Maggie put up her hand.

Stonebrooke bushcare site began as a strip planting of about 75 metres on one side of the creek. Nine years later Maggie is group leader for a half-kilometre stretch of Ithaca Creek from Carwoola Street Bardon though most of Purtell Park – on both sides of the creek. Fortunately she has been able to recruit enthusiastic locals to join the group. Many of them moved to the area in the last couple of years since a development called The Canopy opened on the opposite side of the creek.

Before Stonebrooke bushcare group began, some creek restoration and tree planting had been done by local groups including the Bardon Lions Club and Sathya Sai, an international spiritual group.

The site is not without its challenges. Before Purtell Park became a sportsground, it was a rubbish dump. Landfill was placed over the waste material but contaminated water continues to seep into Ithaca Creek despite Brisbane City Council efforts to remediate the site. During the construction of Simpsons Road part of the creek bank was compromised with inappropriate landfill. Huge Camphor Laurel and Chinese Elm weed trees lined the creek. While some native trees remained such as Weeping Lilly Pilly Waterhousea floribunda, these were cloaked with weedy vines particularly cats claw creeper and Madeira vine.

Stonebrooke has received several grants from Brisbane City Council and continues to get significant support from the Habitat Brisbane program.

In 2019, Stonebrooke has become a sanctuary for the local residents. The secret is natural regeneration when the native plants begin to come back. They are getting lots of blue quandongs and waterhouseas. The lizards are happy. The birds are happy. It’s fairly weed free and becoming a wonderful environment. They’ve made lots of progress and it’s a beautiful site. 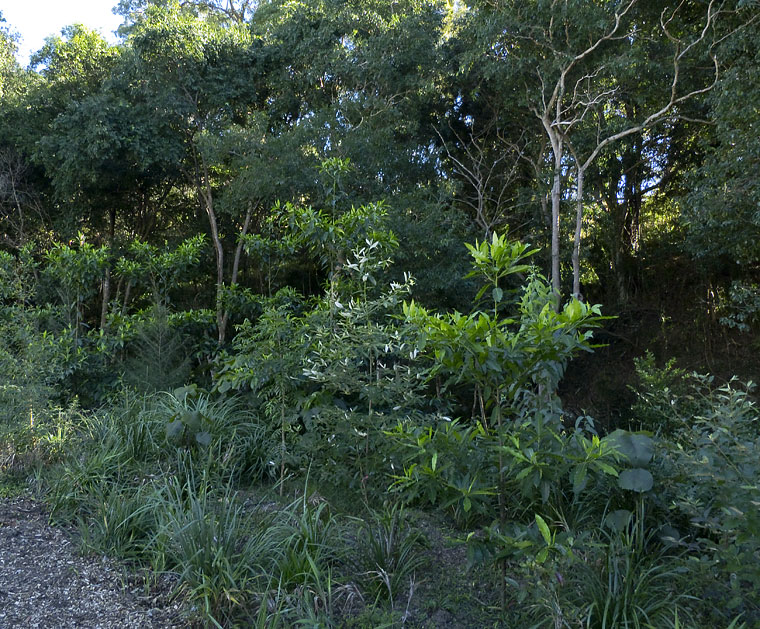 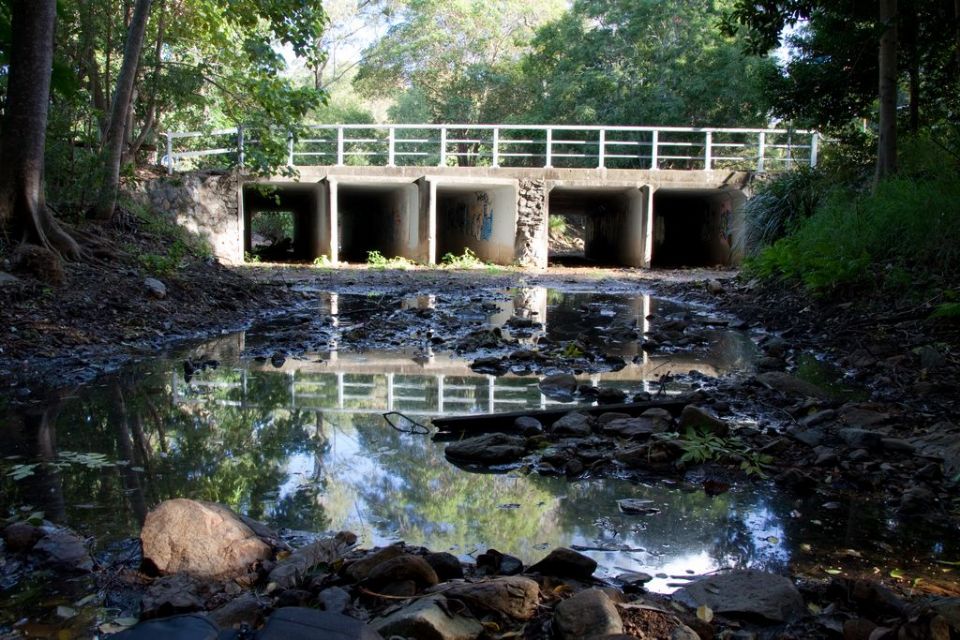 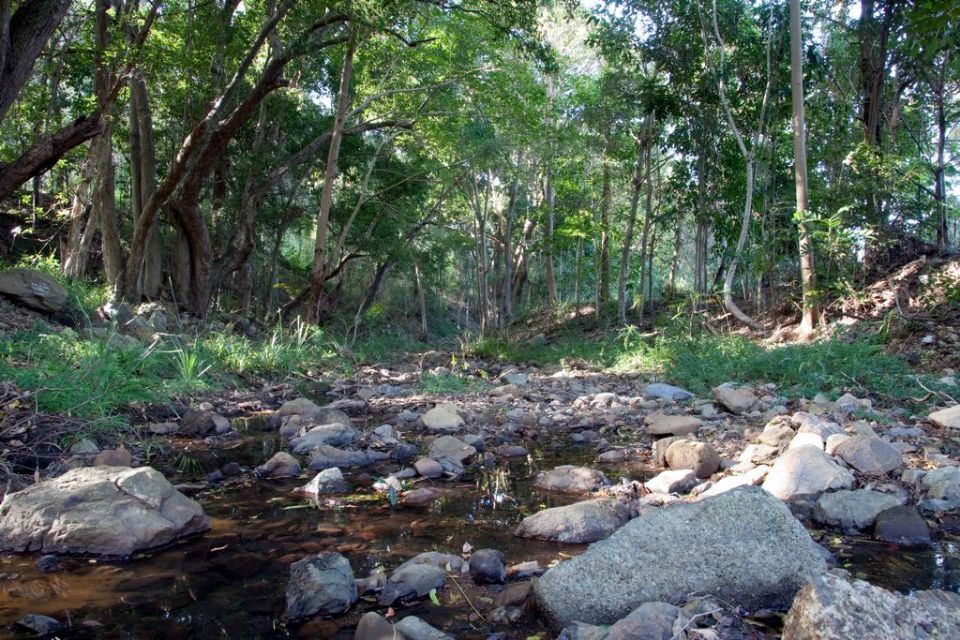