The project not only won the community award, it won the overall Minister’s Grand Prize, worth $10,000, awarded to the most innovative and outstanding project of the year. The prize is provided by the Department of Environment and Heritage Protection.

Since it began in 2009, the project has grown considerably. It involves students and community collecting native seeds for prison inmates participating in horticulture training at Arthur Gorrie Correctional Centre. Tens of thousands of plants have been grown and returned to the community for planting in waterway restoration and education activities.

SOWN Nursery Manager Richard Harding has been the backbone of the project which is now propagating more than 67,000 plants every year. At the Arthur Gorrie Correctional Centre Industrial Instructor Kobus Havenga works with the inmates on plant propagation.

The project was initiated by Brisbane City Council’s Habitat Brisbane Officer Melinda McLean and has received generous ongoing support from Brisbane City Council as well as other funding bodies including Energex Sustainability Fund and the Gambling Community Benefit Fund. SOWN also committed its own resources to the project especially in the early stages. 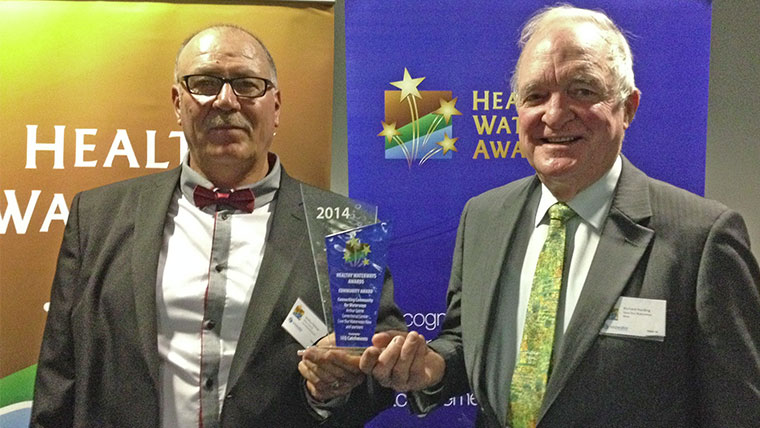 300 people attended the 2014 Healthy Waterways Awards Gala Dinner on Friday 20 June. It was a fantastic night of celebration. Congratulations to all the other winners and finalists for their hard work and dedication towards protecting and improving South East Queensland’s waterways.

The project involves numerous groups including: