← SOWN joins Paddle Against Plastics This Week by the Creek →
Myall Park Botanic Garden, near Glenmorgan in Western Queensland, is famous as the birthplace of the Robyn Gordon Grevillea.

In the 1950s, grazier and amateur botanist, Dave Gordon, began to collect and plant native species from all over Australia. Dave experimented with hybridising desirable Grevillea species and this resulted in the creation of the well-known Robyn Gordon and Sandra Gordon plants, named after two of his daughters.

Before his death in 2001, Dave excised 132 ha from his property and with community friends established the Myall Park Botanic Garden. A not-for-profit company and many volunteers are now working to keep Dave’s dream alive.

Dave’s wife Dorothy, a well-known botanic artist, painted many rare and beautiful plants in the garden. Myall Park became a focal point for local artists and Dorothy’s paintings are now housed in the Myall Park Gallery. The recently created, purple Dorothy Gordon Grevillea is spectacular and has been named after her.

SOWN nursery manager, Dick Harding, has been volunteering at Myall Park Botanic Garden for about eight years and has been propagating and planting arid region plants. Dick organised for eight volunteers from SOWN to visit in June. ‘Planting a single plant at a botanic garden in semi-arid land is quite time-consuming’ Dick told us. This proved to be an understatement. In three days of solid work, we planted 57 plants. ‘This would have taken two hours before morning tea on Enoggera Creek’, SOWN President John Abbott said.

Despite the hard work and some bad behaviour by mice, everyone from SOWN enjoyed the crisp mornings, roaring fires, starry nights, 75 bird species seen, and great company.

A haven for rare plants, artists and wildlife, Myall Park Botanic Garden is well worth a visit. See the website at myallparkbotanicgarden.com. 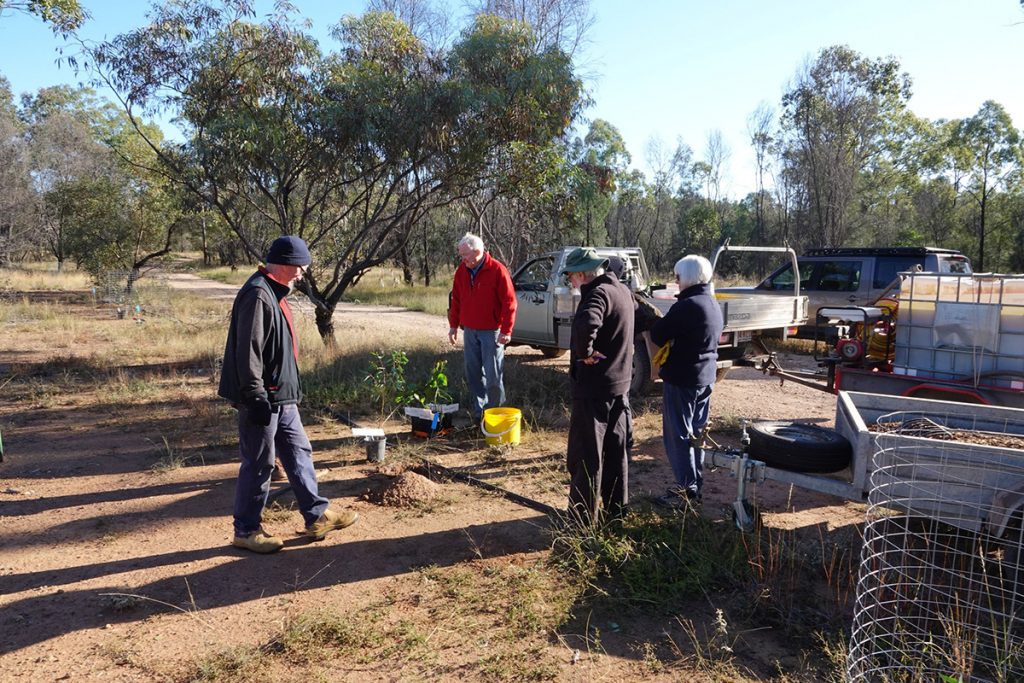 Getting instructions on the planting process. Photo: Kim Grady 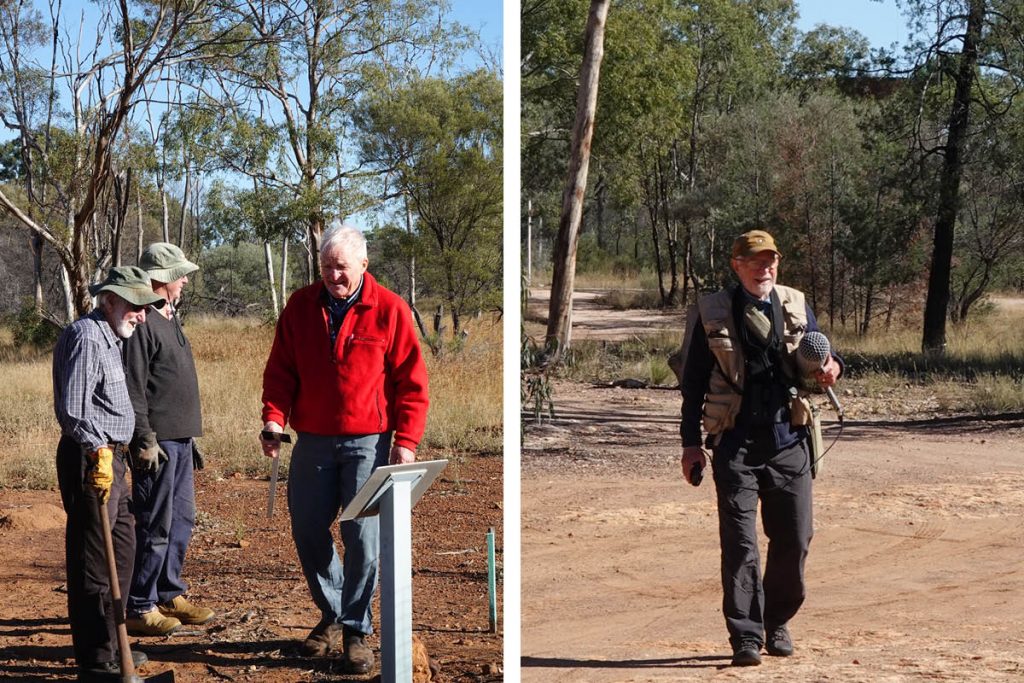 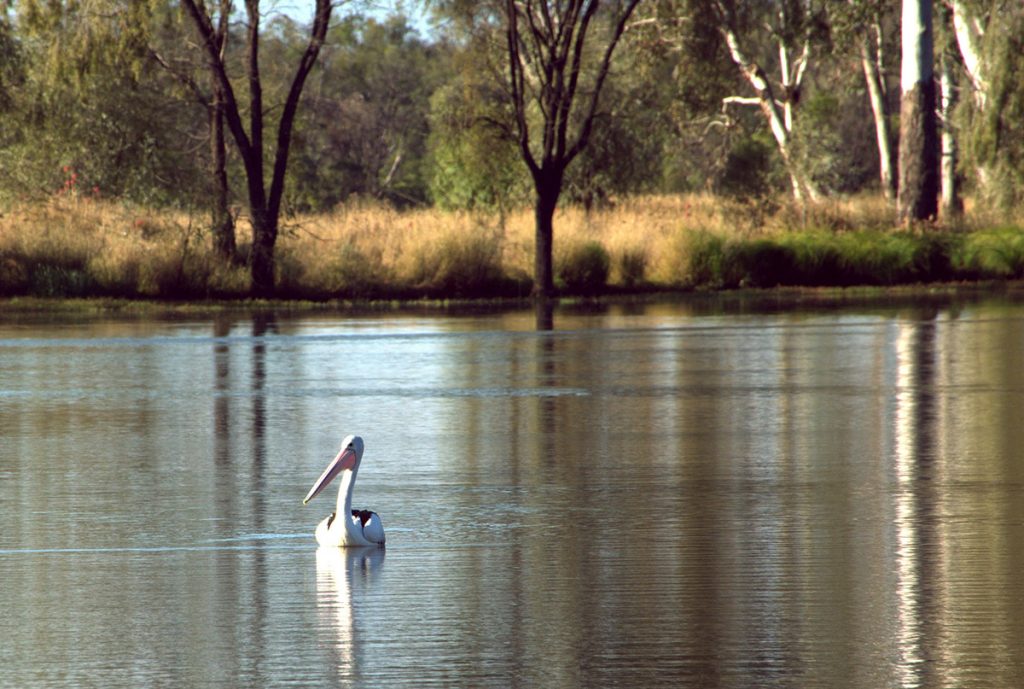