← Something to BRAG about Taming The Turkey ( the "lets get along" method) →
SOWN’s Clean Up Australia Day event at Woolcock Park, Red Hill was a great success.

Organised by the Ithaca Intact Coordinator, Glenn Withers and Creek Ranger Emily Brash, Clean Up Australia Day is one of the regular events SOWN takes part in each year.

The day was an resounding success with nearly an entire skip filled with a variety of rubbish items including a suitcase with a stereo in it, a broken whipper snipper, an rusty vehicle tool box, bed springs and various bits of metal, wood and green waste (no sharps found!). A few pieces of rubbish were also salvaged on the day including some barbells, a couple of nearly intact pallets, and a street sign from the street directly upstream from the site. There were also about 10 bags of recyclable material collected.

An outstanding 80+ volunteers registered on the day. Of these, there were 28 Bardon Scouts and Cubs, 8 Ergon Energy employees (thanks to Ergon for suppling snacks and cordial for afterwards), local residents, SOWN members including Andrew Fraser, the Queensland Treasurer, and his family who came along to help out.

Clean Up Australia day official photographers turned up to take pictures for their marketing and promotion of the event and Channel 10 News arrived to film the day and do interviews. If anyone was watching the Channel 10 news on Sunday evening they would have see our site featured heavily in it.

The photos show the nearly full skip; some Bardon Scouts and Cubs with the sign they fished out of the creek; and your BCC Enoggera Catchment Creek Ranger, Ithaca Intact Coordinator and the Ergon Energy Green Team coordinator Natasha Ryall staffing the registration desk.

Thanks to everyone who took part to help with the success of the day. 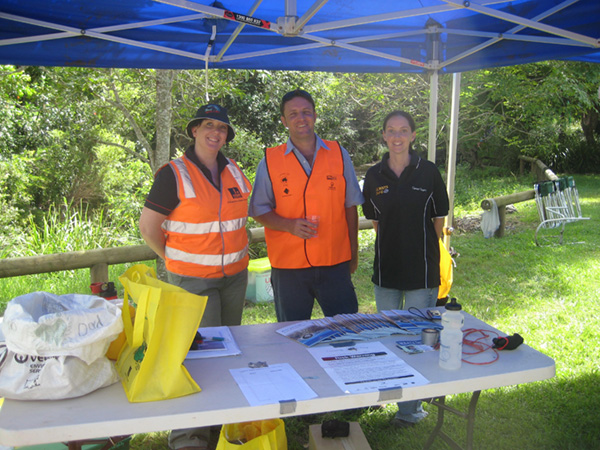 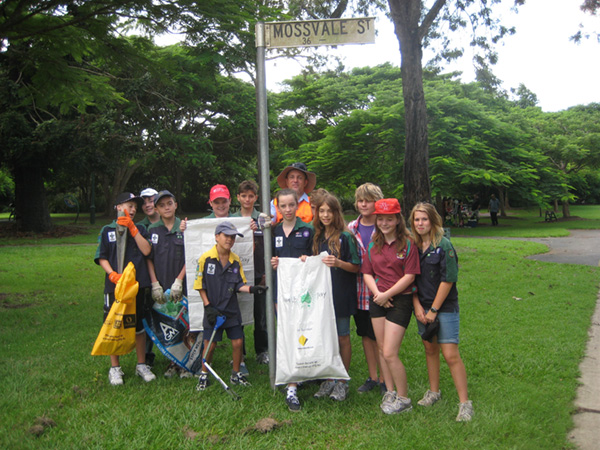 Skip of rubbish from Clean Up Australia Day in Woolcock Park, Red Hill