← Dynamic World new interactive tool Royal Parade Bushcare Site seeks new leader →
SOWN has begun mapping all the remnant rainforest plants in The Gap using the app iNaturalist during stage one of a project to preserve our endangered rainforest.

Starting near the base of Enoggera Reservoir the SOWN volunteers, assisted by Habitat Brisbane officers Jodi Rees and Brendan McIntyre and botanist Dr Rob Price, photographed old-growth trees, identified the species and recorded data such as the diameter of the trunk at the base.

“Observations are added to the global iNaturalist database and shared with the Atlas of Living Australia and the Global Biodiversity Information Facility.

“SOWN will be using the observations to help us choose the best locations for planting and select appropriate plants,” she said.

The mapping event called “Walk the Creek” was the first of several walks with the next planned for the Watercress Farm Bushcare Site at Allamanda Street The Gap 9 am till 12 noon on 14 July. SOWN members are encouraged to join in. 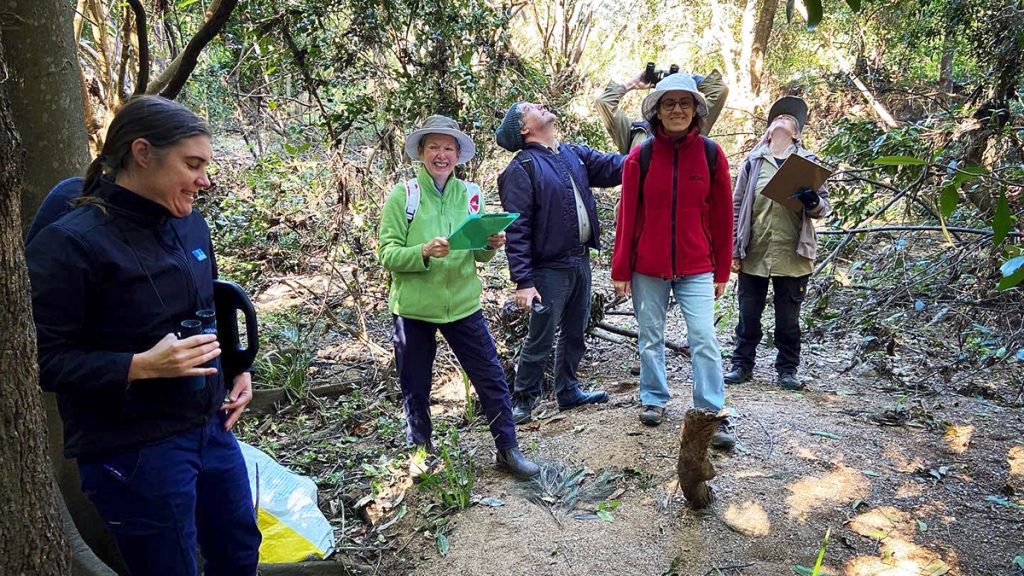