← SOWN Media needs you SOWN visits Myall Park Botanic Garden →
SOWN members brought out their kayaks to join the Paddle Against Plastics on Enoggera-Breakfast Creek on Saturday 15 May.

It was a chilly 8 am start at Yowoggera Park as Yuggera man Derek Oram Sandy played his didgeridoo, told stories about the significance of the creek to Indigenous People, and welcomed everyone to his country.

Ecologist and SOWN member, Leo Lee, spoke about changes in Enoggera Creek since he was a young boy growing up at Red Hill. “Fish populations in the creek have declined dramatically since then but, in recent decades with more regulation, water quality at the mouth of Enoggera-Breakfast Creek has improved,” Leo said.

Event organiser Rachael Nasplezes from Healthy Land and Water (HLW) welcomed everyone to the event. She said tidal action concentrated rubbish, especially plastics, at the mouth of the creek among the mangroves. “HLW has a clean-up boat and does regular rubbish collection,” she said, “but it is important to include local community groups, like SOWN and Ocean Crusaders, in the clean-up effort.”

After an egg and bacon burger breakfast, it was on to the water for everyone and a bustle of launching more than 50 kayaks began. Retrieving rubbish involved paddling in under the mangroves and climbing up the muddy and steep banks – a tricky balancing exercise. But worthwhile, as a large pile of muddy rubbish was collected and sorted into bottles and cans, polystyrene pieces, plastic bags, and larger items like crates and tyres.

Local Federal Member and Assistant Minister for Waste Reduction and Environmental Management, Trevor Evans, supported the event and took part with his kayak. He noted the large amount of expanded polystyrene collected. “The Federal Government is phasing out its use by the end of 2022,” he said. Trevor and Rachael thanked everyone for attending. 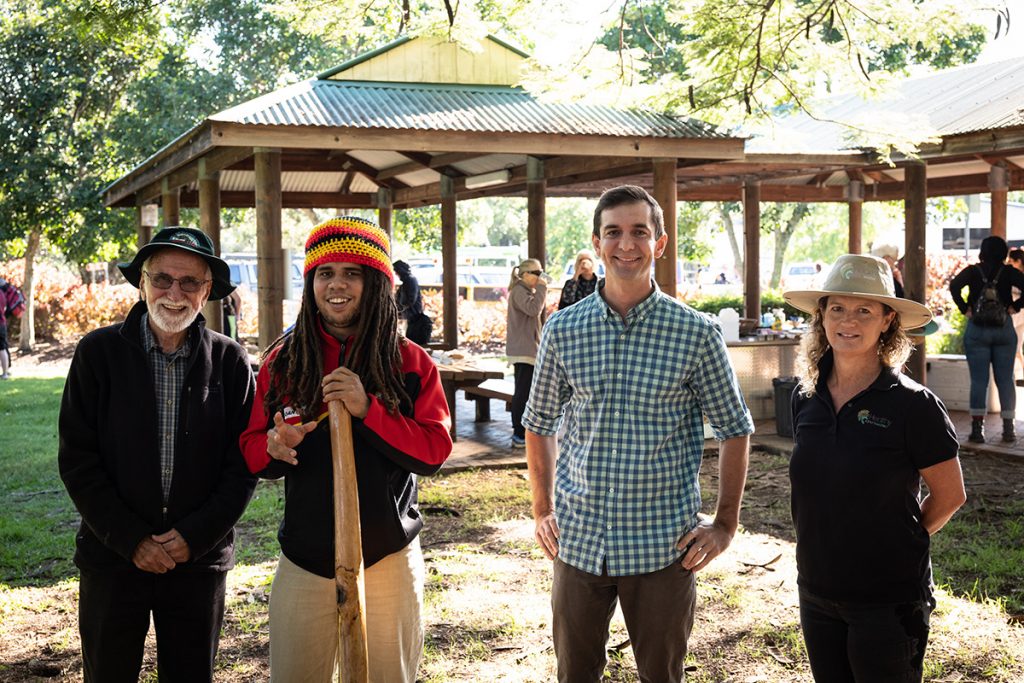 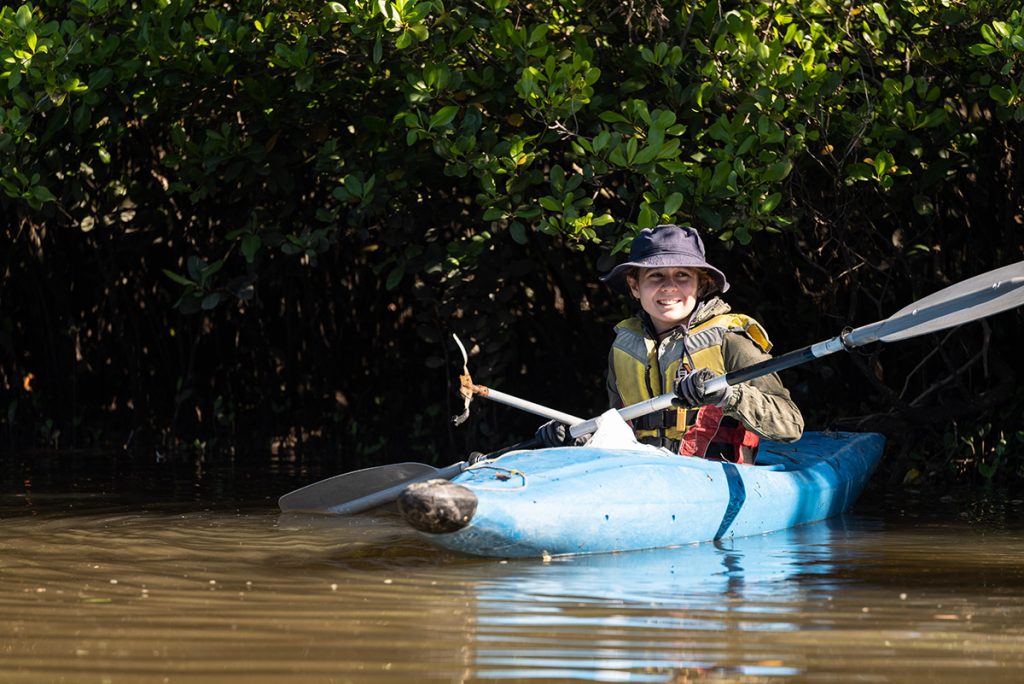 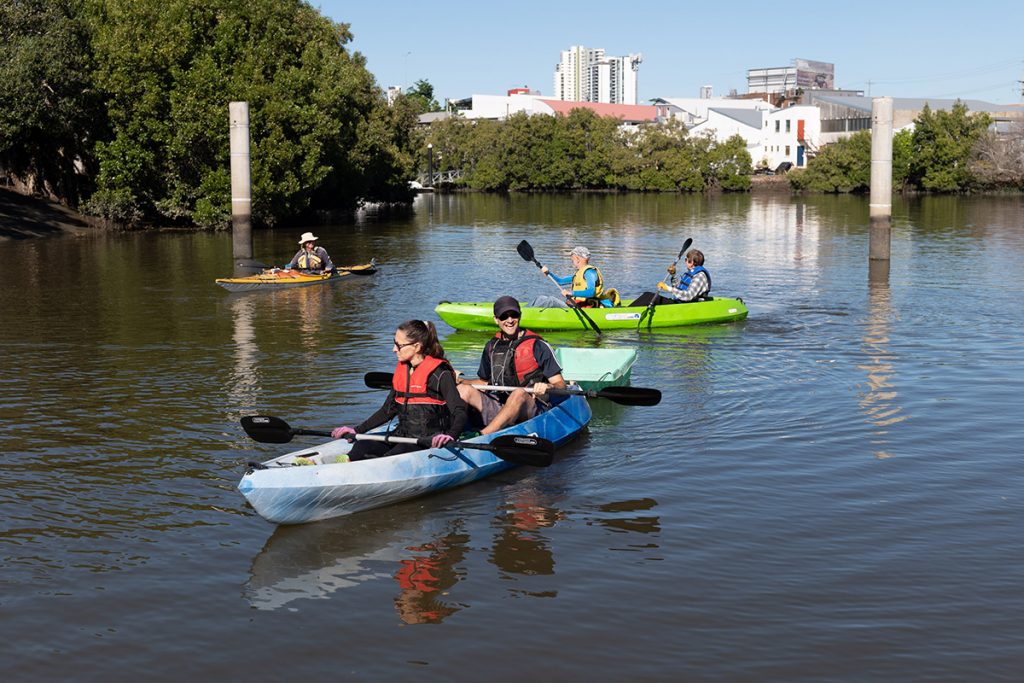 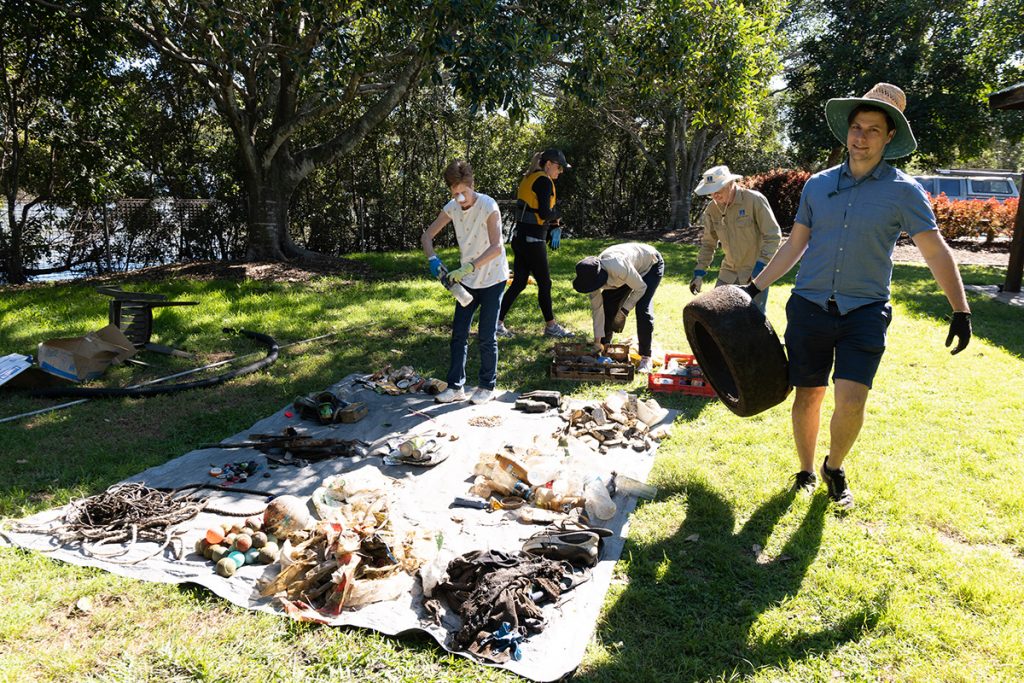