← This Week by the Creek Working together for threatened species →
SOWN recently endorsed the Enoggera Catchment Plan which includes a priority action to protect The Gap Rainforest.

SOWN President John Abbott said residents of The Gap know we live in a special environment with lush, natural vegetation along our creeks.

“Few realise just how special or unique some of this vegetation is,” he said.

The narrow corridor of trees along Enoggera Creek between Enoggera Dam and Walton Bridge Reserve contains many remnant rainforest plants and has been classified by the Queensland Herbarium as an ‘Endangered’ Regional Ecosystem (RE 12.3.16).

SOWN has seven bushcare groups working in this section of the creek.

“We will be exploring how these groups can work together and better utilise their resources,” John said.

“Recent catchment planning by SOWN has highlighted the importance and threats to this remnant rainforest and the need to protect and maintain it,” John said.

Major threats to The Gap rainforest include clearing and encroachment of urban uses into the creek corridor, growth of weed trees such as Chinese Elm and Camphor Laurel, which are expensive to remove and proliferation of weed vines such as Cat’s Claw and Madeira Vine, which smother and kill mature trees.

Partnering with Brisbane City Council is also an important part of the plan.

Council supports bushcare groups through its Habitat Brisbane program and undertakes activities such as removing large weed trees, as recently happened behind the high school. 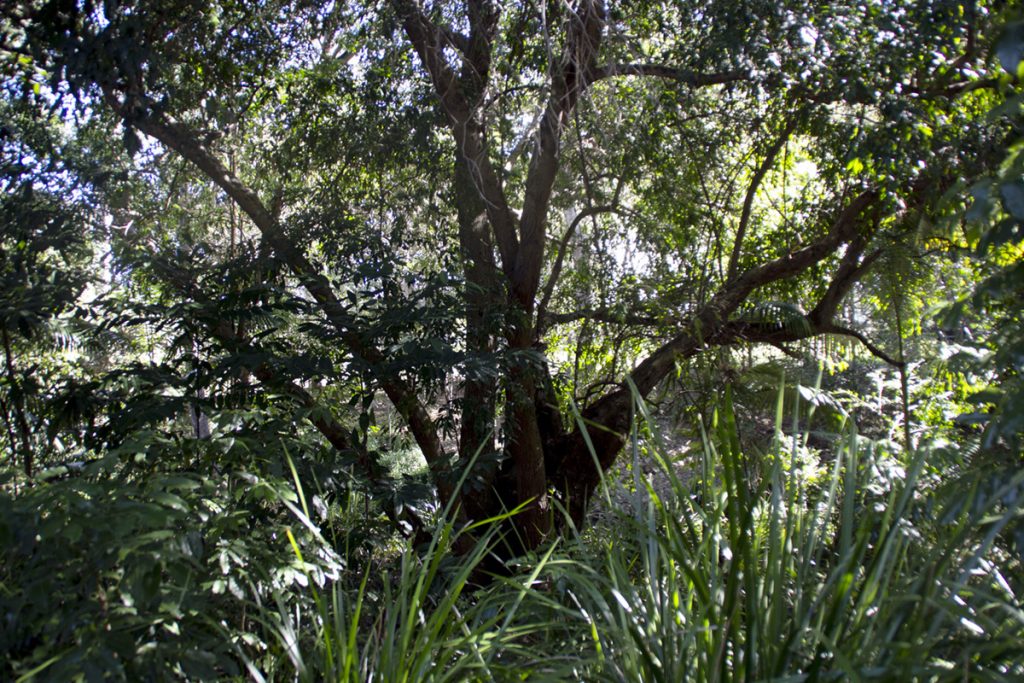