Glossy nightshade is mostly an annual, sometimes a short-lived perennial herb. It grows upright, and the fruits are borne in a relatively upright position which distinguishes it from the similar blackberry nightshade Solanum nigrumwhich has dull fruit borne pointing downward, with smaller outward pointing sepals. 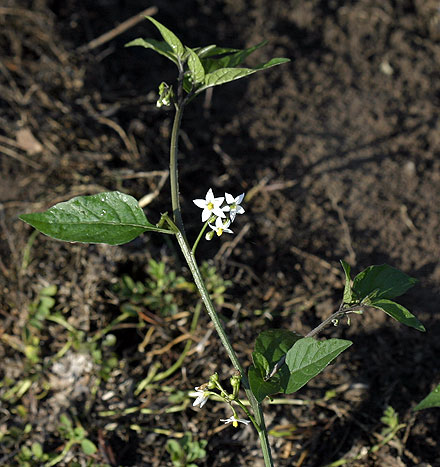 Small, white, star-shaped flowers autumn through to spring, 8-9 mm across, five petals and a yellow central cone in stalked clusters of 4-8 flowers. 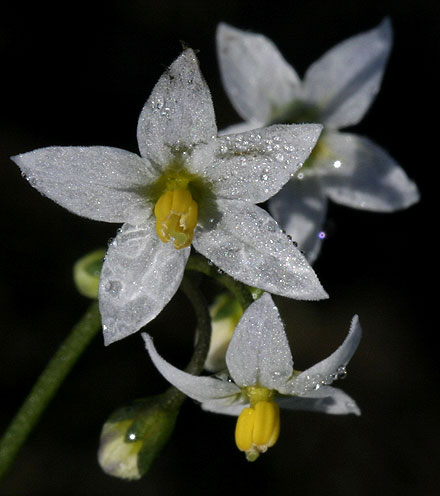 Fruits are spherical, green then shiny purplish-black when ripe, 6-9 mm in diameter. 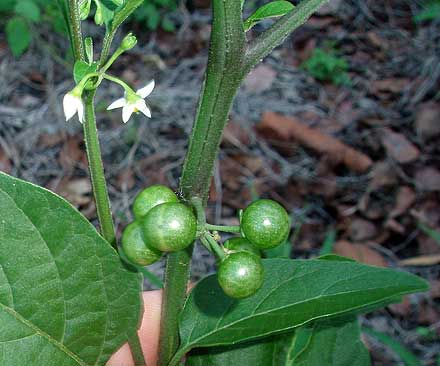 Certainly a weedy solanum, this looks to be the same as the other specimens photographed here.

Solanum americanum var. nodiflorum is thought to be native to Australia. This would be hard to verify definitively, as small, common weeds like this might well have stowed away on Cook’s voyages, or even been introduced in pre-Colonial times via human traffic to and from Micronesia, south-east Asia and nearby Pacific Islands. Such successful weeds generally need very little material to get a toehold in new regions. 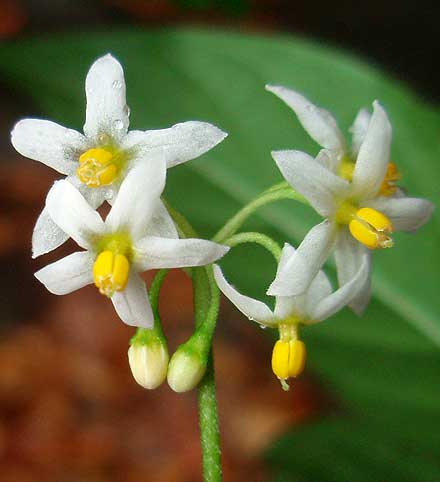