← Solanum americanum (SOLANACEAE) Glossy Nightshade Sida rhombifolia (MALVACEAE) Arrowleaf Sida →
Originally from Argentina and Bolivia, White Tobacco is a shrub 1-3 m tall, hairy, and strongly odorous. It has long petioles and large, wide heart-shaped leaves with smaller leaves in the leaf axils that look like stipules. Flowering parts are composed of a branching structure with 20 or more flowers, hairy with white petals, unlike those of Wild Tobacco S. mauritianum which are pale blue to violet. These are followed by numerous fruits in a cluster, intitially green, then yellow to orange-yellow and pulpy. In Australia, White Tobacco has only been recorded from Mt Coot-tha, where it is alarmingly common. The name abutiloides means resembling Abutilon, a genus of Malvaceae. 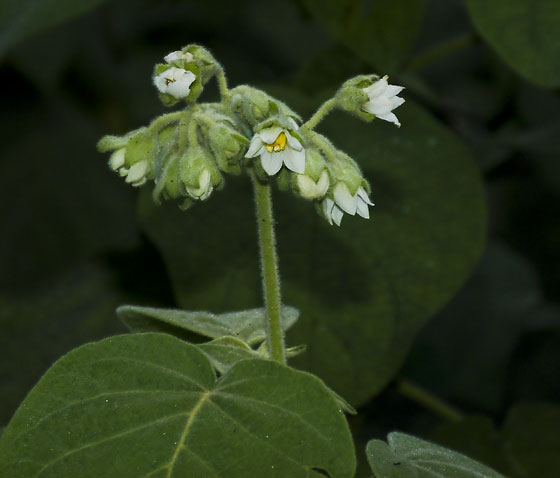 This is an emergent weed at the top of the Ithaca Creek catchment and should be urgently dealt with, as its close relatives have been aggressively invasive. Elsewhere in the world, this plant thrives as a weedy plant in rocky land, on stream banks, and scrub land usually between 900-3600 metres in elevation. It is also known as dwarf tamarillo, due to superficial similarities with S. betaceum. When unripe, its berries are mildly toxic (as are tamarillos), though they are apparently edible upon ripening, but taste unpleasant. The shrubs attract pests like aphids, spider mites, and white flies. 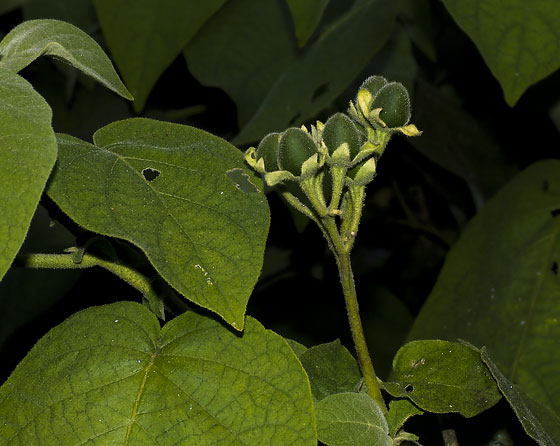