← Senecio amygdalifolius (ASTERACEAE) Scleria brownii (CYPERACEAE) Brown's Sedge →
Small to medium tree, smaller in the open but larger in natural habitats such as warm temperate, gallery, riverine, subtropical and dry rainforest from Illawarra region to Cape York. Leaves to 10 cm, rhomboid shaped, with 2 to 6 angles along the margins, sometimes spinose when young. New growth an attractive dark red. Fruit green, yellow, orange, red and then black in summer, 12 mm across. Presumably named because the timber was tough to cut down, a feature of slow growing trees. Grown in tubs in gardens because of its compact form, sweetly scented flowers in spring and attractive flushes of new growth. If kept well watered and fertilised in good quality soil, will produce new growth most of the year. Propagate from seed, though many of the fruit are seedless. Cuttings are a possibility. 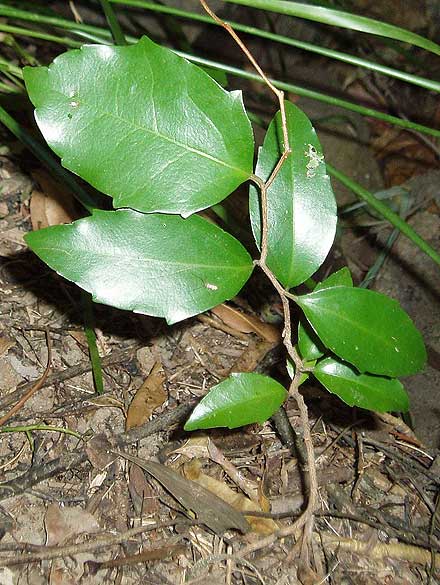 Host plant for the Bordered Rustic butterfly Cupha prosope along with other Flacourtiaceae. This butterfly has been observed dancing around a Flintwood, occasionally dabbing the leaves with her abdomen. The eggs however are laid in spiders’ webs, and the caterpillars abseil down to the host plant when they emerge. This plant was observed growing on the steep bank of Fish Creek in Walton Bridge Reserve underneath a Waterhousea floribunda, and nearby maidenhair and lomandras growing naturally, and a self-sown seedling of a Blue Quandong. Thus, quite natural looking, rich, relatively moist spot. Leaves on this specimen were alternate, glossy, relatively soft, with toothed margins but no spikes, slightly yellower on the underside, fine network of reticulate veins in addition to the lateral veins and midvein which are raised on the undersurface. The stem (it is a very small specimen) looks to be zigzagged and a bit striated along the length of the stem. 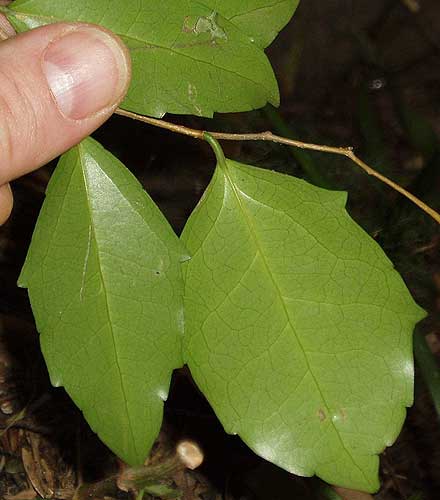 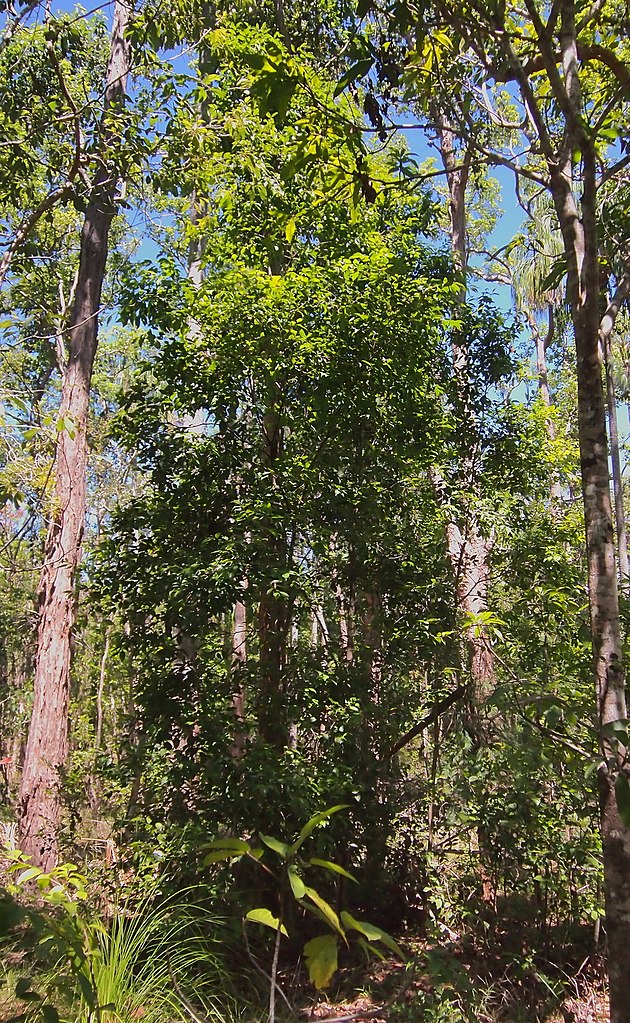