← Sansevieria trifasciata (RUSCACEAE) Mother-in-law's tongue Salvinia molesta (SALVINIACEAE) Salvinia →
Perennial shrub that forms a dense thicket. Plants can reach 4 m or more in height. Reproduces by seeds and horizontal stems that grow along the soil surface and root at the nodes. Native to North America.

The stout stems have pith that is white, spongy, and emits a disagreeable odour when crushed. Stems may be unbranched or sparsely branched, and many stems arise from the same root system forming a wide, rounded, arching mass. Twigs are yellowish-gray and warty. Bark of older stems is thin and gray. New shoots arise from horizontal stems (stolons) that grow along the soil surface and root at the nodes.

Leaves are opposite (2 leaves per node) and consist of 5 to 11 (usually 7) coarsely-toothed leaflets. Leaflets lance-shaped, shiny and bright green above, paler green and sometimes hairy below.

Flowers form in flat-topped clusters at the ends of stems. 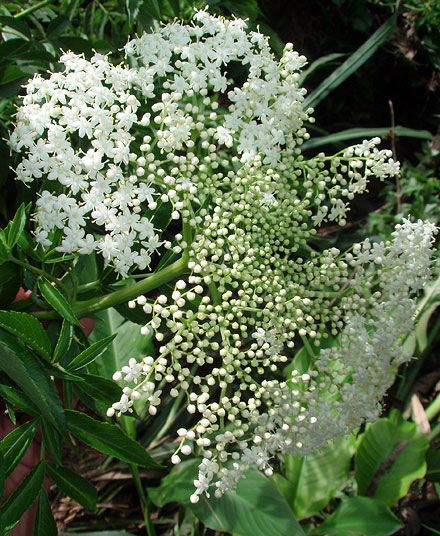 Flowers fragrant, white, and consist of fused petals with 5 lobes. The flowers of American elder are used to make elderflower water which is used in perfumes and confectioneries. 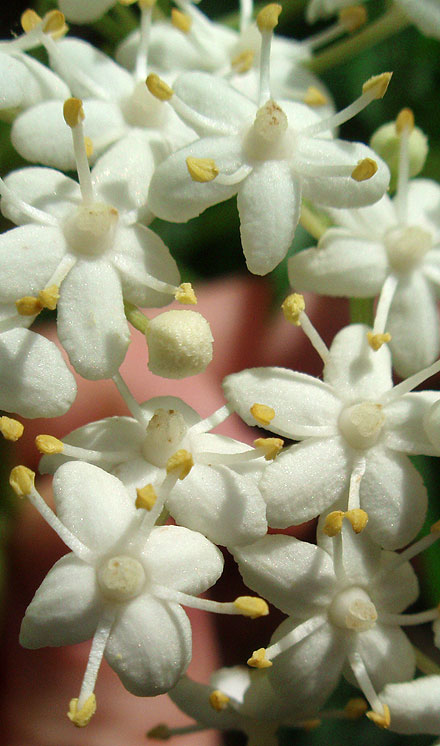 Purplish-black berries that are used to make jams, jellies, pies, and wine.

Found in moist areas such as at the edges of swamps, marshes, bogs, ponds, streams, low fields, thickets, and woods. Prefers fertile soils and conditions that are moist to wet but it also persists when fairly dry. 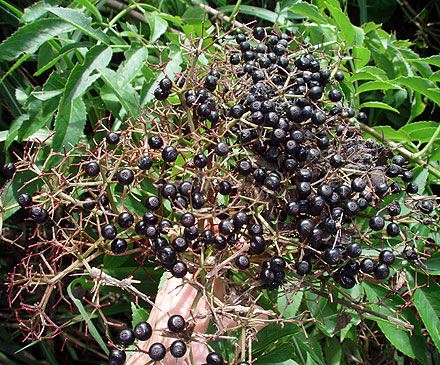 Fruits are shiny, round, purple-black berries that are less than filled with reddish juice in much-branched clusters at the ends of red stalks.

Raw elderberries have an unpleasant taste and contain small amounts of poisonous alkaloids. Cooking destroys the alkaloids and improves the taste. 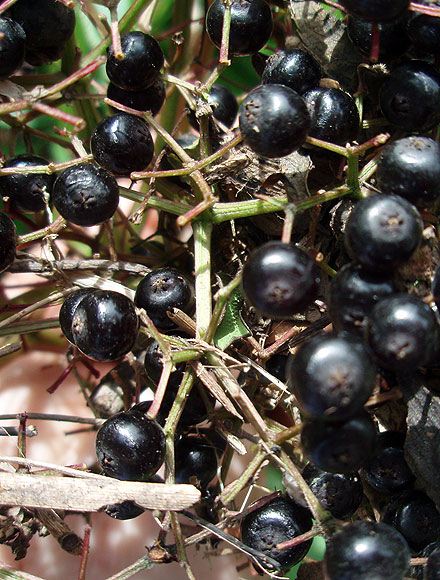