Introduced for the aquarium industry it has become a serious problem in rivers, streams, lakes and dams. 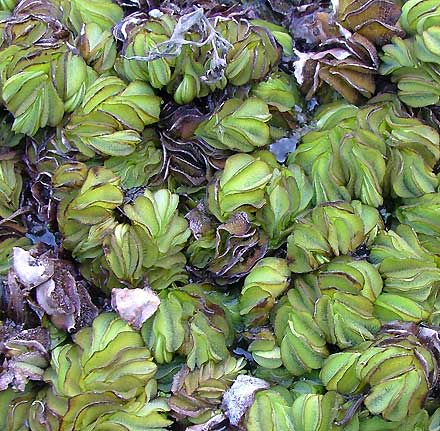 Plants produce slender, branching runners and form mats of vegetation very quickly. The emerged leaves are oval or two-lobed with water-repellent waxy hairs in rows. The submerged frond is brown and highly divided.

The feathery roots and sterile spore sacs are an identifying feature. 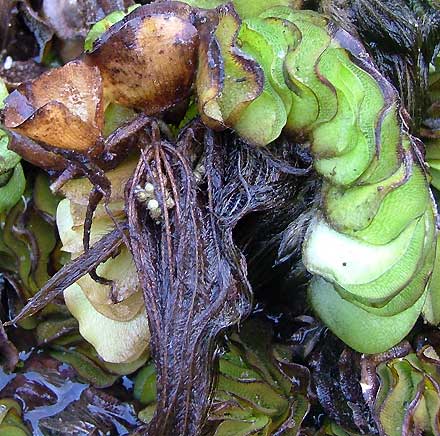 This photo (thanks to Sheldon Navie) shows egg-beater-shaped hairs on leaves.

Declared noxious in all Australian states and territories. Other Salvinia spp (not molesta) are Class 1 in Queensland. 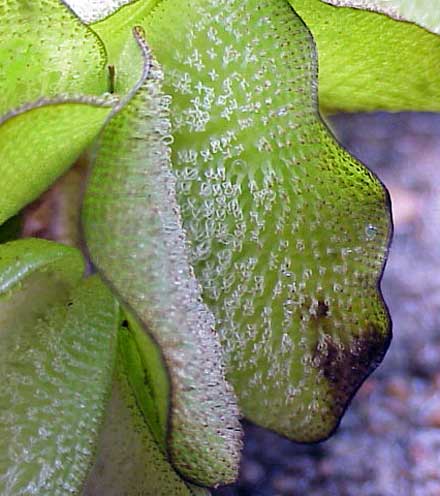