← Rumex crispus (POLYGONACEAE) Curly Dock Salvia coccinea (SALVINIACEAE) Red Salvia →
Sagittaria is a new weed from North America emerging in the Enoggera catchment and spreading rapidly. It has escaped from ponds, aquaria and other aquatic gardens, probably in many cases by dumping.

It spreads by rhizomes, tubers, seed, tubers and entire plants which can detach and float downstream. 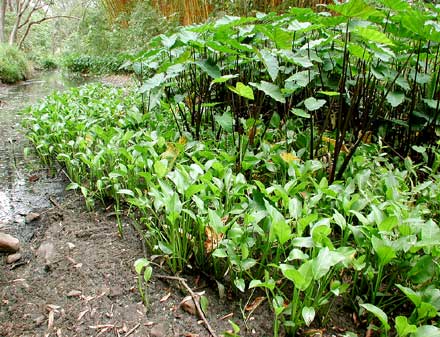 Leaves lanceolate to 25 cm, submerged translucent leaves can be 50c m with no leaf blade.

The Auckland Regional Council (2002) reports, “S. platyphylla has fleshy rhizomes that are usually submerged below the water surface, while leaves are held above the surface by rigid stems. There are two kinds of leaves: emergent leaves that are linear to ovate, tapering abruptly to a point with stems that are triangular in cross-section and winged towards the base; and submerged leaves that are strap-shaped. The white or sometimes pink flowers are found in clusters of three-flowered whorls at the end of the flower stem.” 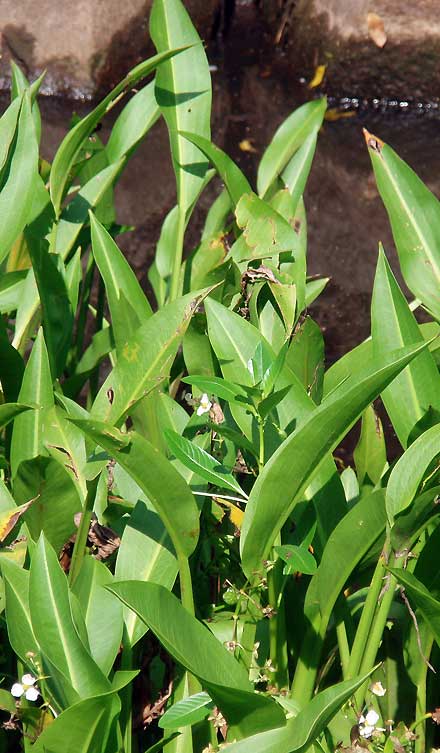 Flowers on a leafless stalk in whorls mainly in autumn. They have 3 white petals and 3 sepals.

Fruit a cluster to 15 mm across, consisting of flattened, winged 1-seeded segments.

EFloras.org (UNDATED) reports that, “The inflorescences are racemes of 3-9 whorls. Flowers can be 1.8 cm in diameter and the sepals can be spreading to recurved. Fruiting heads are 0.7-1.2 cm in diameter”. 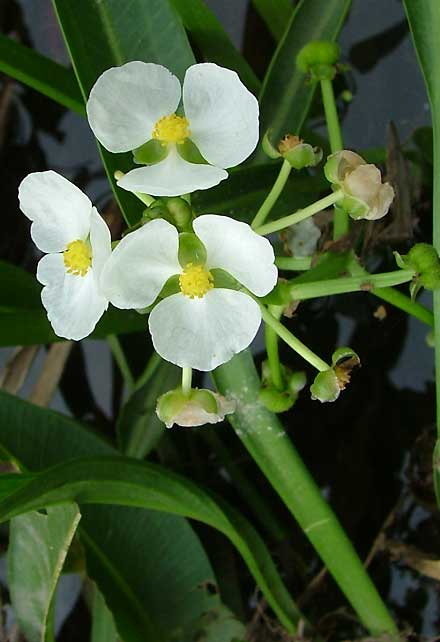 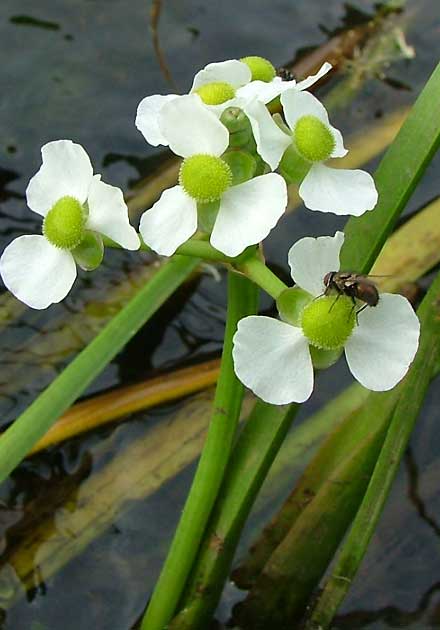