Not noxious in Queensland. It has been declared as a noxious species in New South Wales and the Northern Territory.

Stems are hollow and hairless growing up to 2 m long, pale, dull green with a reddish tinge. 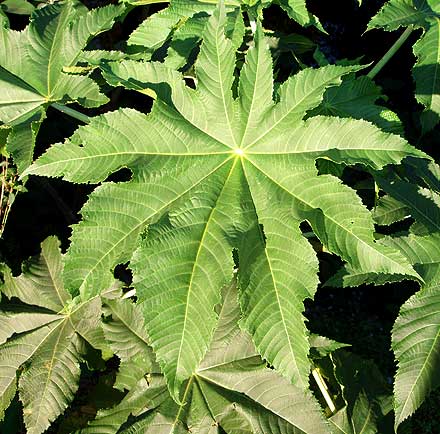 Large inflorescences (flowering parts) form mainly during summer at the branch tips. The flowers are of separate sexes — fluffy cream or yellow coloured male flowers at the base of the inflorescence and female flowers with conspicuous red stigmas at the top.

Fruit are greenish-red spiny capsules (15-25 mm across) which divide into three segments, each containing a single seed. Seeds are mottled and up to 1 cm long.

They spread by seed which come up in their thousands on disturbed ground. Mulch will suppress them and also make it easier to pull them out if they appear. 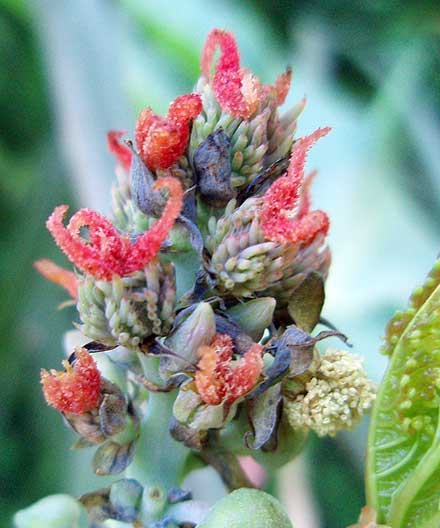 Ricin is contained in the seeds. Ingestion of 2 to 8 seeds has resulted in death in adults. Ricin causes severe irritation of the throat, gullet and stomach when ingested.

Gastrointestinal effects usually occur in under 6 hours. Late complications occur in the liver, brain, kidney, and adrenal glands, typically 2 to 5 days after ingestion. The individual may have a symptom free period between the gut symptoms and the multiple organ failures. 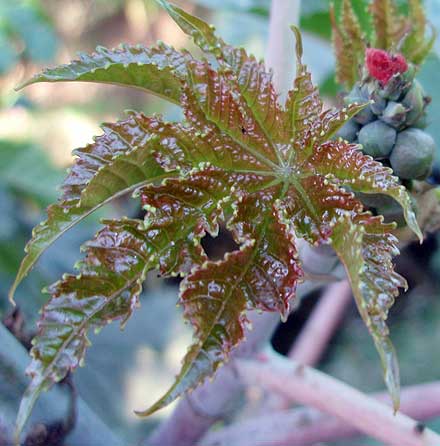