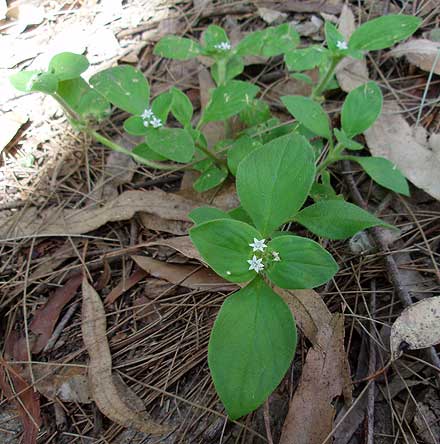 Stems are prostrate or sprawling with short rough hairs.

Leaves with entire margins, are hairy and rough to the touch, especially along the edges, oppositely arranged with oval (elliptic) blades that are pointed at the tip. The leaf stalks (petioles) are 4-12 mm long and the margins entire. 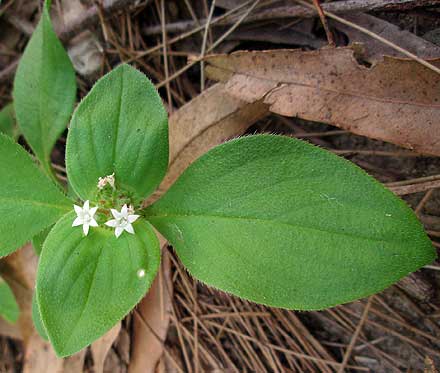 Groups of up to twenty or more small white flowers, tubular in the lower part, with six petal lobes and six hairy sepals, are clustered into inflorescences at the ends of the branches.

At the base of each inflorescence are two or four bracts. Flowering occurs mainly from spring through to autumn. The fruit split apart into three one-seeded segments when mature.

A similar Richardia, Richardia stellaris has leaves that are not stalked and its flowers have four petals and sepals. 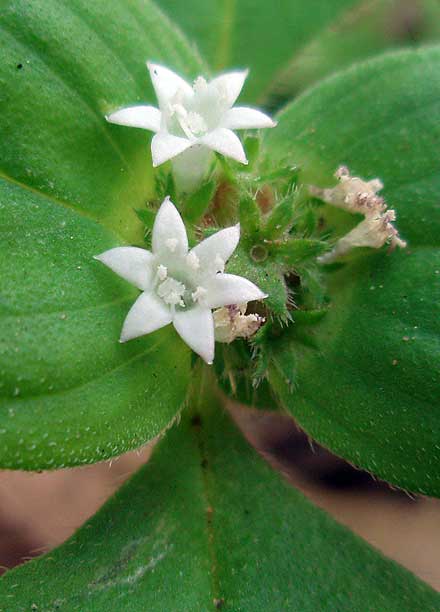