A ligneous (woody) vine that can reach from 2.5 meters to up to 8 meters. Found in thickets or secondary forests of the Philippines, India and Malaysia. It has since been cultivated and naturalized in tropical areas, usually dispersed by water.

One plant found naturalised on Riaweena St, The Gap. First recorded naturalisation this far south. Risk is low, uncommon. Could be a threat if climate change continues to make Brisbane hotter. 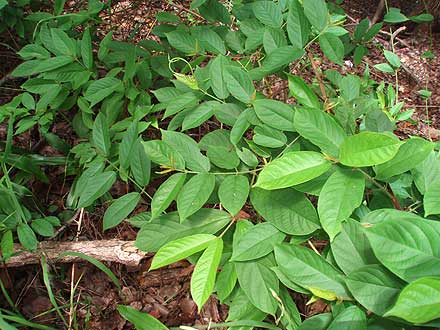 Leaves are opposite, elliptical with a pointed tip and a rounded base from 7 to 15 centimeters.

Mainly used for traditional medicine. Decoctions of the root, seed or fruit can be used for alleviating diarrhea. Fruit decoction can also be used for gargling. The fruits are also used to combat nephritis. Leaves can be used to relieve pain caused by fever. The roots are used to treat rheumatism. 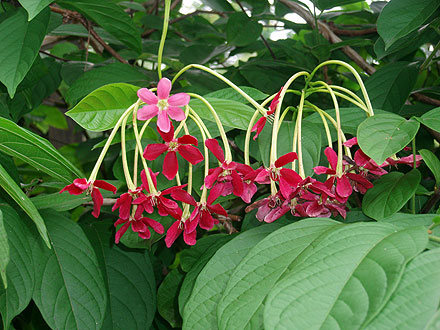 Flowers are fragrant and tubular and their color varies from white to pink to red.

Fruit is ellipsoidal and has five prominent wings, tastes like almonds when mature. 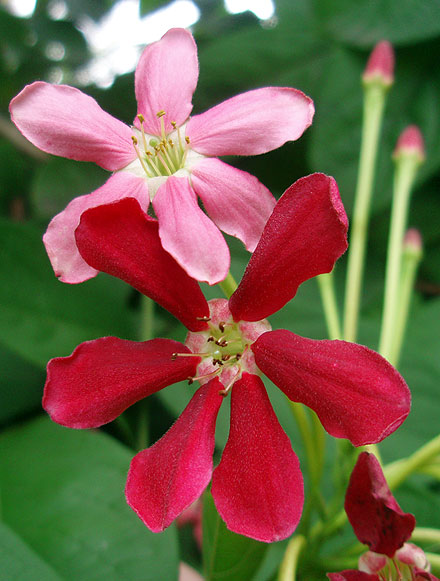