← Rhodamnia argenta (MYRTACEAE) Malletwood, Silver Myrtle Pultenaea euchila (FABACEAE) Pultenaea →
A fern on trees and rocks found from New Guinea down the eastern seaboard of Australia and into Victoria.

The fronds have a succulent appearance. The fertile fronds are elongated, and up to 8 cm in length, while the sterile fronds are often nearly circular and typically up to 2 cm across.

The Greek, pyrros, flame-coloured, refers to the colour of the star-shaped hairs that form a felty covering on the fronds; rupestris means “found near rocks”. 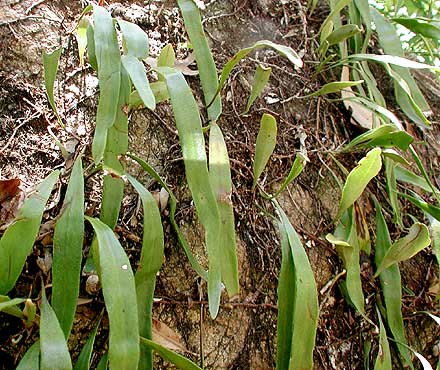