On Saturday, 25 October 2008 SOWN’s Ithaca Intact celebrated Arbour Day with a planting at Purtell Park, Bardon. The site had been extensively prepared by Habitat Brisbane, including rockwork, jute and mulch. The site is in the Council ward of Toowong and the event, including a free sausage sizzle, was supported by local Councillor Peter Matic and the Lord Mayor’s Suburban Initiative Fund. Around 1000 plants were put in the ground by a mixture of local residents, SOWN regulars, Marist Brothers boarders, Girls Grammar students and the Kiwanis group who travelled down from their site upstream.

The scope of the site

This photos shows the creek, elephant grass on the right, and the prepared area on the left ready for planting. 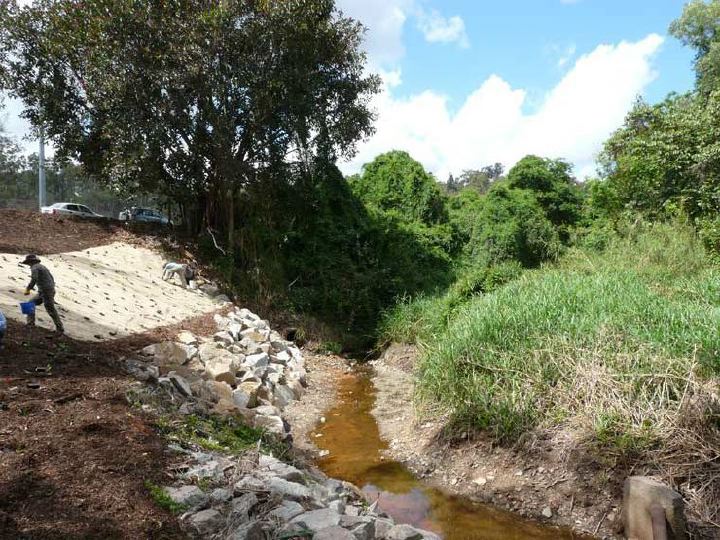 The Kiwanis group have a site about 500m upstream. They came down to help out with the Arbour Day planting. 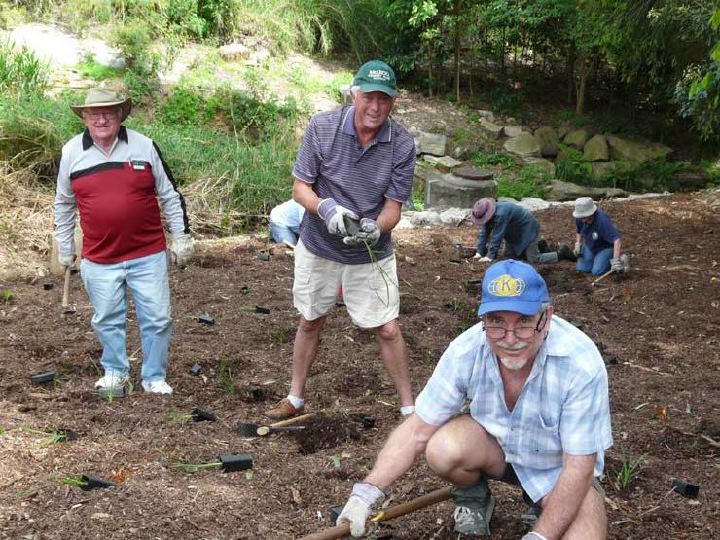 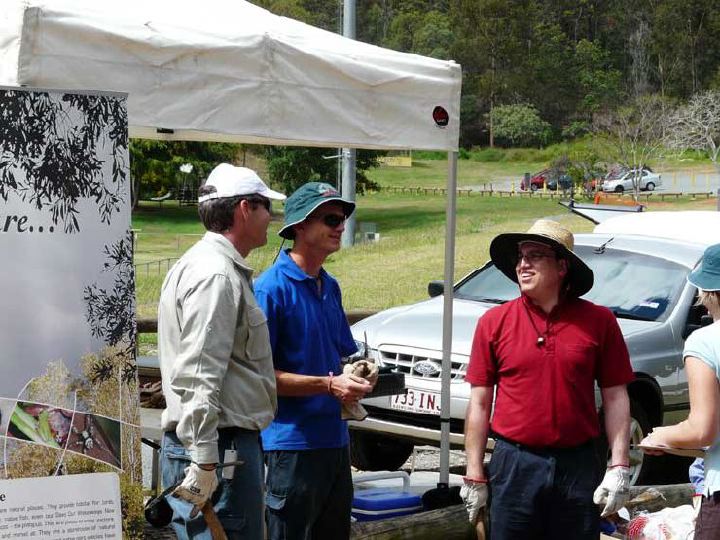 Tom McHugh helping the volutneers with the planting techniques. 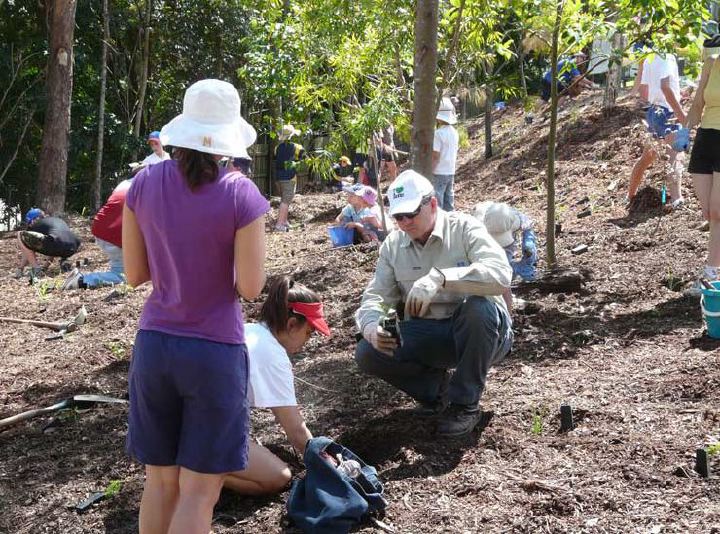 The kids were having a great time. 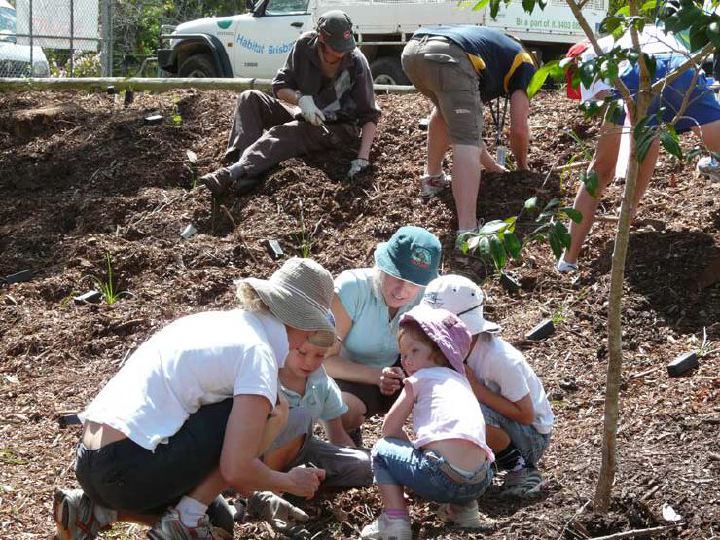 Thanks to the Marist Brothers team who worked hard and were responsible for planting a large proprtion of the tubes. 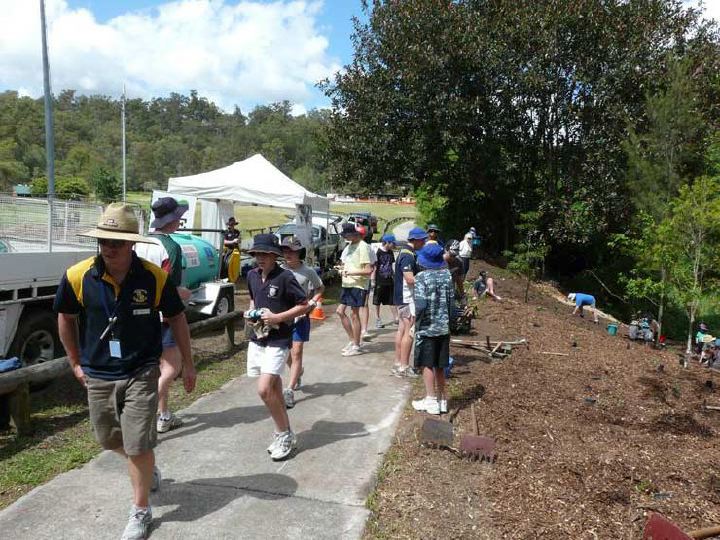 Anne Jones on the brow of the hill where the Council had mulched the site. 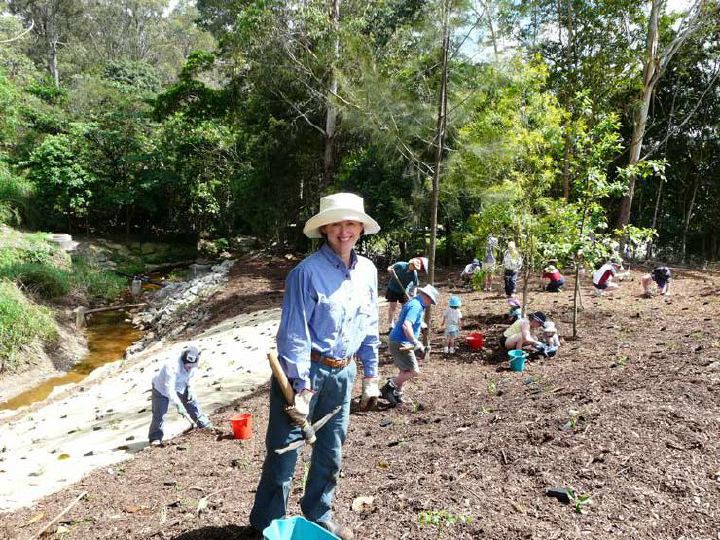 This is the view down the creek in the area where Scott and Annie, the local SOWN members, have revegetated the creek. Today’s planting extended their work upstream. 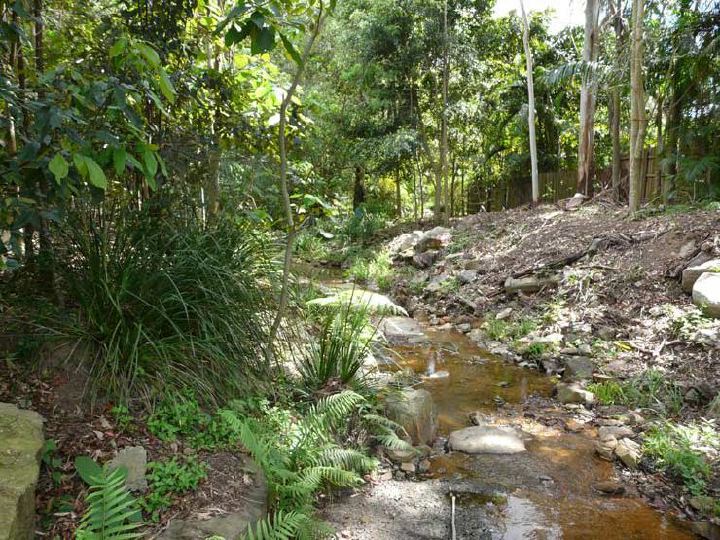