Common length of the Purple-spotted Gudgeon is 90 mm and it can grow to 130 mm. The western population of the Purple-spotted Gudgeon was previously widespread in the Murray, Murrumbidgee and Lachlan River systems and tributaries of the Darling, but has experienced a significant decline in recent times. Listed as an endangered population in NSW and are thought to be extinct in Victoria and South Australia, although there has been restocking at Murray Bridge in South Australia. 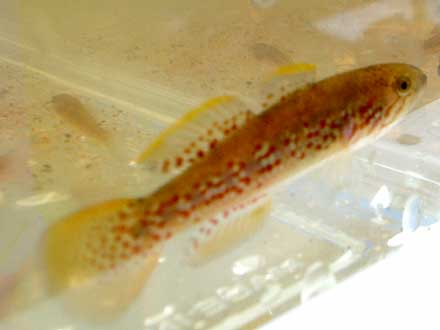