← Polyscias elegans (ARALIACEAE) Celery Wood Pleogyne australis (MENISPERMACEAE) Pleogyne →
A medium-sized to large evergreen tree growing to 30-40 m tall (less in cultivation) with a trunk up to 1.5 m diameter. The bark of this tree is dark brown, flaky and finely furrowed. Podocarpus elatus, commonly known as the Brown Pine, Plum Pine or Illawarra Plum, is a species of Podocarpus endemic to the east coast rainforests of Australia from southern New South Wales to north Queensland. Propagate from seed or cuttings. 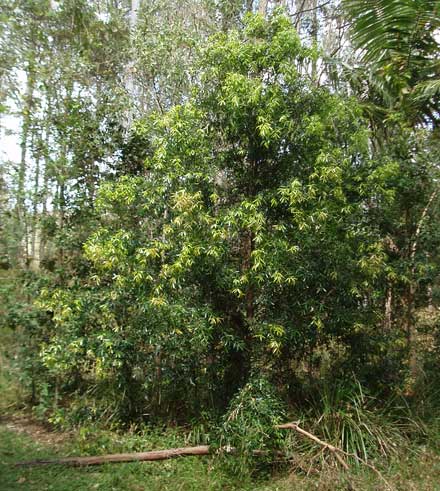 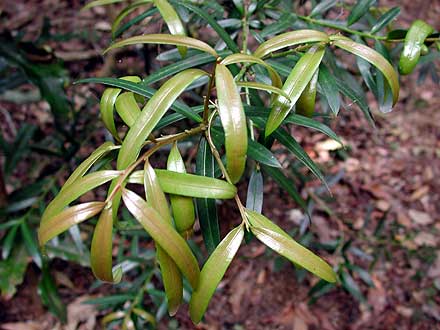 The seed cones/fruit are composed of two segments. A fleshy, edible purple-black, seedless receptacle or ‘modified stalk’ about 2.5 cm in diameter; and a hard, spherical, pale purple/blue, inedible seed about 1 cm in diameter. Both have a waxy coating. The fruit ripen in autumn and winter. 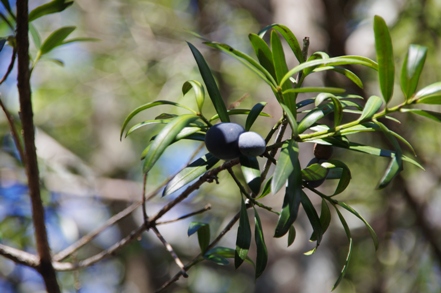 The fleshy part of the seed is edible and is used in bush tucker and condiments. In NSW, Illawarra plums were regarded as one of the best wild foods by Aborigines and early settlers, but in Queensland, where there is a much larger range of bush fruits, they are not very highly regarded. 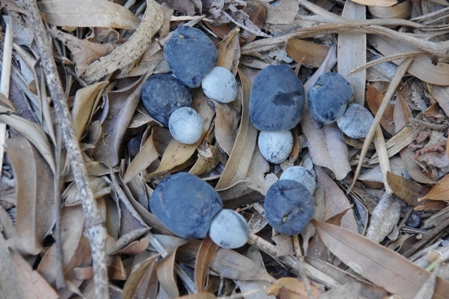