During the day they perch on a tree branch, often low down, camouflaged as part of the tree.

Found throughout Australia, including Tasmania in almost any habitat type

They breed mainly from August to December. Both sexes share sitting at night. 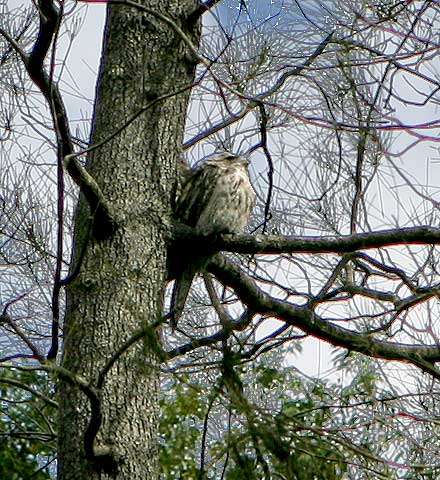 This remnant of a Tawny Frogmouth may have been the victim of a wantering feral cat or a domestic cat out prowling. Many tawnies die like this. Others get hit by cars when chasing moths attracted by headlights. 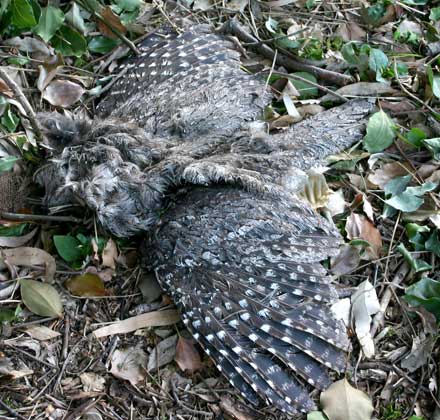