There are several native and introduced Plectranthus spp. in South-East Queensland. This one could be Plectranthus ciliatus.

Plectranthus ciliatus is a pleasantly aromatic, trailing or straggling herb or shrub native to south-east Africa. 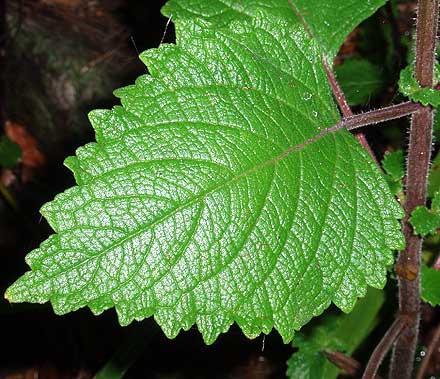 “Plectranthus is a genus of warm-climate plants, closely related to Solenostemon, sometimes known as the spurflowers. Several species are grown as ornamental plants, as leaf vegetables, or as root vegetables for their edible tubers. Plectranthus species are used as food plants by the larvae of some Lepidoptera species including the Engrailed moth Ectropis crepuscularia.” – Wikipedia 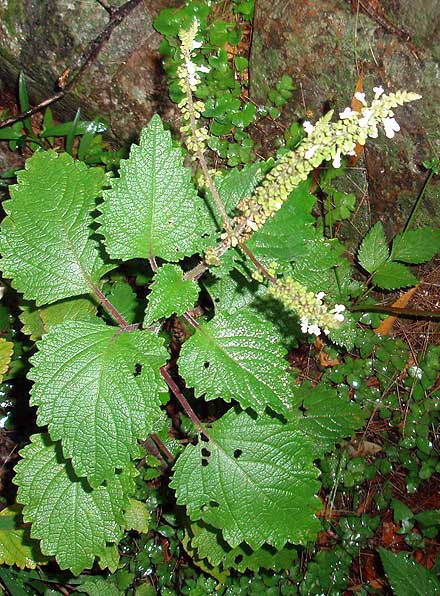 This specimen was pleasantly aromatic and the flowers mostly whitish with some blue on the petals and darker blue in the interior of the flower. 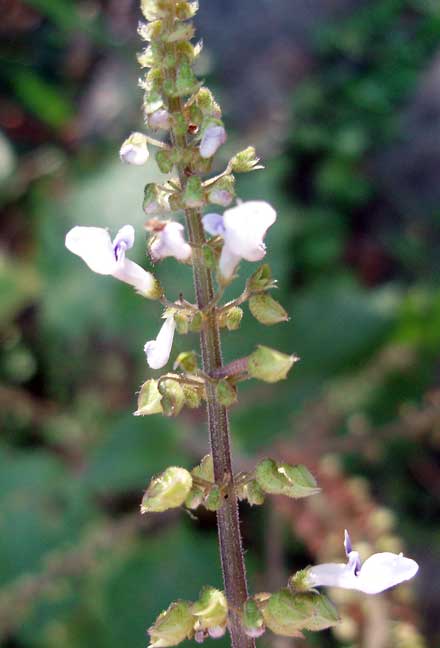