The base of the fertile frond is slender and narrowly wedge-shaped, whilst the upper half of the frond forks out two or three times.

Plantlet grow from buds on the outer lower regions on the shield fronds.

This is one of the most common and widespread of the fern species in Australia. Commonly cultivated. 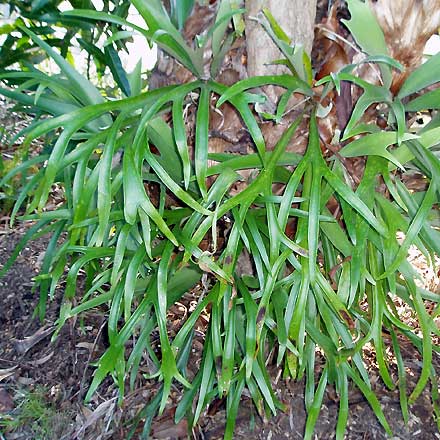