← Plectranthus sp (LAMIACEAE) could be Plectranthus ciliatus Pinus elliottii (PINACEAE) Slash Pine →
A semi-evergreen vine from southern Mexico south to Brazil with 3 soft leaflets with the middle often becoming a tendril that helps support the plant. This is a close relative of Cat’s Claw. The common name Monkey’s Comb comes from the spiny fruit which could be used as a comb. This infestation is one of only a few known in Brisbane. Dr Sheldon Navie found a big infestation along the Brisbane River at Indooroopilly along both sides of Radnor Street and Witton Road – with lesser amounts in nearby streets and in Indooroopilly Park. Sheldon has also seen it along Enoggera Creek in St Johns Wood, down somewhere near Othaki Road. Melinda McLean has reported an infestation at Bukulla St, Wacol. It is an aggressive weed and more sightings are likely. 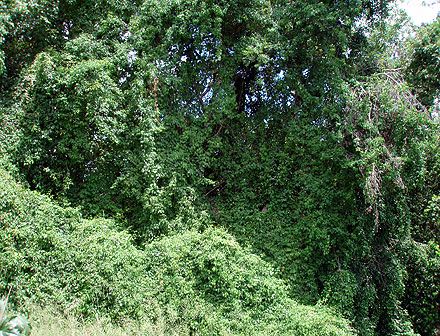 This infestation was found on a creek crawl as part of the surveying of Ithaca Creek, undertaken at the beginning of the Ithaca Intact project, early 2007. 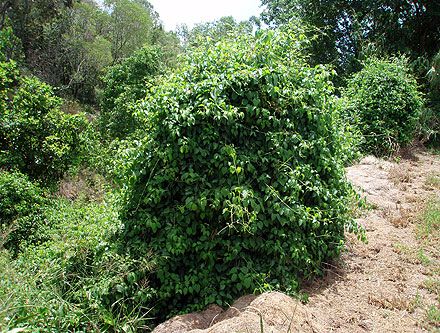 The leaves are larger and brighter green than Cat’s Claw whose leaves tend to be bluish green with reddish new growth. It also lacks the characteristic three claws of Cat’s Claw and is generally softer and faster growing. It can get quite large and is presumably long lived. Sheldon reported that the stems in the Indooroopilly infestation had grown to about 75 mm thick. 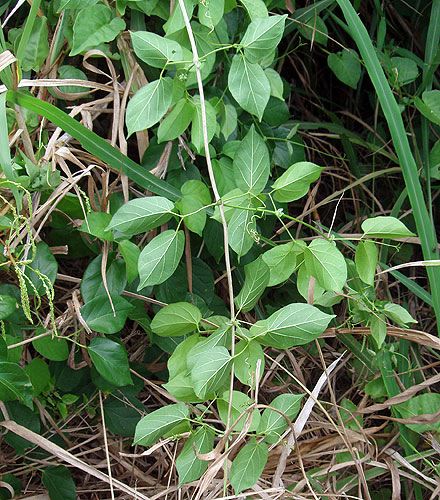 In late spring (October-December), there is a short bloom of creamy white flowers with yellow throats that arise vertically and arch over to face out from the plant. 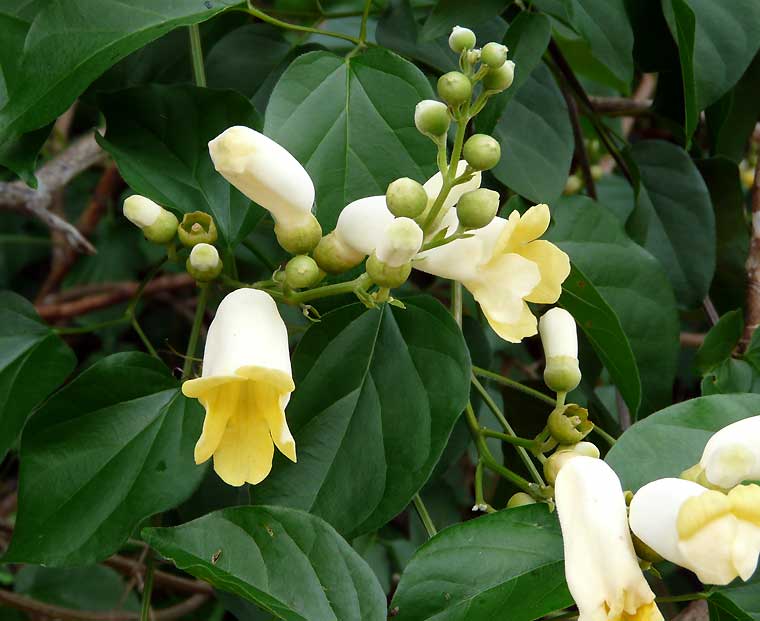