A good fast growing screening plant where it has access to water. Often used as a pioneer. Very soft stems, easy to break. Suffers in very dry periods, but will recover when cut back hard. Does not cope well with frost, which explains its coastal range in warmer regions. Bark (which yields a brown dye) used by aborigines to make fibre for fishing nets.

Leaves are elliptical with finely toothed margins, mid to deep green above and silvery underneath due to a dense covering of white hairs.

The small, soft mulberry like fruit up to 6 mm in diameter is eaten as bush tucker. It is sweet, but variable in taste, and you have to work hard to get a good meal. It contains many small seeds, ripe from May-July.

Grow from fresh seed or cuttings (which strike easily). 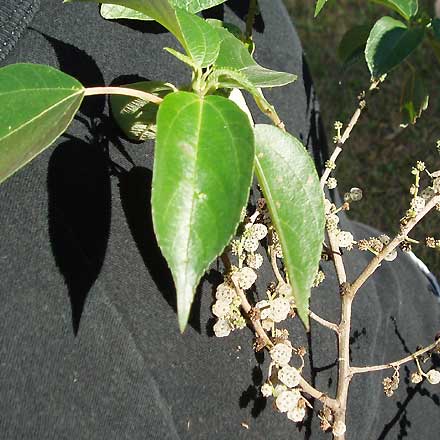 Pipturus from Greek “pipto” to fall and “oura”, of the tail – in reference to the hairy tail-like stigma. Another reference (Peter Hendry in Butterfly and Other Inveterbrates Club Newsletter of June 2006) suggests the tail might refer to the long petiole, acting like a tail for the leaf. Peter cites Baines & James (Australian Plant Genera), Elliot, Roder, Jones & David (Encyclopedia of Australian Plants) and Sankowsky (Garden on the wing). Argenteus is Latin for silvery, for the undersurface of the leaves. 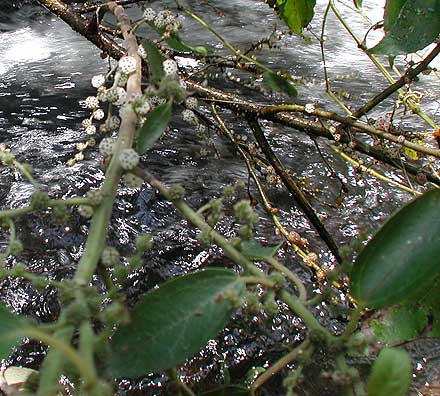 The flowers are used by adult butterflies for nectar.

The Urticaceae family of flowering plants include stinging nettles and the stinging trees (Dendrocnide spp.) Native Mulberry is a non-stinging member of the family, and a good plant for butterfly-friendly gardens. 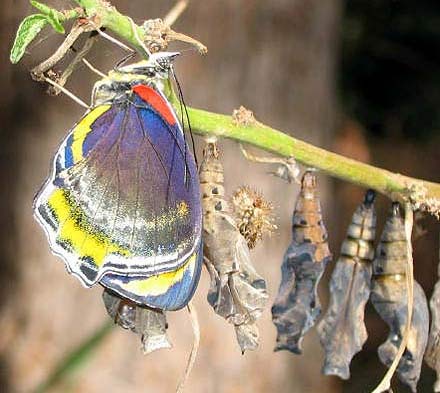 Some other common names include white nettle, koomeroo-koomeroo, kongangn, false stinger, Queensland grass-cloth plant, thil-la-wo. Several aboriginal names usually means it is important in Aboriginal culture. Native mulberry was used in making cloth. This photo shows pronounced speckles of the developing fruit. These are the seeds, which develop on he outside like the seeds of strawberries. 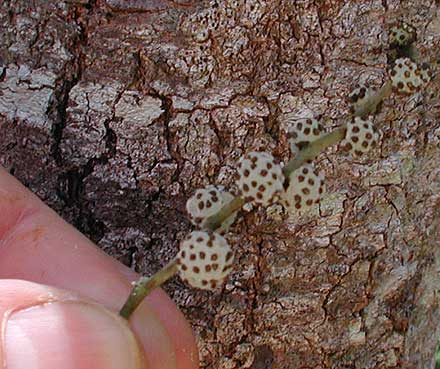 The male and female plants being separate is botanically referred to as dioecious. This is the female plant which bears the fruit. Another dioecious plant is Green Kamala. 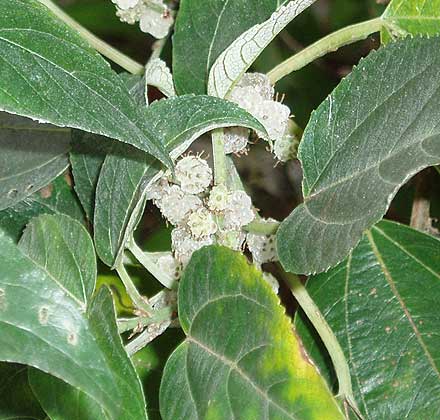 This photo shows the undersides of the leaves which are silvery due to the prence of white hairs. Pipturus argenteus is recorded in the botanical collections of 1769 during the voyages of the Endeavour under Captain James Cook. 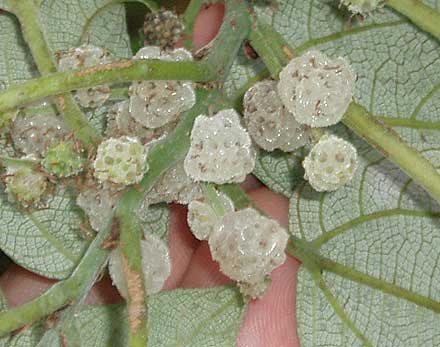 Fruit and undersides of leaves

It is reported that Pipturus argenteus (Dirk H.R.Spennemann, digital Micronesia) was used in the Marshall Islands for fibres, cordage, fishing lines, known locally as “armwe”. The Samoan name is “fausogâ”. 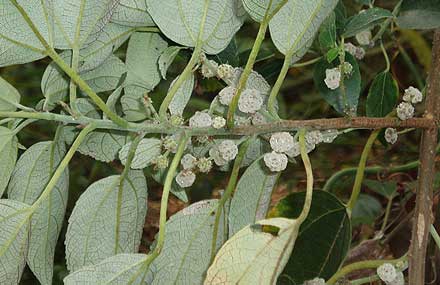 In traditional uses of plants for fishing in Micronesia by Dr Mark Merlin, Biology Program, University of Hawai’i at Manoa “Pipturus argenteus – On Nomwin, Namoluk, and Puluwat, fishing lines are or were made from the inner bark of this native shrub or small tree. On Puluwat the leaves are used in fishing lures, and the strong fiber extracted from the inner bark was also used for attaching fish hooks. In the Marshall Islands the bark of this tree furnishes strong strands useful for fish line, and branches are also said to attract live cowries when placed under a rock in the sea.” 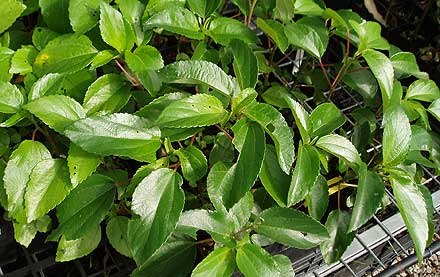 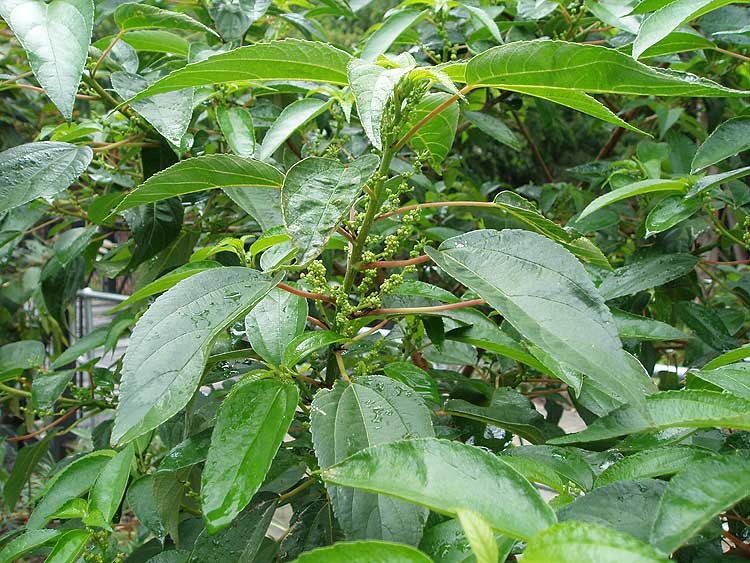