← Pithecoctenium crucigerum (BIGNONIACEAE) Monkey's Comb Phytolacca octrandra (PHYTOLACCACEAE) Inkweed →
A medium-sized tree with a narrowly ovoid crown capable of reaching over 30 m tall. Needles appear to be tufted at the ends of the branches. Twigs stout, orange-brown in color. Bark red-brown and furrowed when young, becoming very platy. The surfaces of the plates are covered with thin, loose scales that flake off, revealing a light brown to cinnamon color.

Fruit: cones are 3 to 6 inches long, ovoid, borne on a stalk, caramel colored; the umbo is armed with a small, out-curved spine; maturing in autumn. 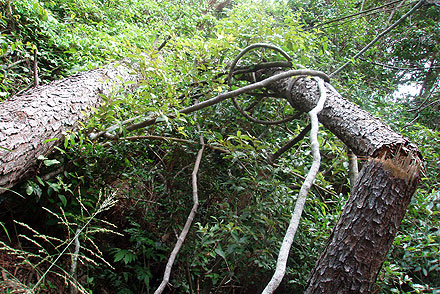 This is the uprooted base of a Slash Pine that was brought down by the weight of Cissus Antarctica Native Grape seen in the photo above. One for the good guys. 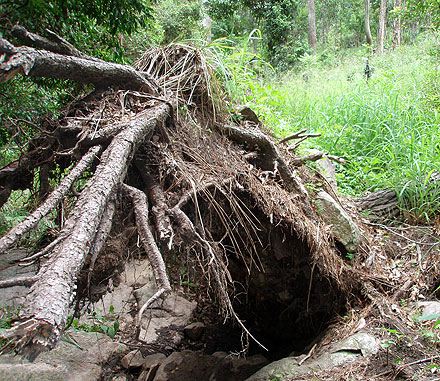