← Pennisetum purpureum (POACEAE) Elephant Grass Phytolacca octrandra (PHYTOLACCACEAE) Inkweed →
Phyllostachys nigra is a declared plant in NSW. It is an invasive, running bamboo. The stems begin green and then darken to black with the passing weeks, while the leaves remain deep green.

Reported to be less invasive than some others, but will form a thick grove.

“Phyllostachys is a genus of bamboo thought to be originally from Central China, but can now be found in many temperate and semi-tropical areas around the world. They have a prominent groove, called a sulcus, that runs along the length of each segment (or internode).” – Wikipedia 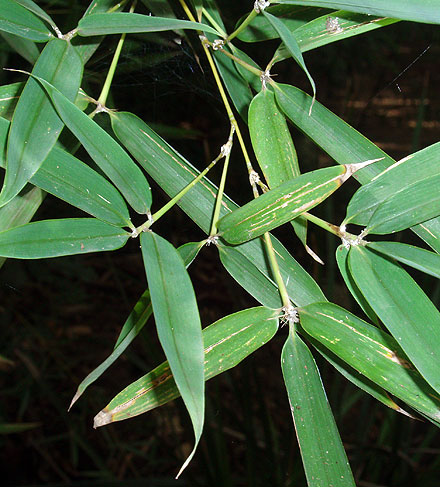