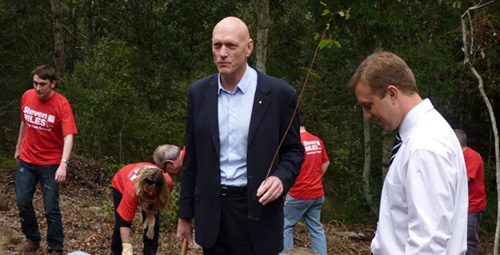 More than 50 SOWN members, campaign workers and media representatives descended on Lochinvar Lane, The Gap, on Ekka Wednesday, to plant a tree with Minister for Environment Protection Peter Garrett.

Peter Garrett praised the work done by Save Our Waterways Now in the Enoggera Catchment.

“This site is a great credit to Rob Whyte and all the volunteers who weed, plant and maintain this area,” he said. “It’s an amazing achievement to plant out 25-30,000 plants a years from your own nursery.”

Peter announced Caring For Our Country funding for Upper Kedron Brook and after speaking to the media with Steven Miles, Labor candidate for the seat of Ryan, answered questions from reporters.

He also autographed several Midnight Oil albums SOWN members and guests had brought to the planting.

On the day 282 plants went in the ground. SOWN Secretary Anne Jones thanked SOWN members for pitching in at short notice.

Rob Whyte and Peter Garrett enjoyed a wide-ranging, relaxed conversation while walking the creekside tracks to the junction of Fish and Enoggera Creeks. They were fortunate to be able to watch the new fish ladder in operation at Walton Bridge Reserve after the previous night’s rain, 87.5mm before 9am.

“Peter has the runs on the board in environmental activism,” said Robert Whyte.

“He has planted thousands of trees prior to his becoming Minister for the Environment, as Australian Conservation Foundation President, and while in Midnight Oil, and since. He didn’t need a lesson.

“Peter told me he was hugely influenced at school in Hornsby when Barker College decided to make their school a living environment instead of a concrete and asphalt bunker. They transformed the landscape with trees. That experience has stayed with him.

“Peter agreed with enthusiasm and conviction that environmental issues need to be brought to where people live, in urban communities, in practical ways, so that people generally and young people and school students in particular, can experience nature and integrate natural ecologies at work and at home.

“As we walked the site Peter was impressed by the environmental values in our catchment, so close to the city.

“At SOWN we hope to involve the community in integrating nature with their everyday lives, by creating opportunities to volunteer, learn, both on public land, and in their own back yards,” Robert said. 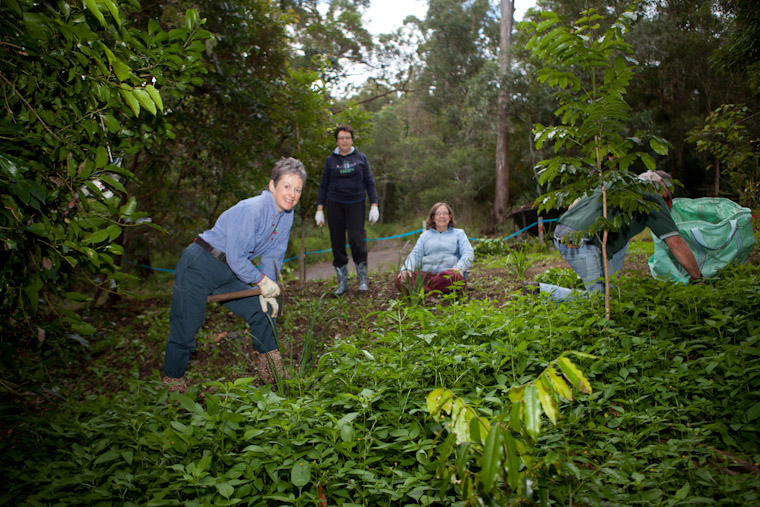 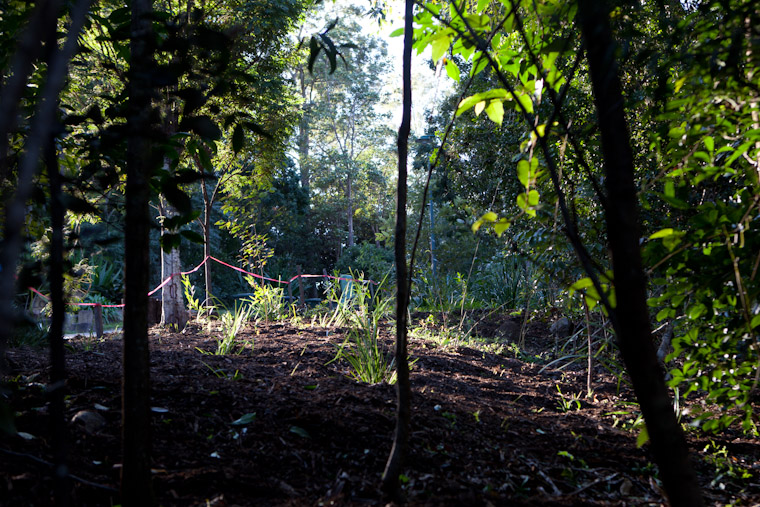 The site in great shape after a good mulching. Photo: Mark Crocker