Inflorescences growing on into a leafy shoot. 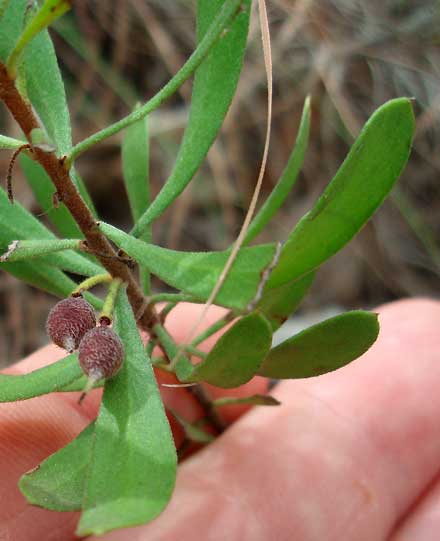 Persoonia sericea is geographically variable, with a number of morphologically distinctive local forms, some of which may prove, on closer analysis, to be distinct species. The entire P. sericea–P. fastigiata–P. subtilis complex warrants a taxonomic revision in its own right. Persoonia sericea hybridises sporadically with P. cornifolia, P. curvifolia, P. cuspidifera, P. linearis, P. rigida, P. tenuifolia and P. terminalis subsp. recurva where they grow together. (ANBG, Flora of Australia)

Persoonia is a genus of 98 species of shrubs and small trees in the tribe Persoonioideae in the large and diverse plant family Proteaceae. In the eastern states of Australia, they are commonly known as Geebungs, while in Western Australia and South Australia they go by the common name Snottygobbles. The generic name is in honour of Dutch mycologist and botanist Christiaan Hendrik Persoon. (Wikipedia) 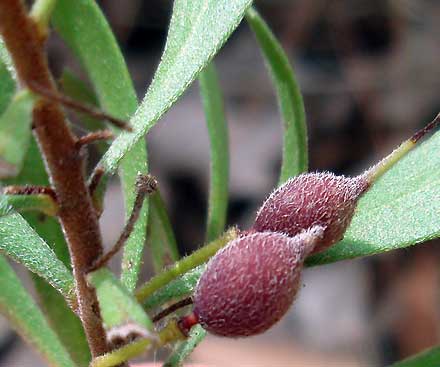