As the name suggests the stems become white and corky with age. The vine grows to about 6 m, variously hairless to hairy,

Alternately arranged leaves are usually lobed with three-pointed lobes like an ivy, sometimes entire. There is a small tendril and a stipule at the base of each leaf stalk 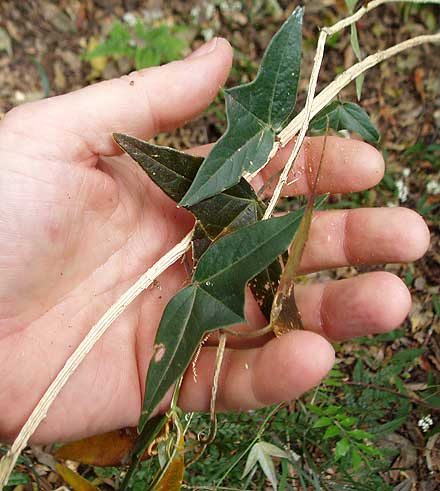 Flowers are small and usually greenish or whitish throughout most of the year. This photo shows the flowers and stems reddish, unusual but within the realms of variation. Also visible in this photo, the stipule and tendrils.

This species has a very variable leaf shape and has been renamed many times due to misidentification. 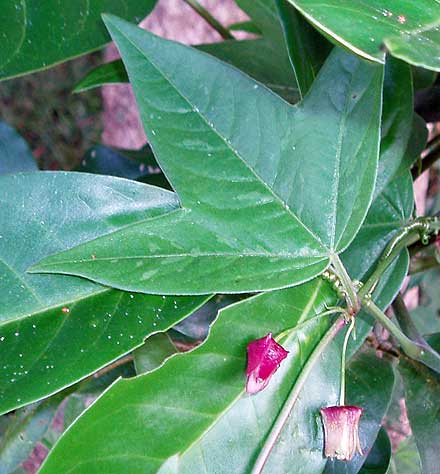 Fruit are spherical berries, blue-black when ripe. This photograph was taken on Enoggera Creek near Yoorala Street The Gap. 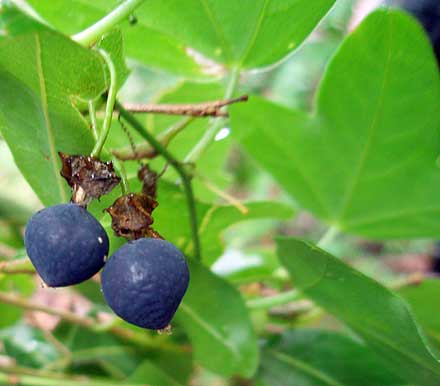 This flower and bud, showing tendril, was photographed at Walton Bridge Reserve The Gap on Sunday, 11 March 2007. 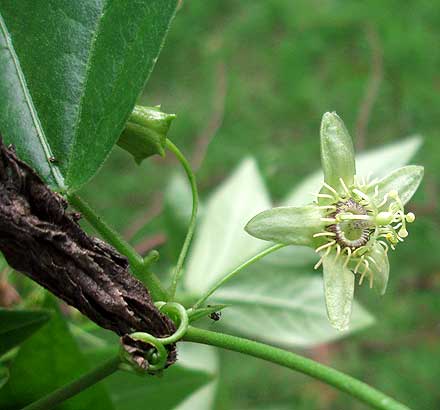