Lower leaves are up to 20 cm long and 12 cm wide and are deeply divided (pinnately dissected). The leaves on the upper branches decrease in size and are less dissected.

Numerous small white or cream flower-heads are borne at the tips of the branches, mostly during summer, and least often during winter. The seeds are achenes and are about 2 mm long. Five achenes are produced on each flower-head. These achenes consist of a small black seed topped with a couple of scales, two straw-coloured appendages on top of the seed (actually sterile tubular florets), and a large flat bract below the seed.

Declared noxious in Queensland and is a serious pest in the central highlands area. Also declared in the Northern Territory, New South Wales, Victoria, South Australia, Western Australia and Tasmania. 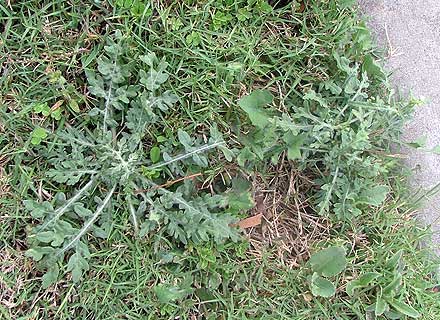