← Nephrolepis cordifolia (DAVALLIACEAE) Fishbone fern Odontonema tubaeforme (ACANTHACEAE) Fire Spike →
Native to Southern Africa, Ochna is an extremely hardy plant, capable of growing in harsh, dry conditions. It is difficult to kill, especially larger specimens. It can grow to 4 m in situations where it is supported by other plants, but mostly grows to about 2 m.

The branches are rough to the touch because of many lenticels (breathing pores). 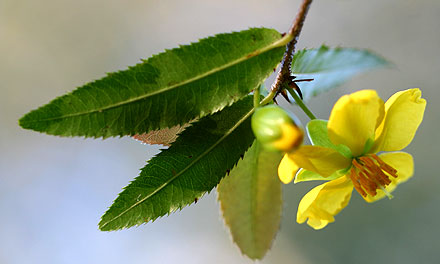 The flowers have green sepals, which enlarge as the flowers age, finally becoming fleshy and bright red.

Where Ochna has become established, it forms dense thickets in which nothing else seems able to survive, and the ground becomes choked with seedlings. Natural regeneration is completely blocked.

Although listed by the BCC as an environmental weed, Ochna is still cultivated in Brisbane, frequently to form hedges. 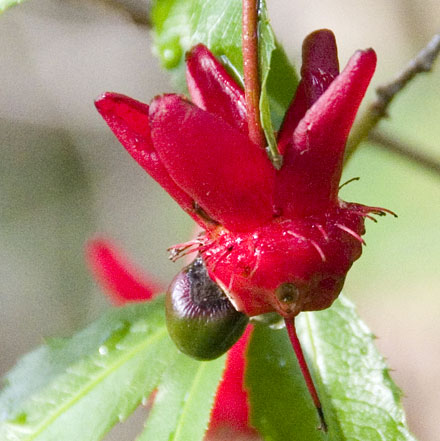 Six shiny, oval green then red fruit develop on the central area of the flower, each with a single seed. The fruit and seeds of Ochna are relished by birds because of their high fat content. This causes the spread of this weed. 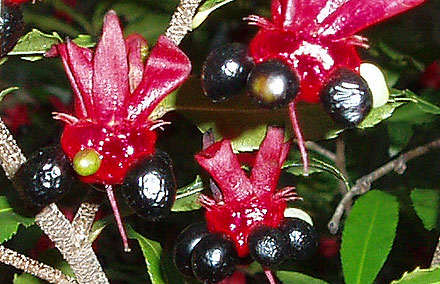 The flowers are quite attractive.

After extensive soaking rain, it is sometimes possible to remove small plants by hand pulling, at other times this does more harm than good, breaking the plant off at the base, from where it will regrow into a thicket.

The best method is to cut about 15 cm from the ground and paint with neat glyphosate. If the plant resprouts the new growth can be painted when it first appears, and it will take up the posion very quickly. This second application usually kills the plant. Some people prefer to frill the trunk below the cut, thus exposing more of the plant tissue to the poison. This is useful on very large plants.

An infestation can be effectively removed in two or three years, so long as any emerging seedlings are dabbed with poison. As the plant does not regrow from broken sections, attempts at removal can be successful by means of light maintenance after the first effort.

Birds however will continue to bring in new seed. 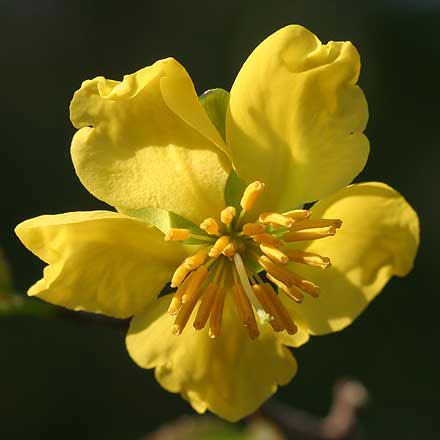 This unusual picture was taken Sunday, 23 September 2007 in Brisbane Forest park, when the fruit was quite green. 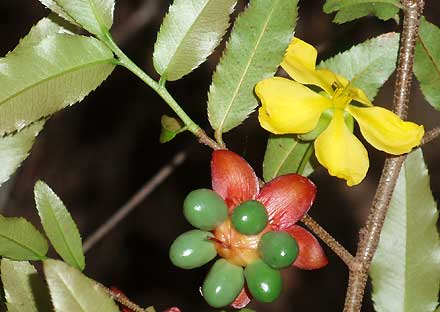