Net-casting spider is a clever hunter

← Clean Up Australia Day 6 March Groundcovers critical to bush generation →
One of the best things about being a bushcare volunteer is getting up close to some of the world’s most amazing animals. Here in Enoggera catchment there are several of the world’s coolest spiders including net-casting spiders.

“I was about to pull off a weed that was creeping all over a native plant and there was this amazing sight of a spider holding a tiny net,” Anne said.

“When they detect a suitable prey item, they expand the net and lunge forward to engulf the prey with it,” he said.

If that’s not cool enough, net-casting spiders have huge eyes with eyesight that is 2,000 times as sensitive as the human eye. These huge spooky eyes are why they are also called orge-faced spiders.

Rob said net-casting spiders use their eyes only at night.

“When daylight approaches, the spiders digest their retinas. Each evening, at dusk they regrow their super-sensitive retinas to be able to see again,” he said.

The Orge-faced Netcaster is about 18 mm in body length not including the legs with males and females the same size.

It is found in Queensland, New South Wales, Tasmania and New Zealand. Other species of net-casting spiders are found all over the world mostly in tropical and subtropical regions.

For more information about spiders go to www.arachne.org.au. 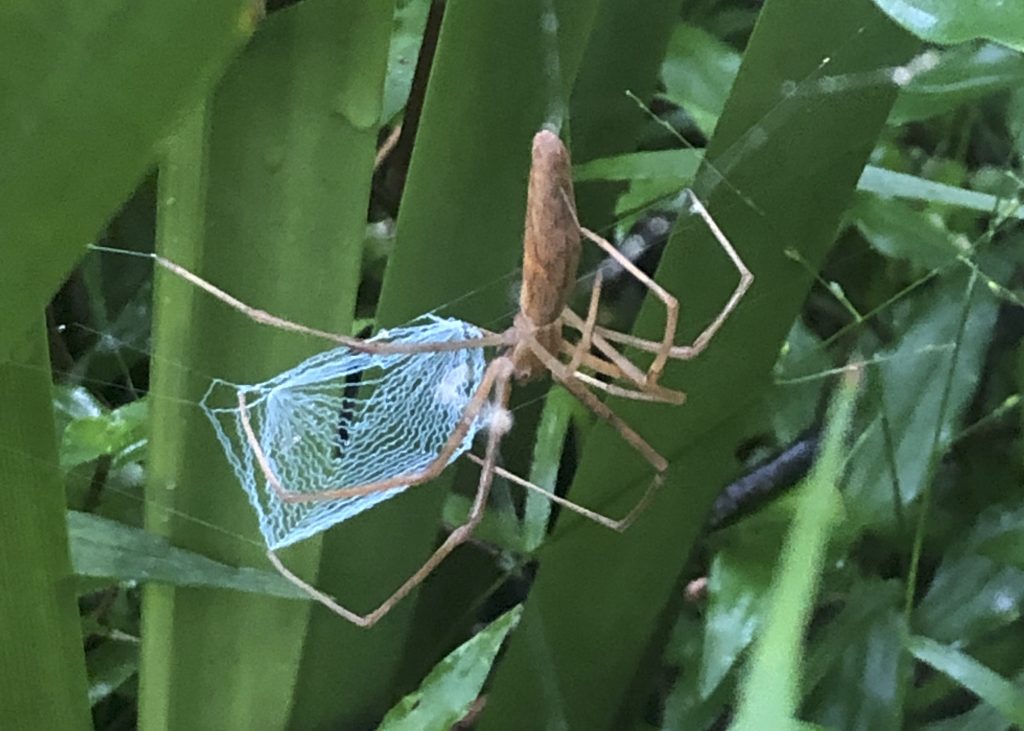 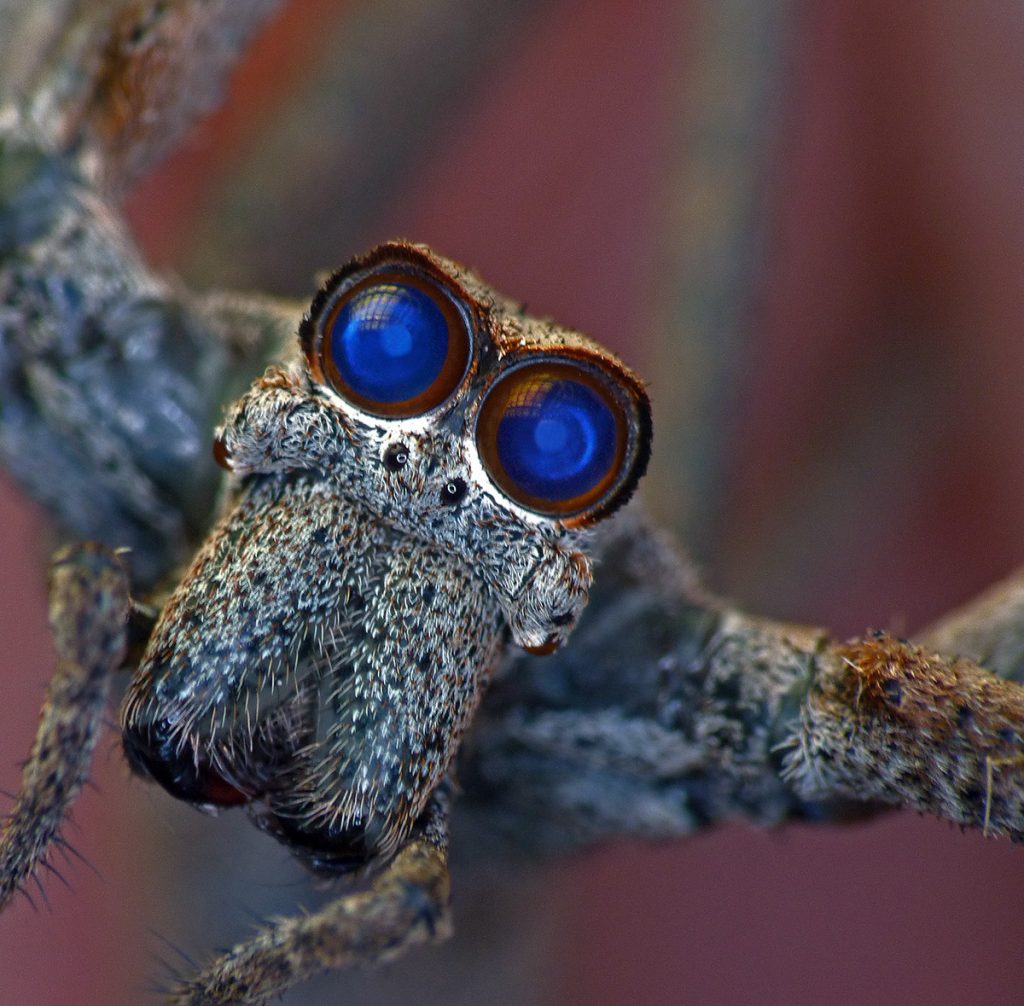