Black outside, pellucid blue-white inside. Mouth opening is a half-circle. Ranges from the littoral fringe down to low tide extremes.

Nerita ca breathe in damp air. Feeds on algae and organic debris with its strong, broad radula. Is predated upon by Rock Shells.

The Black Nerite has a shell which is globe-shaped with a flat spire and a large body whorl. The shell surface is smooth or marked with fine spiral striations caused by irregular growth lines. The aperture large and semicircular. Aperture has 1-2 teeth at the side. Its Operculum is calcareous and granular outside. The operculum has a peg which catches under the columella. (mesa.edu.au) 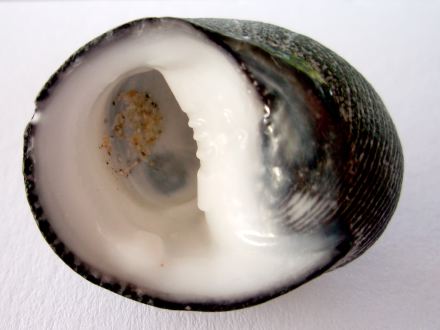 Neritas can be found huddling together in moist recesses, usually facing away from the sun. Common on Australian coasts from Queensland to Perth, and at the Kermadec and Norfolk Islands. (Nereus = god of the sea, belonging to the sea.) 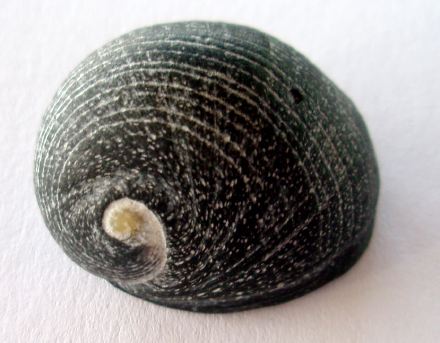