Among the worst weeds because of its toughness and drought hardiness. Introduced as a leguminous cattle fodder. Neonotonia wightii belongs to the subgenus Glycine, which is entirely African in origin. It is found in the East Indies, tropical Asia, Ethiopia, through east and central Africa and down to southern Africa. 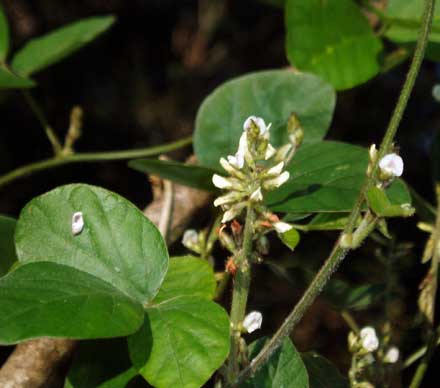 Glycine stems aggressively twine around other vegetation, using it as a support to get to the canopy. The base of the stem becomes woody with age. The Amnemus weevil Amnemus quadrituberculatus attacks the roots of the plant in northern New South Wales (Braithwaite, Jane and Swain, 1958) and south-eastern Queensland (Roe and Jones, 1966).

Australian cultivars introduced for agriculture include ‘Cooper’, ‘Clarence’ and ‘Tinaroo’. 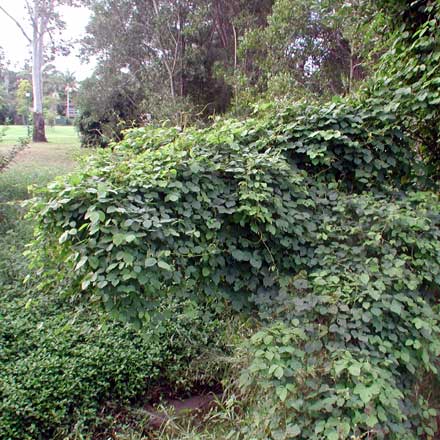