← Myrsine variabilis (MYRSINACEAE) Muttonwood Murdannia graminea (CAMPANULACEAE, COMMELINACEAE) Slug Herb, Blue Murdannia →
Myoporum acuminatum is found in eastern Australia in rainforest or wet eucalyptus forest near the coast, often associated with mangroves, occasionally in drier rainforests, north from Bega. The plant first appeared in scientific literature in Prodromus Florae Novae Hollandiae by Robert Brown, 1810. The genus Myoporum refers to the plant’s ability to close its stomata and persist in drier areas. The species name acuminatum refers to the pointed leaves. A hairless shrub or small tree, usually up to 4 m tall, it has greyish brown and somewhat wrinkled bark.Leaves are 3 to 14 cm long with a fine point. The base of the leaf becomes thin near the leaf stem. Oil dots or streaks of varying sizes may be seen under a magnifying lens. The midrib vein is easily seen, especially below, other lateral or net veins are obscure. 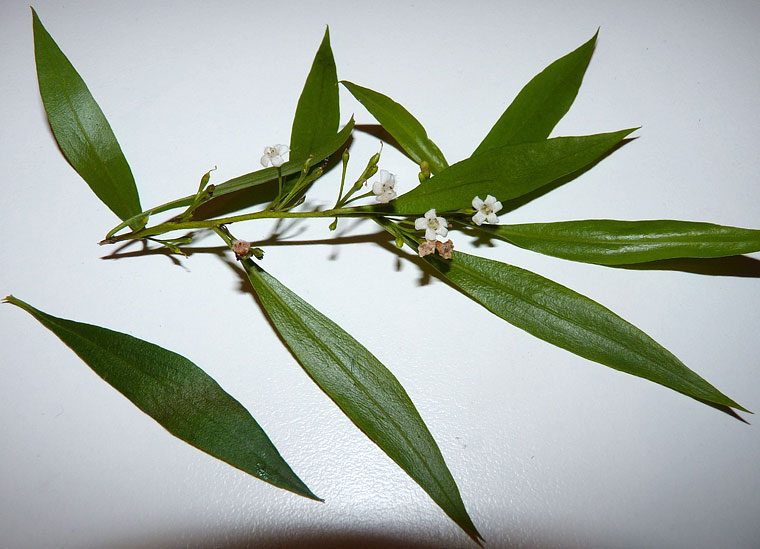 Flowers with five white petals, in clusters from the leaf axils from May to August, though later in the southern parts of its range. Fruit is a roughened, wrinkled globular drupe, around 5 mm in diameter, blue or purple in colour, maturing from October to February 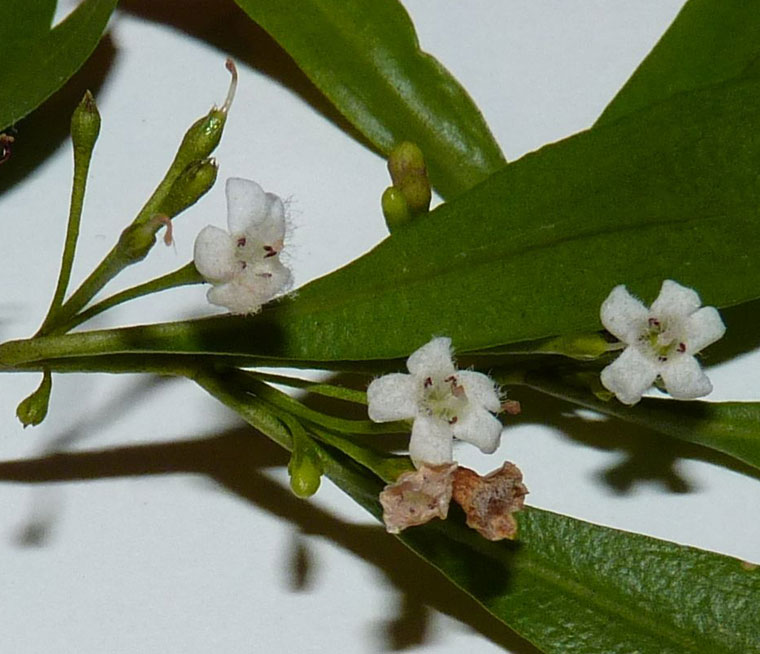