Muscidae is a family of flies found in the superfamily Muscoidea, commonly known as house flies or stable flies. dults can be predatory, hematophagous, saprophagous, or feed on a number of types of plant and animal exudates.

They can be attracted to various substances including sugar, sweat, and blood. Larvae occur in various habitats including decaying vegetation, dry and wet soil, nests of insects and birds, fresh water, and carrion.

The housefly, Musca domestica is the best known and most important species. 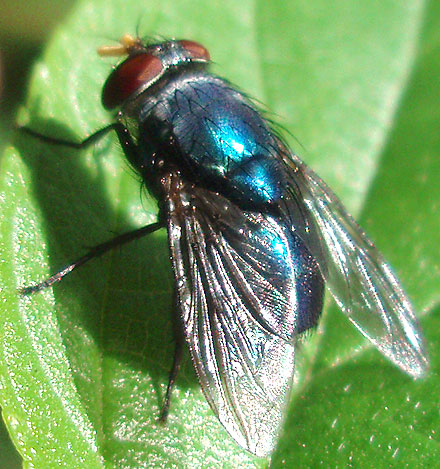 Another image of a Blue Fly, Black Garbage Fly or Dump Fly this one being more black. Photographed Sunday, 20 January 2008. 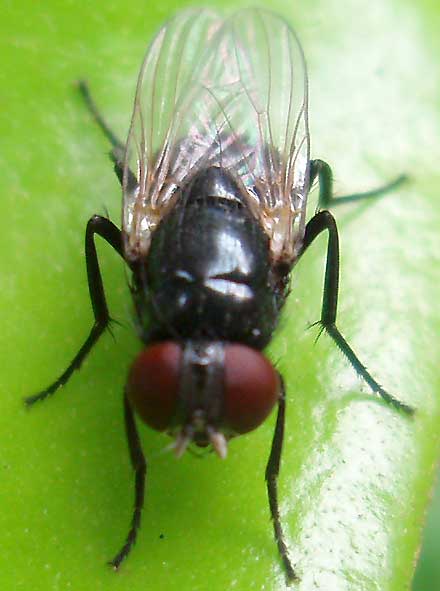 Musca domestica is the most common fly occurring in homes, the most familiar of all flies and indeed one of the most widely distributed animals.

The adults are 5-8 mm long. Thorax gray, with four dark longitudinal lines on the back. The underside of the abdomen is yellow. The whole body is covered with hair. They have red compound eyes. The females are slightly larger than the males and have a much larger space between the eyes. 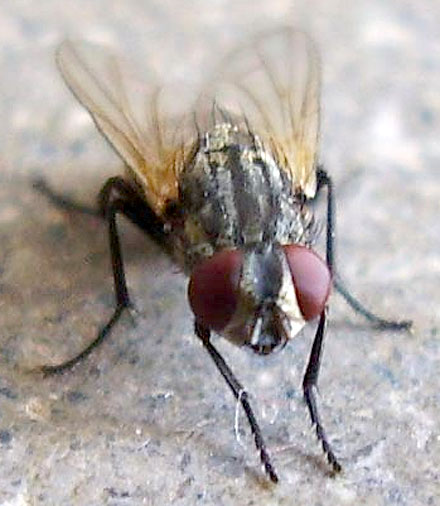