← Megathyrsus maximus var. maximus (POACEAE) Green panic, Guinea grass Modiola caroliniana (MALVACEAE) Red-flowered mallow, Carolina mallow →
Millettia (previously Pongamia) pinnata is thought to have originated in India and is found throughout Asia. Not often naturalised, although propagates with alarming ease under the parent tree. This one may start popping up in warmer areas.

Pongamia is a deciduous tree to about 15-25 metres with a large canopy. Flourishes in intense heat and sunlight. Its dense network of lateral roots and its thick, long taproot make it drought tolerant. Grows wild on sandy and rocky soils, including oolitic limestone, but will grow in most soil types, even with its roots in salt water.

This tree has many uses: landscaping, bark can be used to make twine, black gum is used to treat wounds, lamp oil, biodiesel. Juices from the plant, as well as the oil, are antiseptic and resistant to pests.

All parts of the plant are toxic and will induce nausea and vomiting if eaten. 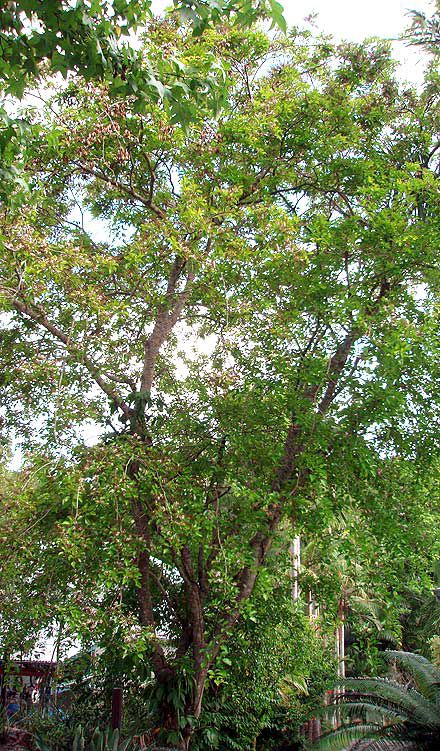 Leaves are a soft, reddish to pale green in early summer and mature to a glossy, deep green. The tree tends to look scrappy in spring in Brisbane, probably the southernmost extent of its possible range, as it cannot withstand hard frosts. 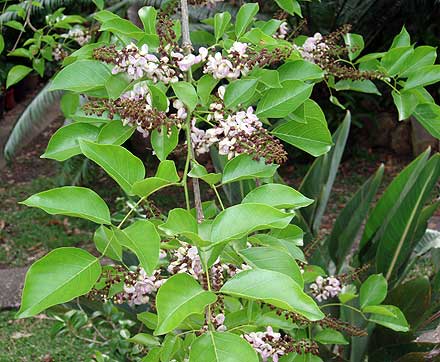 Small clusters of white, purple, and pink flowers blossom on branches throughout the year, maturing into brown seed pods. 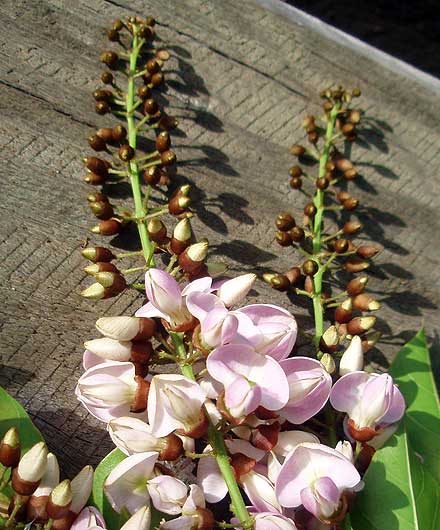 This photograph clearly shows the pea like flower typical of the Fabaceae. Root structures promote nitrogen fixation, a feature of the Fabaceae or pea family. 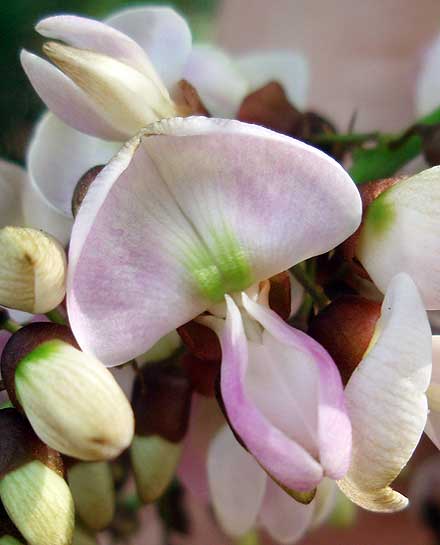 The fruit is a brown capsule with a single seed – a bean.

Produces seeds of 30-40 per cent lipid content (very high oil content). The seed oil is an important asset of this tree having been used as lamp oil, in soap making and as a lubricant. Recently the seed oil has been found to be useful in diesel generators and along with Jatropha spp. it is being explored in hundreds of projects throughout India and the third world as feedstock for biodiesel. 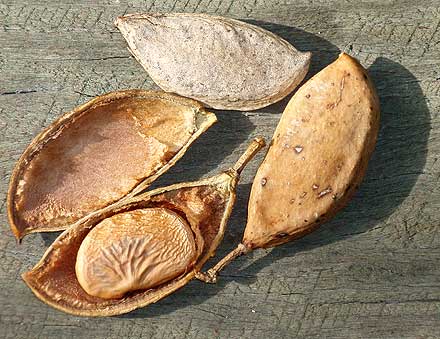