← Melaleuca viminalis (MYRTACEAE) Weeping Bottlebrush, River Bottlebrush Melaleuca bracteata (MYRTACEAE) Black Tea-tree →
This small-medium tree has attractive narrow foliage and white papery bark. It is drought-resistant and quite hardy, although it can be affected by frost. An excellent garden and street tree to 12 m tall, with many cultivars. Mostly grows in low-lying river flats and damp creeks, rarely in dry areas; north from the Victorian-NSW border to about Bundaberg. A characteristic and widespread tree in remnant dry rainforest. Seed easy to collect, stays on the tree for a long time but often high up. Leaves narrow-elliptic, mostly 6-9 cm long, 5-14 mm wide, attenuate at both ends, apex acute; midrib, marginal and lateral veins distinct. New growth purplish pink. 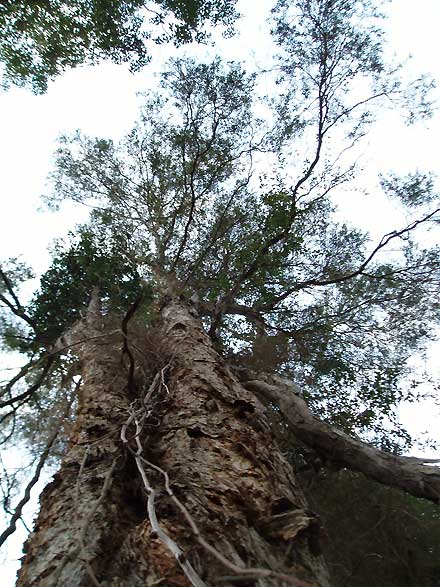 A very large specimen in remnant scrub. A Gum Vine of considerable age is living on this tree, which has a girth of about 1 m at the base. Photo: Robert Whyte

With ideal conditions will grow up to 1200 mm per year, and form an excellent weeping canopy within five years. Said to be prey to Saw Fly attack. 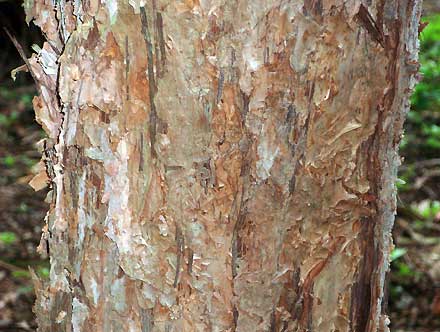 Flower-spikes are generally white or greenish but pink, red and mauve forms can be found. The red cultivar is called Rubra. Hostplant for sapsucking bug Chionaspis candida. 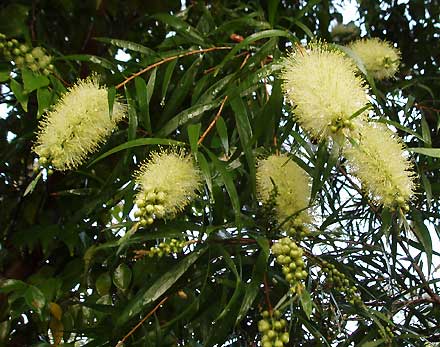 This is a relatively small specimen compared to the giant shown above. The surrounding trees include Alphitonia, Grey Gum, Jagera, Brush Box, Guioia, Rapanea and Red Kamala. 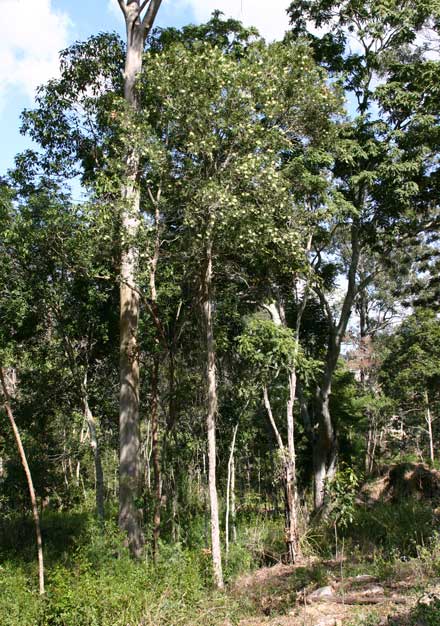