← Manihot grahamii (EUPHORBIACEAE) Ornamental Tapioca Macfadyena unguis-cati (BIGNONIACEAE) Cat's Claw Creeper →
This plant was found on Riaweena Street The Gap probably spreading from a dumping of garden waste, or possibly was planted there by nearby residents.

It is a rounded, warm-climate shrub from Mexico growing to 3 m tall and almost as wide. It bears large, mid-green leaves and long, pendulous, bright red flowers.

Very polymorphic and as a result has been described under numerous names. 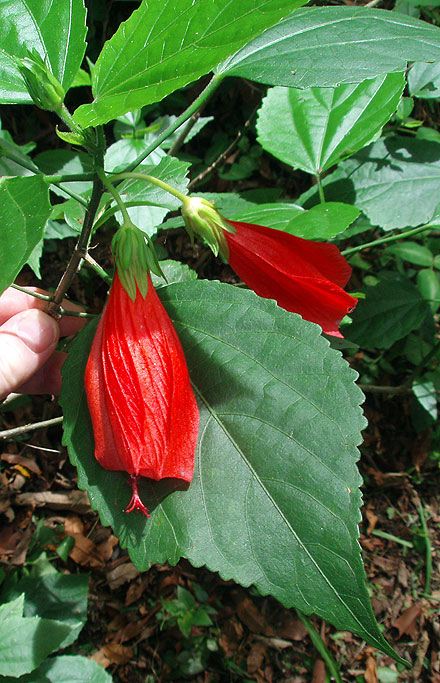 Another example of a naturalised Malvaviscus arboreus var. mexicanus, this time near Walton Bridge Reserve, almost certainly a result of dumping, as it was growing out of a pile of dumped green waste. 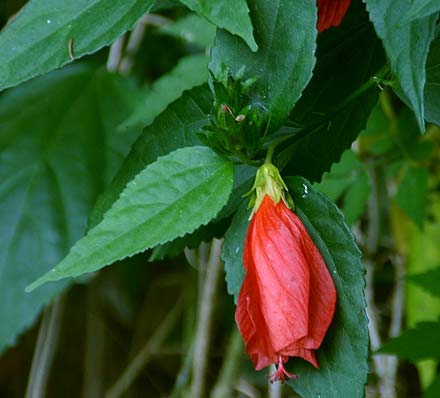